Why 'Dr. Biden' Became a Flashpoint

Jill Biden is about to inherit a new title: FLOTUS, or First Lady of the United States. But the one she’d rather hold onto is one that came in the leather-bound diploma sheath that made her “Dr. B.”

That much was made clear in an interview last night with Stephen Colbert. “One of the things that I’m most proud of is my doctorate,” Dr. Biden said in an interview with CBS’ “Late Show.” Noting that she planned to continue in a classroom when she moves into the White House in January, Dr. Biden said it just made sense to keep doing what she had done all eight years her husband was Vice President.

Dr. Biden’s decision to keep teaching isn’t what’s remarkable, although she is set to be the first First Lady to have a paying job while her husband is President. What stands out is both the conservative reaction to that decision — and the incoming administration’s hard-shouldered lean into it.

On the first point, do conservative critics realize that the current Vice President’s spouse, Karen Pence, teaches? The Wall Street Journal column that sparked a million tweets, which called on Dr. Biden to drop her academic honorific, was roundly criticized as sexist and condescending. Few would credibly think it’s acceptable to call a 69-year-old woman “kiddo,” as the writer addressed Dr. Biden.

The National Review doubled down on the column’s sentiment, labeling her academic credentials “garbage.” Fox News’ Tucker Carlson devoted seven minutes of his Wednesday show to the topic, calling Dr. Biden “borderline illiterate.” It’s hard to see why a doctorate of education is seen as irrelevant when Condoleeza Rice’s doctorate in political science had folks calling her Dr. Rice throughout her time as President George W. Bush’s national security adviser. (She later upgraded to Madam Secretary in the second term.)

On the second point, for Team Joe to start Dr. Biden’s second tenure in the executive branch with such a counter-punch signals a few important things. First, is that she’s not going to be the gracious — read: passive — player in the administration. If she’s going to be an asset, it will be in forcing conversations and winning debates, not in serving trays of cookies. Second, they’re not going to keep her under glass. Much the way Mrs. Carter sat in Cabinet meetings, Dr. Biden is signaling to the West Wing that she’s going to hold her own. And finally, she’s not afraid of a scrap. During the campaign, she famously shut down a heckler in Manchester, N.H., and half-tackled a protester in Los Angeles.

As former Republican National Committee spokesman Doug Heye dryly observed on Twitter, this — coupled with faux outrage over a Biden aide’s profanity in a profile — only matters to a handful of people in Washington: “3600 Americans died yesterday and we’re supposed to be worried about a staffer using a bad word or someone’s doctorate?”

None of this should be new. In 2008, I flew out of the Democrats’ convention in Denver with then-Senator Biden for a bus tour of rural Ohio and Pennsylvania. At one stop, I introduced myself to one of the Biden aides and mentioned that I’d like to say hello to Mrs. Biden, given I was going to be spending time on the road with the new team. The aide corrected me, saying that I was asking to meet Dr. Biden. The embrace of the title is not a new manifestation. It’s just that her critics are now trying to figure out how to use that credential against her.

Which perhaps Dr. Biden should take as a compliment. One of the most basic truisms in politics is that you take your opponent’s strongest characteristic and turn it into a liability. Barack Obama’s charisma and popularity were treated like celebrity, and John McCain’s experience was used to suggest he would bring no change. The fact that political rivals are starting to pick apart Dr. Biden betrays a sense of how much of a player they see her becoming. Sure, her fighting back may amplify the moment, but it also could turn her into someone who is willing to get into the muck, and not someone who refuses to wade in. 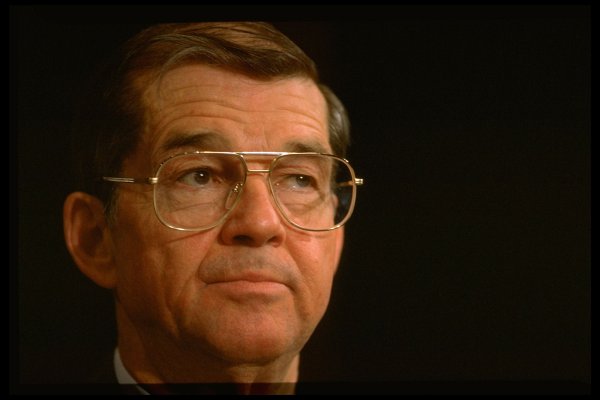