Democratic politics lost a legend this week, but you’ve probably never heard of him. Former Democratic National Committee Chairman Don Fowler led the party during Bill Clinton’s 1996 re-election campaign and, over the course of five decades in politics, helped candidates navigate the tricky terrain of his home state of South Carolina. He was 85 and had been battling leukemia and COVID-19 in recent weeks.

During the second half of the 20th century, there were few fights inside the Democratic Party that didn’t feature Fowler’s scrappiness. If the rules of the Democratic Party are rightly described as byzyntine, then Fowler was Constantine. In fact, there are even odds that he actually wrote those rules himself, which made him a formidable opponent inside the archaic Rules and Bylaws Committee, which is part debating society, part knife fight.

As chairman of the South Carolina Democratic Party in the 1970s, he was part of a successful coalition that rejected the AFL-CIO’s attempts to quash diversity requirements at DNC events. He ran the party’s 1988 convention in Atlanta and spent the mid-1990s on frenetic — and later scrutinized — fundraising tours to help Clinton win a second term. If you were a C-SPAN junky during the primary fights of 2008, you rightly paid attention to the DNC’s Brangelina: Don Fowler was supporting Hillary Clinton while his wife Carol Fowler was backing Barack Obama. More recently, he unsuccessfully sought to preserve the political power of party insiders, known as “super delegates,” to pick the presidential nomination.

A Ph.D.-credentialed political-science professor and communications consultant, Fowler was most valued for his clear-eyed assessment of the political moment and its consequences. For instance, he recognized early on that Democrats in South Carolina would have no future unless they brought into the fold the power of Black voters. Fowler was one the voices that helped force — over time, admittedly — the party to abandon its embrace of white Southern identity and to plan for a future. He was a life-long member of the NAACP and helped the DNC boot Lyndon LaRouche from contention for the party’s presidential nomination over views that Fowler called anti-Semetic.

Fowler hated to be called a gatekeeper for South Carolina’s Democratic establishment, which he often was, because it implied exclusion. But he was at the door regardless — sometimes with a glass of wine or a snack. When you started seeing cars parked along the curb on a tree-lined street in Columbia, S.C., you knew you were getting close to the two-story Fowler home that over the years became an unofficial Democratic Party headquarters. If the presidential candidate being hosted there on a given night was big enough, the parking could be easier at the shopping center two blocks away. If the guest was a neophyte, then things got easier on Kilbourne Road.

In an era of Facebook buys and social media campaigns, the Fowler circuit was a nod to the traditional hand-to-hand campaigns that give everyone a live opportunity to prove themselves viable. There were few candidates who competed in South Carolina who didn’t seek a call with the Fowlers and then an invite to their home for a “chat” with friends.

Guests will never fully understand how the Fowlers packed so many people into their living room over the years. Often, the crowd spilled into other rooms, but no one complained. The hopefuls would offer their pitch and then South Carolina voters would exercise their political birthright: grilling the candidates who dipped into their part of the country looking for support. More than a few votes were decided on the long walkway from the Fowlers’ front door to the street.

That’s not to say Fowler was without fault. He could be stubborn and grudge-prone. There are so many stories about his epic ego during the 1996 campaign that it’s tough to separate fact from fiction. At first imagined as a deputy at the DNC, Fowler clawed his way to more responsibilities and the corresponding spotlight. He later found himself at the center of a Senate investigation into his chase of campaign contributions, including $3 million from foreign sources that were returned. He categorically denied intervening with the CIA for one Lebanese donor. As with so many things involving a Clinton, the inquiry bubbled into a full-blown scandal that ultimately proved a nothing-burger. Fowler did not face charges, but he was dinged by the experience. “We won the election. That was the big piece of this campaign. Whatever my legacy is, or is not, it is secondary to that,” he told reporters at the time.

The husband-wife duo have been cogs in South Carolina Democratic politics for so long that last week, the state’s official party headquarters renamed its building in their honor. But Fowler’s more relevant legacy today may be an introduction that unfolded decades ago when then-Senator Joe Biden was visiting the Fowler home and met Rep. Jim Clyburn. In the darkest days of Biden’s bid for the White House this year, Clyburn’s endorsement turned things around for the candidate, who went on to win South Carolina, the Democratic nomination and the White House. There are few who would credibly argue that Biden would be the President-elect at this moment had Clyburn not stepped in when he did. And that connection, like so many others before and since, started under Don Fowler’s roof. 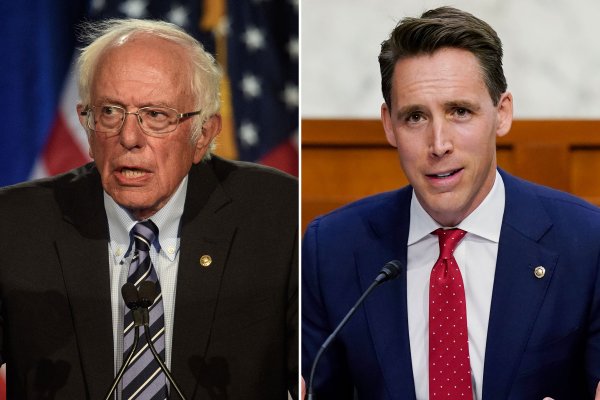 How a $1,200 Check Brought Together an Unlikely Pair: Josh Hawley and Bernie Sanders
Next Up: Editor's Pick