Dropping much of the let’s-all-come-together comity from recent weeks, President-elect Joe Biden showed just how out-of-patience he has become with his predecessor and his allies. Where Biden initially treated those who voted for Donald Trump with a gentle touch and offered empathy for their loss, he has now exhausted his ability to humor their fact-free views that Biden’s victory was illegitimate.

“We saw something very few predicted, even thought possible: the biggest voter turnout in the history of the United States of America, a number so big that this election now ranks as the clearest demonstration of the true will of the American people, one of the most amazing demonstrations of civic duty we have ever seen in our country. It should be celebrated, not attacked,” Biden said last night in Wilmington, Del., hours after the Electoral College made clear what has been apparent for weeks.

“More than 81 million of those votes were cast for me, and Vice President-elect [Kamala] Harris; that, too, is a record,” Biden continued. “More than any ticket has received in the history of America. It represents a winning margin of more than 7 million votes over the number of votes cast for my opponent.” His Electoral College win matches Trump’s in 2016 — and back then Trump called it a landslide.

To put Biden’s point another way: the 2020 campaign is over, the MAGA crowd needs to back off and Trump needs to start packing.

Having suffered political and personal loss himself, Biden had been willing to give Trump and his team some time to nurse their wounds and cope with reality. But things have not calmed down and Trump — who has refused to call Biden, let alone concede — continues to fuel the false notion that “four more years” is even a remote option for this country.

Biden’s markedly different tone last night was a response to all of that. When it became clear on Nov. 7 that Biden had won the Nov. 3 election, Biden took an almost conciliatory tone toward Trump and his supporters. “It’s time to put away the harsh rhetoric, to lower the temperature, to see each other again, to listen to each other again, to make progress, we must stop treating our opponents as our enemy,” he said at the time. “We are not enemies. We are Americans.” He implored Trump supporters to give him a chance.

More than a month on from that evening, the prospect of coming together seems distant at best. Many in the Republican Party still refuse to acknowledge Biden’s success. Some are holding out hope and plotting a last-minute effort on Jan. 6, when Congress convenes to ratify the Electoral College’s results, to reject the vote and to use those “alternative” electors. It’s an extreme move, but it doesn’t come from nowhere; the partisan divide over whether the election was fair is still massive. An ongoing Morning Consult poll found Republican confidence in the trustworthiness of elections has fallen by half since right before voting ended.

That’s not to say Republicans’ support of Trump’s refusal to concede is universal. At the Capitol, lawmakers begrudgingly started to retreat from their assertions that there was still a chance Trump could countermand the results through court filings. The Electoral College vote yesterday did prod some to give up the ghost, including Majority Leader Mitch McConnell this morning.

Biden is done waiting for the dust to settle. He is going to start setting the record straight himself. If he is to govern this country, he has to assert a level of legitimacy, lest he be boxed in for the next four or eight years.

These won’t be the final words for many Trump supporters. After all, the acrimony after the Supreme Court’s ruling in George W. Bush’s 2000 victory still hasn’t faded. But for a country ready for headlines to shift away from an election that ended six weeks ago and toward reasons for hope, such as a coronavirus vaccine that is now rolling out, Biden’s plea to turn the page may find some new ears.

Now if only Trump would acknowledge what everyone around him knows to be true: it’s time to start planning his presidential library. 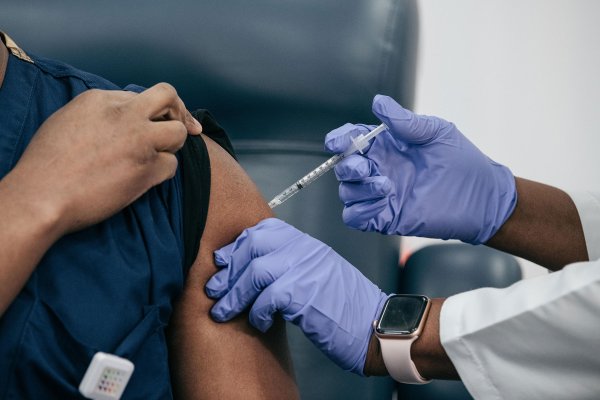