No, the U.S. and China Are Not Heading Towards a New Cold War

China's President Xi Jinping (R) shakes hands with President Donald Trump before a bilateral meeting on the sidelines of the G20 Summit in Osaka on June 28, 2019.
Brendan Smialowski—AFP/Getty Images
Ideas
By Ian Bremmer
Bremmer is a foreign affairs columnist and editor-at-large at TIME. He is the president of Eurasia Group, a political-risk consultancy, and GZERO Media, a company dedicated to providing intelligent and engaging coverage of international affairs. He teaches applied geopolitics at Columbia University’s School of International and Public Affairs and his most recent book is Us vs. Them: The Failure of Globalism.

Are the U.S. and China charging into the world’s next Cold War? Plenty of people think so, and it’s hard to fault them after the last four turbulent years. It’s also true that no country in the world poses the genuine threat to the U.S. that China does—both in terms of short-term geopolitical competition as well as long-term existential challenge. But I wouldn’t predict a “new Cold War” yet. And there are four major reasons why.

First, a critical point that gets overlooked in the “new Cold War” debate: The first Cold War emerged in the absence of an existing world order, following the wreckage of World War II. Unlike today, there were no well-established multilateral institutions (or multinational corporations as well entrenched as they are today) that could act as brakes to escalating conflicts. Even more importantly, the aftermath of the second World War ushered in a decolonization trend that created dozens of new nations which were suddenly up for grabs—a critical component of the old Cold War as the U.S. and U.S.S.R. competed across the world to win hearts, minds and governments to their respective sides. In 2020, countries are looking to hedge between the world’s two economic superpowers more than they are looking to throw in their lot with one or the other.

Which leads to the second point—the interdependence that exists between the U.S. and China in 2020 is vastly different than the interdependence that existed between the U.S. and the U.S.S.R. in the middle of the 20th century. For the U.S. and the U.S.S.R., the only real common interest they had was avoiding mutually assured destruction via nuclear warfare. For all the recent turmoil, China has been a tremendous economic beneficiary of the current world order even if they take issue with some aspects of it; Beijing isn’t looking to upend the global order as much as it is trying to carve out more space within it to accommodate its own primacy. Furthermore, there are numerous areas that both China and the U.S. need to cooperate for both their sakes: nuclear proliferation, macroeconomic stability, climate change and the current pandemic chief among them. That cooperation is helped along by the decades of investment and relationships that have been built-up by critical stakeholders in both countries, even if they’ve been tested mightily in recent years.

Point number three: China’s military might is nowhere near what the U.S.’s is, and it doesn’t look to be challenging the U.S. for global military supremacy anytime soon (though its sphere in Asia is another matter). This is a critical distinction with the old Cold War, where the U.S.S.R. was never a serious economic competitor to the U.S., even though it was a military one. That matters—in the U.S., there was a belief that the U.S.S.R. could be defeated, as it was largely a military confrontation. However misguided the reasoning behind that belief might have been at the time, it turned out to be true. No one really believes that China can be defeated in the same sense—in fact, destroying China economically would devastate the U.S. economy as well. That means the best both can hope for is uneasy peace as the U.S. and China compete in greater and lesser degrees across a wide variety of areas, and even cooperate in some. That doesn’t set the path towards a new Cold War.

Finally, there are the policy limitations of both countries to consider. Given the actual goals of both countries, entering a genuine Cold War would be a massive strategic blunder, and something to be avoided at all costs. The U.S. is not looking to expand its international footprint, but actually to do less on the international stage; that’s the exact opposite of what waging a Cold War with China would entail. Meanwhile, China’s economic rise has left it with some key vulnerabilities both domestically (ex: significant amounts of corporate debt, a labor base that’s getting more expensive while also getting less productive as manufacturing becomes increasingly automated) and internationally (ex: a massive amount of investment in economically weak countries) which makes it a serious question whether China could even wage a Cold War with the U.S. even if it wanted to.

That doesn’t mean there aren’t real dangers or areas of disagreement between the U.S. and China: Hong Kong, Taiwan, the South China Sea and treatment of Uighurs are all likely to be flashpoints with the new Biden administration, and with administrations to come. And the fundamental technological decoupling between the two powers will continue as well, leaving even less room for cooperation. As relations between the two countries continue their rocky trajectory, there is a very real possibility that a misstep by one or the other will lead to real escalation, and even violence in some instances.

But none of this points to the kind of zero-sum, Cold War we saw in the 20th-century, the kind of all-consuming ideological divide that forces the rest of the world to pick sides. There are too many structural barriers to that, and too much prosperity at stake for political leaders in Washington and Beijing to risk. There are plenty of things to be concerned about as we round into 2021—this isn’t one of them. 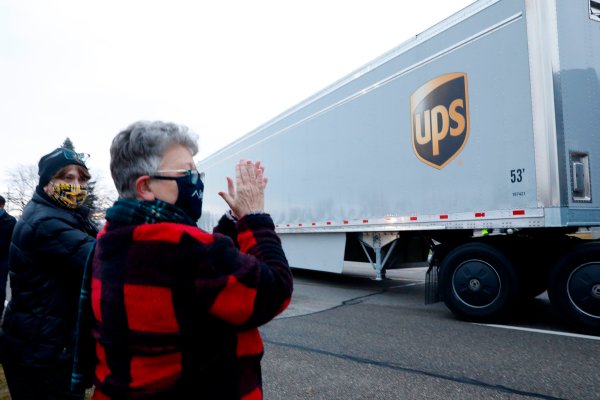 Capitalism Delivered Promise, and Faced a Reckoning, in 2020
Next Up: Editor's Pick