Iran's Hopes for New Nuclear Talks, and an Economic Boost, Rest on the Biden Administration

Iranian mourners attend the burial ceremony of slain nuclear scientist Mohsen Fakhrizadeh at Imamzadeh Saleh shrine in northern Tehran, on Nov. 30, 2020.
Hamed Malekpour—Tasnim News/AFP/Getty Images
Ideas
By Ian Bremmer
Bremmer is a foreign affairs columnist and editor-at-large at TIME. He is the president of Eurasia Group, a political-risk consultancy, and GZERO Media, a company dedicated to providing intelligent and engaging coverage of international affairs. He teaches applied geopolitics at Columbia University’s School of International and Public Affairs and his most recent book is Us vs. Them: The Failure of Globalism.

A terrible year for Iran got worse when the country’s top nuclear scientist was killed. As the architect of Iran’s nuclear weapons program, Mohsen Fakhrizadeh was a national hero, and his Nov. 27 assassination has ignited fury across the country. Iran’s Foreign Ministry and state media were quick to pin blame on Israel.

2020 began with the U.S. assassination in Iraq of General Qasem Soleimani, one of Iran’s most powerful men, which was soon followed by Iran’s military accidentally shooting down a passenger plane, setting off a round of antigovernment protests.

Then came COVID-19. Iran became the first coronavirus hot spot outside East Asia as Iranian officials lied about the severity of the outbreak to protect voter turnout for parliamentary elections that boosted handpicked hard-line candidates. Bungling by the government set off more demonstrations, and many more Iranians died than the government acknowledged. The economic toll grew heavier when the pandemic forced down the global prices of oil and natural gas, vital Iranian exports. In July, a fire at Iran’s most important nuclear-fuel-enrichment site, which officials blamed on a bomb planted by Israel, inflicted enough damage to delay Iran’s nuclear program by months.

Nor can Iran be pleased to see its two main enemies–Israel and Saudi Arabia–taking steps toward better relations. According to Israeli officials, Saudi Crown Prince Mohammed bin Salman and Israeli Prime Minister Benjamin Netanyahu met with U.S. Secretary of State Mike Pompeo in November–though the Saudis deny it happened. The meeting is historic, even if they have little in common beyond a mutual need for regional stability and a shared antipathy toward Iran.

But Iran also got some much needed good news when Joe Biden won the presidential election. Now there is reason for hope among those in Iran who desperately want the U.S. to return to the nuclear deal–and the economic relief it might bring if sanctions are eased. With a presidential election in Iran next year, and Iran’s hard-liners working to undermine President Hassan Rouhani, Iran’s negotiators won’t want to look weak at the table. But Rouhani knows that Biden’s top diplomat, Tony Blinken, and National Security Adviser, Jake Sullivan, are veterans of the Obama Administration negotiations that made the original deal in 2015.

This timing helps explain why Israel might have moved to kill the nuclear scientist now. Donald Trump is still President. Any displeasure from the incoming Biden team can be managed, and at the very least, Iran’s nuclear program has likely been set back once again. (Israel has been blamed for killing Iranian scientists in the past, though none of Fakhrizadeh’s stature.) Perhaps Israel is hoping that Iran’s hard-liners will persuade the Supreme Leader to try to launch a showy retaliatory attack that will make it much more difficult for the Biden Administration to re-enter the nuclear deal. But the timing also helps explain why Iran’s retaliation will be measured carefully to avoid escalation. Biden represents the one hope Iran has of getting its economy back on track anytime soon.

Iran’s accusations that Israel killed Fakhrizadeh are made plausible by the sophistication of the attack, and therein lies a worrisome sign of things to come. It appears the nuclear scientist and his security detail were attacked with a remote-controlled machine gun. It’s the kind of “lethal autonomous weapon” we’re used to seeing in movies. New technologies, particularly the increasing sophistication of drone aircraft, will make asymmetric warfare more common and more effective. 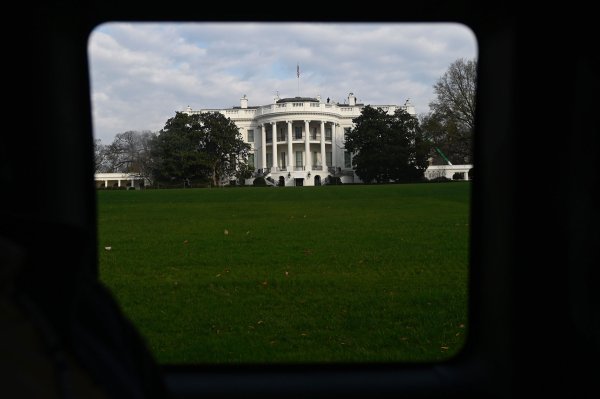