'When People Suffer, We Suffer.' Taraji P. Henson and Tracie Jenkins on Mental Health and Vulnerability

“We’re empaths. When people suffer, we suffer. It’s no fun if our friends can’t have fun,” Henson told TIME during a TIME 100 Talks, discussing their need to serve.

Together, the pair have helped crack open both access to and normalization of therapy—especially in the Black community. Henson founded the Boris Lawrence Henson Foundation in 2018, focusing on providing options for therapy to Black men in particular; Jenkins leads the Foundation. And this winter, they’re launching a Facebook Watch show, Peace of Mind, to share candid conversations about mental health. During the pandemic, they’ve seen how critical this work has become.

“The impact of the pandemic has really brought more people to the forefront. We’ve done more than 3,000 sessions,” Jenkins says, of the Foundation’s work offering therapy. “If you’re Black in America—you’re Black anywhere, really—you’re feeling this.” In particular, Henson and Jenkins want to create an environment in which vulnerability is valued and the cultural competence of therapy professionals is ensured; they know these are social and personal barriers that can limit healing.

“What we found difficult is getting the men involved,” Henson says. “But we don’t sit down easy. Any time we find an obstacle, we try to figure a way over it.” They are acutely aware of prison recidivism—”68% of those released from prison return,” says Jenkins—and often it comes down to a lack of appropriate mental health treatment before, during and after serving time. “People with mental illnesses do not belong in prison,” Henson says. “It’s not something jail can fix.” To that end, they are looking to provide support for that “three-year window” of vulnerability.

During the pandemic, Henson and Jenkins have also made their own strides in mental health. That’s meant becoming comfortable with acceptance for Henson; for Jenkins, it’s about living in the moment. “What I can control is me in it, whatever it is. I think that’s everybody’s lesson in this whole thing, because what can we do? If you haven’t learned acceptance, you’ve got a hard road ahead of you,” Henson says. “You just gotta find the light in everything, and that’s where I am.” 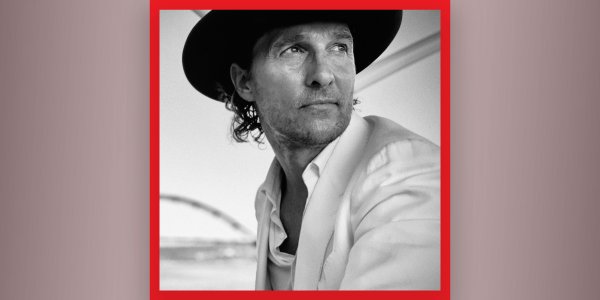 Matthew McConaughey on the Political Divide in America
Next Up: Editor's Pick