Love Jihad is a baseless conspiracy theory that Muslim men are attempting to surreptitiously shift India’s demographic balance by converting Hindu women to Islam through marriage. The narrative has been pushed by Hindu nationalist groups close to India’s ruling BJP since Prime Minister Narendra Modi was first elected in 2014. Since Modi came to power, his government has introduced several other measures that target India’s minority Muslim community. The conspiracy has received renewed attention after a Hindu woman in Haryana was murdered in October by a Muslim man who, her family said, had pressured her to convert and marry him.

The new law was agreed by the BJP-led cabinet of Uttar Pradesh, the Indian state home to the largest number of Muslims, more than 38 million. The law makes no specific mention of the term Love Jihad, according to Indian media reports. Instead, it outlaws “unlawful religious conversions” through marriage. But the state’s chief minister Yogi Adityanath, a hardline Hindu nationalist monk and a senior member of the BJP, said at a rally on Oct. 31 that his government had decided to “enact a strict law to stop Love Jihad.”

In the speech, Adityanath also issued a veiled threat of violence toward Muslim men in interfaith relationships. “I warn those who conceal their identity and play with the honor of our sisters and daughters, if you don’t mend your ways, your final journey will begin,” he said.

In recent weeks, the Love Jihad conspiracy has risen to new prominence in the national conversation. In October, a television advert depicting a happy interfaith marriage between a Hindu woman and a Muslim man was withdrawn by the jewelry company Tanishq, after receiving complaints from Hindu nationalists that it promoted so-called Love Jihad.

On Monday, police registered a case against Netflix for a scene in the show A Suitable Boy that depicted a Hindu woman and a Muslim man kissing against the backdrop of a temple, described as “extremely objectionable content” by Narottam Mishra, the home minister of the BJP-ruled Indian state of Madhya Pradesh, who is weighing a similar law.

The new legislation in Uttar Pradesh, which needs to be approved by the BJP-dominated state parliament within 42 days to remain active, will impose fines and a jail term of up to ten years for men found to have converted a woman’s religion solely for the purpose of marriage, or by use of force, coercion or misrepresentation, according to The Hindu newspaper. The law also gives the state the power to nullify any marriages found to have been carried out with the “sole intention” of changing a woman’s religion.

While the full text of the law has not been released, experts say it could face challenges in the courts. “They seem to suggest that this law will only make it an offense if a woman were to convert for the purposes of marriage, which attracts a challenge on the grounds of gender discrimination,” says Arun Sri Kumar, a partner at Keystone, a Delhi law firm. He adds that other challenges could be brought based on constitutional protections for freedom of religion and also arbitrariness, because the law appears to impose a reverse burden of proof, meaning that anyone trying to change their religion for marriage will have to prove the conversion was consensual, rather than the state having to prove the conversion was coercive.

Experts say the rules are vulnerable to exploitation by Hindu nationalist groups at the expense of the Muslim minority and the individual rights of Hindu women, in what remains a patriarchal society. “The law serves the dual purpose of regulating Hindu women on one hand and criminalizing Muslim men on the other,” says Ajay Gudavarthy, Assistant Professor at the Centre for Political Studies at Jawaharlal Nehru University in New Delhi. “This is a way of taking the threat of organized terrorism, which Narendra Modi himself has acknowledged is not a major problem in India, and turning it into a notion of everyday terrorism, providing further justification of unaccountable state violence against Muslims.”

“The narrative of Love Jihad seeks to popularize the myth of Hindu culture as under siege, Hindu women as vulnerable, and justify the Hindu male as the protector-aggressor,” says Angana Chatterji of the Center for Race and Gender at the University of California, Berkeley. “This law will likely signal that religion-based violence, caste oppression, and sexual violence are tools to champion nationalism and patriotism.”

On Nov. 17 Mishra, the home minister of Madhya Pradesh, said his state government was planning to bring a law with five-year jail terms for perpetrators of “Love Jihad.” And after the Uttar Pradesh cabinet approved its own new law, officials in other BJP-ruled states said they would fast-track similar bills. The home minister of Haryana said the state government there was “in the process of framing a strict law” on so-called Love Jihad that would be enacted “very soon.”

Rejected by police and the courts

The Uttar Pradesh state government has described its new law as ensuring “justice for women,” but officials in the state have already raised concerns. Of 14 alleged Love Jihad cases investigated by a special police unit in the state since August, eight have already been thrown out after police determined the relationships were consensual, according to the Wire, which quoted an unnamed senior police official saying the state government had exaggerated the issue.

Read more: It Was Already Dangerous to Be Muslim in India. Then Came the Coronavirus

The new law comes just two weeks after judges in Uttar Pradesh’s high court overturned a previous decision that religious conversions for the sake of marriage are unacceptable. One case supported by the state government saw the father of a Hindu woman argue that his daughter’s Muslim husband had kidnapped her and converted her against her will. After considering the evidence, judges found the relationship to be consensual.

The judges said they did not see the couple “as Hindu and Muslim, rather as two grown-up individuals who out of their own free will and choice are living together peacefully and happily [for] over a year.” In a blow to the Adityanath government, the judges ruled that similar interferences in personal relationships “would constitute a serious encroachment into the right to freedom of choice of the two individuals.”

But the high court ruling does not mean the new law is invalid—it will have to be tested in the courts, according to Kumar. 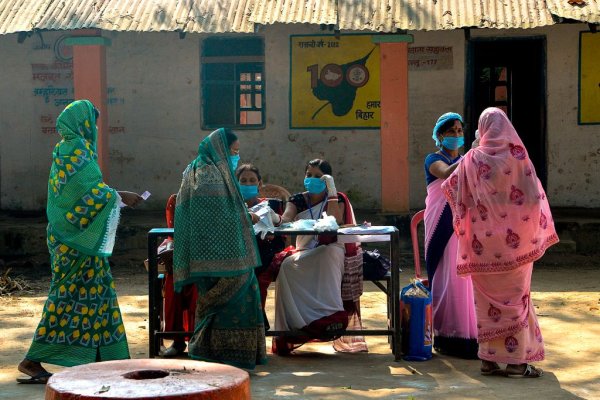