In HBO’s psychological thriller The Undoing, Manhattan therapist Grace Fraser (Nicole Kidman) keeps making unsettling discoveries about her husband Jonathan (Hugh Grant). He’s the main suspect in the case of a brutal murder of a young mother from the elite private school their son Henry (Noah Jupe) attends. Four episodes in, we, alongside Grace, have learned that Jonathan’s been unfaithful, was fired from his job as a pediatric oncologist and borrowed half a million dollars from Grace’s father. The penultimate episode just delivered another deeply disturbing reveal: when he was a boy, Jonathan’s 4-year-old sister died while he was supposed to be watching her. Grace never knew.

Well, she had heard a version of that story. Jonathan had described to her the exact same situation, except in his version, it was the dog who died. She never even knew that he had a sister. “How is it that you’ve never told me that?” Grace asks him, startled. Later, she gets in touch with Jonathan’s mother, who shares that he never suffered guilt or grief over the death. “Jonathan doesn’t know how to suffer,” she says, explaining that he never even said he was sorry.

Grace describes the situation over the phone to her friend Sylvia (Lily Rabe), who claims that this is the behavior of a sociopath. But how could it be that Grace, a trained therapist, was completely unaware of her husband’s messy past? Is it really possible to be married to someone like Jonathan and miss all the signs? For answers, TIME turned to Craig Neumann, a psychology professor at the University of North Texas who studies psychopathy and other types of personality disorders. (We spoke following HBO’s airing of Episode 4; TIME described the plot of Episode 5 to Neumann based on an advanced screener). We wanted to know how plausible this situation would be, what he makes of Jonathan’s behavior and what’s important in how personality disorders are depicted onscreen. Edited excerpts of our conversation follow.

TIME: We learn in tonight’s episode that Jonathan’s little sister died while under his care, and his mother said he had no remorse over it. What do you make of that?

Craig Neumann: One of the things they are playing up in Jonathan’s character is his narcissism. They’re really not playing up as his lack of remorse and empathy, and in fact, as this pediatric oncologist, they keep showing these episodes of what appears to be incredibly empathic interactions with children who have cancer. That callousness doesn’t just go under the rock.

He could be showcasing his empathic behavior—we see Grace and other parents are there—and acting empathic for manipulative needs. But Grace probably would have seen an instance of when a patient died and suddenly the show is off, the lights are off. She would have seen an instance of absolute cold callousness. That she never saw this is a little suspicious. The other thing, where I was going with narcissism, is that these individuals pride themselves on their ability to dupe and con and get away. That’s what they’re playing up in this character. So suddenly to switch to, he doesn’t feel anything, is sort of cliched.

You don’t walk up to someone who may be clinically depressed and say “have you been sad for a couple of weeks?” and they say “yes” and you say “yes, this is clinical depression.” That’s not how it’s done. It needs evaluations, which have to be done by trained individuals.

I’m on the side of the fence that psychopathy is personality pathology. There are some individuals that believe that psychopathy is an evolutionary sort of adaptation, and the problem with that is that if it was adaptive, we’d see a lot more of it. We can think of psychopathy dimensionally like hypertension. It’s not “yes” or “no;” it’s not “pregnant” or “not pregnant.” It’s a matter of how hypertensive are you? Mild, moderate or severe. It’s possible for individuals who are much more elevated on these traits to fool us, but over time the pathology comes out and if it was evolutionarily adaptive, we would see far more cases of it. I really like the writing, but it’s no surprise that they give us this one-off, and all of a sudden “he’s a psychopath.”

The show actually explicitly uses the term sociopath. What is the difference between a sociopath and a psychopath?

There’s some individuals who would meet the Diagnostic Statistical Manual’s psychiatric criteria for what’s called antisocial personality disorder. We could use the term sociopath, but the technical, psychiatric diagnosis would be antisocial personality disorder. Most of those individuals’ diagnosis misses what is really psychopathy. You can have individuals who are chronically anti-social but not psychopathic. The term sociopath is problematic. It brings up just a whole mess of controversies and misunderstandings when you use the term sociopath.

Okay, so let’s not call Jonathan a sociopath. What do you think this new revelation about his sister means about his behavior?

The sister reveal is a huge flag. With kids, we never even use the term “budding psychopath.” We use the term “callous and unemotional.” So Jonathan was showing signs of callous unemotionality, but the problem is when you look at it longitudinally, those traits decline for most individuals. So the question is, yes this one thing that happened is important, but do we see continuity? I would have to see that there were some elements of conduct disordered behavior in Jonathan’s past. I would have to see continuity of these traits over time, because for most individuals, they don’t continue. And for those where it continues, that’s a problem. There has to have been more. This one incident is not enough.

The dead sister was one of many parts of Jonathan’s life he hid from Grace. She didn’t know that he lost his job and that he drained their bank account. Do you really think it’s possible that she never picked up any hints that something is wrong with him?

The doctor that Grace spoke to talked about Jonathan’s narcissism and that’s fair, but narcissism isn’t psychopathy. It overlaps with it, but that’s only one component of psychopathy. I need to see instances of where he should have known better to take care of a kid and he didn’t. Like, if a kid died and he didn’t really react. I’d need to see more pieces of data before I would be comfortable diagnosing him.

We also see that Grace took a walk the night of the murder, but has no recollection of doing so. What do you make of her behavior?

I don’t want to put this across in any sort of demeaning way, but why is she wandering the street? Why did she go on these walks? Is there something that she knows, but doesn’t want to know? I would really like to know more about how their relationship began. Because often, psychopaths can just sweep you off your feet, but the story hasn’t unfolded enough for us to see that.

Can you really be married to someone like Jonathan and miss all these signs about his behavior?

Kidman plays this psychotherapist with this [presumably, based on her age and social milieu] 20-plus years of therapeutic practice and charges a pretty penny for her fees. So she must have a fair amount of clinical skill. But individuals with psychopathic propensities target people who have some vulnerability. So I would have to suppose that this psychotherapist, no matter how skilled this person is, has some potential vulnerability. Because over time, you start to recognize it. Someone who is narcissistic is often seen as charming and charismatic. These things don’t smack you in the face right away. But over time, red flags start to come up and you notice them. And if you don’t notice them, that’s a part of why there’s some vulnerability in the individual who doesn’t want to see something.

How much does your average therapist know about psychopathy?

If they’re not forensically trained, not enough. By no means, not enough. One of the things that I would really like to do if I ever had the time is develop a website for judges, lawyers and other professionals so that they really grasp because so much of it is just caricatured and misconstrued in the media, in the movies.

What’s the most important thing to get right when depicting a psychopath on a TV show or movie?

What we have to see are repeated red flags, repeated disturbances in identity, excessive grandiosity and using other people for your own game. And we need to see real, fundamental lapses in intimacy and empathy. If individuals don’t recognize it, there’s a blind eye they are casting on it. Why? There’s some vulnerability, something they want to be true, but isn’t. 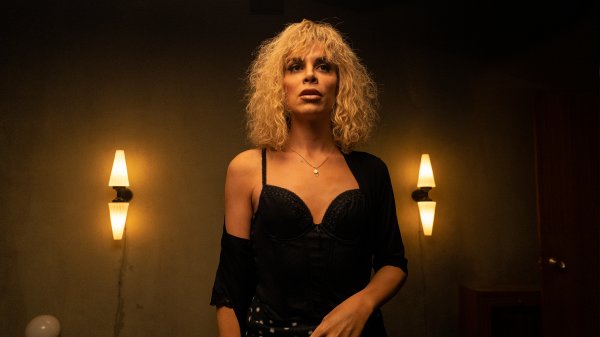 A New Show Revives the Legacy of a Trans Icon
Next Up: Editor's Pick