People wait in line for COVID-19 tests on Nov. 16 in New York City, where the mayor announced that rising infections were forcing schools to close down less than two months after they'd reopened for in-person learning.
Spencer Platt—Getty Images
By Katie Reilly

New York City schools will shut down on Thursday, shifting all students in the country’s largest school district to fully remote learning as coronavirus cases creep upward in the city that was once the global epicenter of the pandemic and that only recently began reopening classrooms and businesses.

“As a result, we do need to close our schools for the coming days. No one is happy about this decision,” he said during a press briefing Wednesday. “But we set a very clear standard, and we need to stick to that standard.”

“I want to emphasize to parents, to educators, to staff, to kids, that we intend to come back and come back as quickly as possible,” he added.

The decision, which affects more than 1 million students, is grim evidence of the pandemic’s relentless rampage across the country and back into areas that for months had kept infection rates relatively low. New York City first closed schools in mid-March, as it was becoming the pandemic’s epicenter. In October, it heralded the reopening of classrooms after the city’s infection rate had been brought under control following a spring and summer of lockdowns and mask-wearing mandates.

But with surrounding states’ positivity rates climbing and some neighborhoods in New York City spiking amid a relaxation of restrictions and complacency over mask-wearing and social-distancing, fears quickly grew that schools would again have to close.

New York City Schools Chancellor Richard Carranza said all learning would proceed remotely, “until further notice.” He said schools have been “remarkably safe,” with a test positivity rate of 0.19% among more than 120,000 students and staff who were tested. But the decision to close schools was based on community spread of the virus.

About 300,000 New York City students had been attending some school in-person for just under two months. But the majority of the school system’s 1.1 million students had opted for entirely remote learning from the beginning, with parents citing concerns about the virus. Many of the country’s largest school districts have been remote-only since the school year started, and rising coronavirus cases have recently forced several school districts to delay plans to bring students back into classrooms.

But as the pandemic stretches on, some experts and advocates have argued that schools should be more of a priority in reopening efforts, as concerns grow that the most vulnerable students are falling further behind due to months of remote learning. Carranza said Wednesday that about 60,000 New York City students still don’t have the devices necessary to learn remotely. Officials are working to distribute more devices, relying on paper learning packets in the interim.

“Now we can see that remote learning has been an abject failure for many of the students and families who rely on a public education most: students with disabilities, English-language learners, students of color, the youngest students, students who are homeless, and students from low-income communities,” New York Civil Liberties Union Executive Director, Donna Lieberman, said in a statement on Monday about the likelihood of school closures.

“New York City cannot abandon children and families to the failures and inequities that have already been so devastating. Our children cannot afford to lose a year of education and growth.”

Some parents across the country have voiced frustration that restaurants and gyms remain open in some places, including New York City, while schools are closed.

“It’s unconscionable that we have bars open in some cities when schools remain closed,” Joseph Allen, associate professor at the Harvard T.H. Chan School of Public Health, who has published guidelines on school reopening, told TIME last week.

But the union representing New York City teachers—which had raised concerns about whether school conditions would be safe for employees, who face greater health risks depending on their age and underlying conditions—supported Wednesday’s decision.

“The city established the three percent infection rate threshold to make sure that schools did not become centers to spread the coronavirus. Since the three percent rate has been reached, education will continue but all students will be learning remotely,” Michael Mulgrew, president of the United Federation of Teachers, said in a statement.

“Now it’s the job of all New Yorkers to maintain social distance, wear masks and take all other steps to substantially lower the infection rate so school buildings can re-open for in-person instruction.” 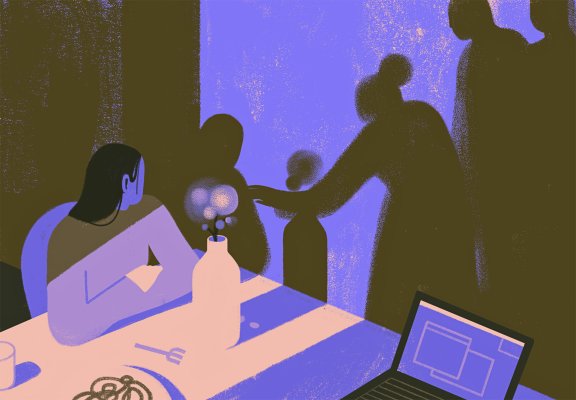 Grieving My Mom's Death From a Distance
Next Up: Editor's Pick