We’re not sure if Jim Lovell and Buzz Aldrin were watching Sunday when SpaceX’s Crew Dragon lifted off from Pad 39A at Cape Canaveral for its first fully operational mission—but the odds are pretty good that they were. Astronauts from past eras of space travel tend to keep up with the doings in the modern one. Either way, the overall audience for the launch was big—NASA’s site carried it live, as did the cable news channels. But of all the people who were watching, it was Lovell and Aldrin whose attention would be the most important, or at least the most poignant.

Fifty-four years earlier to the day, in 1966, the pair splashed down in the Atlantic Ocean northeast of Turks and Caicos after a nearly four day, 59-orbit mission in their Gemini 12 spacecraft. The flight was close to flawless. The crew successfully docked with an uncrewed Agena spacecraft, and Aldrin logged more than five hours outside the Gemini over the course of three separate spacewalks. The tenth and final flight of the Gemini series, it was by any measure a perfect capstone.

“In 10 manned Gemini missions since March, 1965,” read the next day’s New York Times, “Gemini astronauts demonstrated their ability to rendezvous and link up with target vehicles, fire a target Agena’s rocket to climb to a record altitude, fly for 14 days without any ill effects and bring their crafts to precise landings.”

All of those achievements were essential dress rehearsals for getting astronauts to and from the moon. But the success of the Gemini program was as much about hardware as it was about piloting acumen. Those 10 flights over the course of 20 months factored out to one crewed mission every eight weeks, with Geminis rolling off the assembly line at McDonnell Aircraft Corporation in St. Louis, getting mounted atop their Titan boosters and rocketing into space with a regularity that was unimaginable only a few years earlier.

SpaceX is aiming to achieve a similar gas-up-and-go capability—and in some ways it already has, with more than 100 launches in its various fleet of rockets since 2010. But only two so far have been crewed: the current four-person mission, and the first, experimental one, which carried two astronauts to the International Space Station (ISS) back in May. Because space station crews stay aloft for six months at a time, there is no need for the company to match Gemini’s pace. But with crew members’ lives on the line, it is very much aiming for the same reliability—a thought echoed by outgoing NASA Administrator Jim Bridenstine after this weekend’s launch.

“This is another historic moment,” he said. “[But] make no mistake: Vigilance is always required on every flight.”

NASA learned that lesson in the worst of all possible ways just over two months after Gemini 12’s successful return, when the Apollo 1 astronauts died in a launch pad fire early in the evening of Jan. 27, 1967. At the moment the men were killed, Lovell and a contingent of other astronauts were at the White House, mingling with dignitaries celebrating the ratification of the 1967 Outer Space Treaty, which bound signatory nations to keep weapons of mass destruction out of space, to refrain from militarizing the moon or other celestial bodies and to render aid to other countries’ astronauts in distress. Just three years after that tragic evening, Lovell himself was very much in distress, when the Apollo 13 spacecraft he was commanding suffered a crippling explosion en route to the moon, nearly claiming the lives of another Apollo crew.

Space—as people say over and over—is hard, but the shopworn nature of the phrase makes it no less true. Nov. 15, 2020 was a very, very good day for SpaceX and the nation as a whole. We will need many more good days to see that space continues to be explored routinely, reliably and, far and away most importantly, safely. 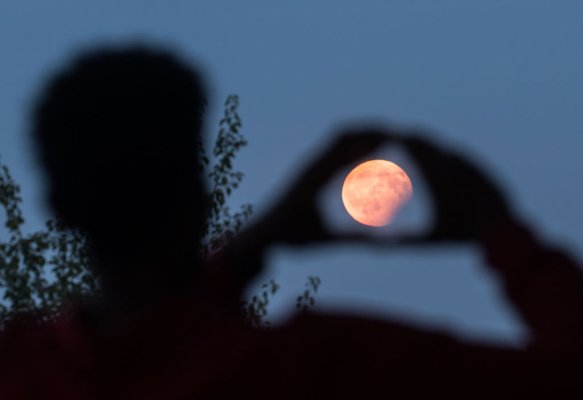