Hedge fund manager Steven A. Cohen, founder and chairman of SAC Capital Advisors, listens to a question during a one-on-one interview session at the SkyBridge Alternatives (SALT) Conference in Las Vegas, Nevada May 11, 2011.
Steve Marcus / REUTERS
By Sam Gustin

Multibillion-dollar hedge fund SAC Capital was sentenced on Thursday for its central role in one of the most wide-ranging insider trading schemes in U.S. history. A federal judge in New York accepted the firm’s guilty plea and approved a landmark $1.8 billion settlement with the government, effectively concluding a decade-long criminal investigation.

In approving the settlement, U.S. District Judge Laura Taylor Swain paved the way for SAC Capital to continue to do business under a new name as a so-called “family office” managing the $9 billion fortune of Steven A. Cohen, the hedge fund’s secretive founder. Earlier this week, SAC Capital formally changed its name to Point72 Asset Management, an apparent nod to the address of the firm’s sprawling trading floor at 72 Cummings Point Road in Stamford, Conn., near Cohen’s 35,000 square-foot mansion.

Cohen, one of the most enigmatic figures in Wall Street history, was long thought to be the ultimate target of the investigation, but he was never charged with a crime. Now that his hedge fund’s guilty plea has been accepted, it appears unlikely that Cohen will ever be personally indicted for his role leading a firm that was “riddled with criminal conduct,” according to federal prosecutors. Cohen does face civil charges from the Securities and Exchange Commission alleging that he failed to supervise his employees, and could ultimately be banned from the securities industry for life.

The SAC Capital investigation was the most high-profile probe in a sweeping insider trading crackdown led by Preet Bharara, the U.S. Attorney for the Southern District of New York, who has made insider trading one of his signature law enforcement missions. Bharara has secured 79 insider trading convictions or guilty pleas — including eight former SAC employees — without losing a single case. Earlier this year, Mathew Martoma, a former SAC manager, was found guilty in what federal prosecutors called the most lucrative insider trading scheme in U.S. history.

Martoma faces more than a decade in federal prison after he was convicted of trading illegally on inside information he obtained from doctors involved in a 2008 pharmaceutical trial for an Alzheimer’s drug. Martoma’s scheme, which allowed SAC to make gains and avoid losses of $276 million, occurred “on a scale that has no historical precedent,” Bharara said.

In court proceedings, prosecutors said that Martoma “corrupted” two doctors involved in the drug trial in order to obtain advance notice of its results. Martoma, a 39-year-old portfolio manager who changed his name after being expelled from Harvard Law School for fabricating his academic transcript, is appealing the verdict. Martoma later graduated from Stanford’s Graduate School of Business, but last month Stanford stripped Martoma of his diploma.

Cohen is a legendary Wall Street figure who amassed his fortune while building a reputation as one of the most successful hedge fund traders of his generation. For years, SAC Capital consistently delivered returns of 30% or more to its clients, even as the hedge fund charged a commission of as much as 50% of the profits. During one seven-year stretch, SAC only had two losing months.

Prosecutors said that the insider trading scheme lasted from 1999 to 2010, a period of time in which a “relentless pursuit of an information ‘edge’ fostered a business culture within SAC in which there was no meaningful commitment to ensure that such ‘edge’ came from legitimate research and not inside information.”

As the SAC Capital investigation unfolded, the hedge fund became a symbol for financial corruption that helped fuel the perception that Wall Street’s wealthy moguls operate under a different set of rules than everyone else. At a time of increasing income inequality in America, Cohen’s lavish lifestyle — his gargantuan Greenwich estate contains an indoor swimming pool, a basketball court, a two-hole golf course and a 6,700-square-foot ice skating rink — seemed outlandish even by the standards of Wall Street’s billion-dollar elite.

(MORE: Inside the Biggest Insider Trading Case in American History)

“Today marks the day of reckoning for a fund that was riddled with criminal conduct,” Bharara said in a statement. “SAC fostered pervasive insider trading and failed, as a company, to question or prevent it.” He added: “When so much criminal conduct takes place within one institution, it is appropriate to impose criminal liability on the institution itself. Today’s sentence affirms that when institutions flout the law in such a colossal way, they will pay a heavy price.”

Although Cohen’s reputation has been severely tarnished and his hedge fund is now barred from accepting outside funds or operating as an investment manager, the reclusive billionaire remains free to invest his multibillion-dollar fortune. Bharara’s failure to secure an indictment against Cohen, who has maintained that he acted appropriately at all times, highlights an increasing trend in which mid-level employees and corporate institutions — but not the executives leading them — are charged with serious crimes.

That, in turn, raises questions about the ultimate deterrent value of such prosecutions for financial executives at the highest echelon of Wall Street. Cohen “goes on much as he did before, buying and selling hundreds of stocks every day as the head of a $9 billion family office rather than an actual hedge fund,” Bloomberg Businessweek national correspondent Sheelah Kolhatkar wrote on Thursday.

“It’s become a familiar pattern at major financial firms, which have been paying billions of dollars in fine of late to settle all manner of civil and criminal cases.” She added: “Is this suitable retribution for what the government says happened at one of the world’s largest hedge funds? And why was Cohen never charged?” 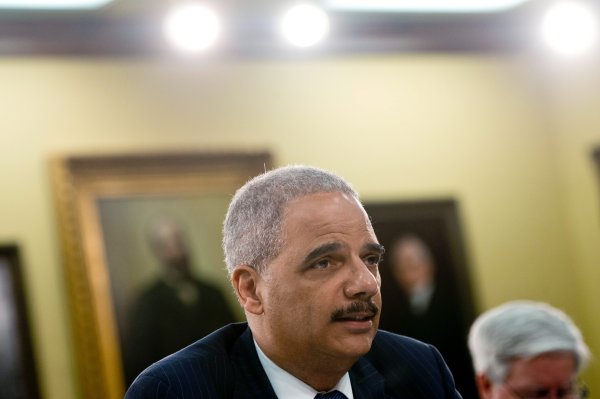