Alfonso Seiva, the president of the Coalition of Mexican Immigrants, hands out food in South Chicago in an episode of PBS/ Latino Public Broadcasting's "Latinos Are Essential."
By Andrew R. Chow

As the coronavirus continues to ravage the United States, it also continues to disproportionately impact Latino communities. Latinos are being hospitalized at more than four times the rate of white people. (African Americans and Native Americans are also being hospitalized at similar rates.) Non-white hispanics are the most overrepresented racial or ethnic group in terms of deaths from COVID-19 compared to their percentage of the overall population, according to the Centers for Disease Control. And the recession has hit Latino communities especially hard, according to a study by Pew Research Center.

“Latinos Are Essential,” a new series of documentary shorts released on Tuesday from Latino Public Broadcasting (LPB) and PBS, attempts to shed light on this imbalance by telling 11 stories of struggle and perseverance during the pandemic. These short films, shot around the country by Latino filmmakers, show how Latino communities and individuals have lacked the structural support to combat the virus and its effects—and instead took on those responsibilities themselves.

“We wanted to show a visual tapestry of Latinos across this country serving their communities at the crossroads of the pandemic,” Sandie Viquez Pedlow, the series’ executive producer and LPB’s executive director, tells TIME. “In every situation you see there is fear, but they go and do the work.”

Experts say there are several reasons why Latinos have been hit especially hard by the pandemic. They make up a large percentage of the essential workforce, rely more heavily on public transportation and more often live in multigenerational homes. Further endangering many undocumented Latino immigrants is their lack of access to health care or safety nets like Social Security. “Many of these people are paying taxes but don’t have health care, so they can’t get tested. If they can’t work, they’re laid off and are not getting unemployment benefits. Many didn’t qualify for the stimulus money,” Pedlow says. “They are helping this country but not benefiting from what is available.”

In creating the series, Pedlow’s goal was twofold: to showcase the stories of essential workers on the frontlines, and to give work opportunities to emerging Latino filmmakers. The filmmakers, once given the green light, were given three and a half weeks to shoot and edit their shorts largely by themselves, in order to reduce the risk of potential coronavirus spread.

One of the films, Jennifer Maytorena Taylor’s “Testing Community,” centers on the Latino Task Force in the Mission District of San Francisco, which mobilized early on to bring free testing to the predominantly Latino area. One of their early studies revealed that 95% of participants who tested positive were Latino or Hispanic, causing them to ramp up their door-to-door to door outreach to spread awareness and health education. “We know that government will never be able to do exactly what it is community needs it to,” Jon Jacobo, the organizations’ health committee chair, says in the video. “But community can do that.”

Another video, Esau Melendez’s “Todos Unidos y Yo,” is shot in Chicago, where the Coalition of Mexican Immigrants has worked with local pantries and organizations like the Mexican Consulate to supply funding and food to locals in need. Alfonso Seiva, the coalition’s president, says that the organization distributes 2,000 tamales every Sunday in South Chicago and also helps those who have contracted COVID-19 pay their rent. “It’s really bad for our community because we can’t stop working: we have bills to pay every time,” Seiva tells TIME. “By myself, I can’t do much. But we can do more if we are organized.”

Other shorts in the series depict an EMT in Denver; two teachers in Puerto Rico; and a Walmart employee who works at the same store where a gunman murdered 22 people last August (a 23rd died months later from wounds). “We wanted to show how diverse the Latino community is,” Pedlow says. “There are stories of Latinos who have been here all their lives, and those who have just immigrated. In every situation, they want to help their communities.”

You can watch the series at PBS.com. 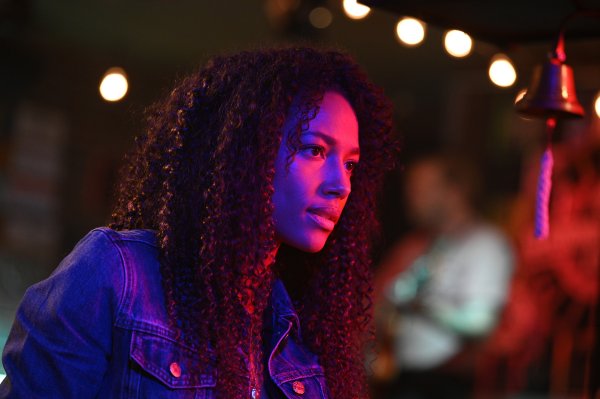 ABC's Big Sky Isn't a Revelation But It's Fun
Next Up: Editor's Pick