Trump's Firings at the Pentagon Put Our National Security at Risk

Defense Secretary Mark Esper appears before the House Armed Services Committee in Washington on Feb. 26, 2020.
Anna Moneymaker—The New York Times/Redux
Ideas
By James Stavridis
Admiral Stavridis (Ret.), a TIME Contributing Editor, was the 16th Supreme Allied Commander at NATO and is an Operating Executive at The Carlyle Group. His new book is 2034: A Novel of the Next World War. His previous nonfiction book was Sailing True North: Ten Admirals and the Voyage of Character

Over the past few days, President Trump has fired four of the top officials in the Pentagon – the Secretary of Defense Mark Esper, the Undersecretary of Defense for Policy (essentially the COO), the Undersecretary of Defense for Intelligence (a highly regarded retired 3-star Navy SEAL Admiral), and the Chief of Staff to the Secretary of Defense (one of the most powerful positions in the Pentagon). In essence, he has (military term alert) “decapitated” our operational civilian leadership of the military. High fives are likely happening from Beijing to Moscow to Caracas. It appears to be a simple act of vengeance against a team Trump felt did not support him in the run-up to the election. In their place, he has installed a largely unknown group of political sycophants who have neither the stature nor the experience to undertake these jobs – each of which is vital to our national security.

Some Americans may simply shrug it off and say, “Oh, that’s just Trump being Trump.” But having served two years as Senior Military Assistant to the Secretary of Defense as a three-star Vice Admiral, I can assure you that it matters. These moves diminish our national security markedly over the next couple of months until the new Biden administration takes over. Why does it matter so much?

Let’s start tactically. Every week, the Secretary of Defense reviews the “orders book.” These are the individual deployment orders that launch American forces around the world. The Secretary alone (other than the Commander-in-Chief) has the authority to make these deployments, and they can range from small troops of K-9 dogs up to massive Carrier Battle Groups. They are briefed to the Secretary by the operational and intelligence leaders that were just fired. When I ran those meetings for Secretary Rumsfeld (a very demanding principal), their input was crucial in getting to the right decisions. (As an aside, the main briefer in those days was then-Colonel Mark Milley, now the Chairman of the Joint Chiefs.) With the sudden arrival of an inexperienced secretary, whose military experience terminated at the O-6 level and was extremely narrowly focused on special operations, those briefings become even more important because he does not have the same range of experience that previous people in that position had. With equally inexperienced and unqualified people in the other senior jobs, it will be a potentially dangerous case of no one knowing enough.

At the level of global operations, this is especially dangerous for our security. This is the level where decisions are made by the Secretary of Defense based on recommendations of the combatant commanders around the world. I was one such combatant commander for over seven years (at U.S. Southern Command, then U.S. European Command). When my recommendations went to the Secretary about how to move forces and conduct operations in my theater, he received advice from those senior civilians. For much of my time, by the way, the Undersecretary for Policy was the formidable Michele Flournoy, now tipped to potentially be the next SECDEF. In the Pentagon there is now no one with sufficient experience and stature to advise the Secretary, who himself doesn’t have the operational level vision that is essential for this job.

Finally, at the very highest strategic level, our nuclear forces are less secure with these sudden changes. The nuclear “football” which carries the codes to activate the strategic nuclear forces (our ballistic missile submarines, siloed intercontinental missiles, and long-range strategic bombers) is not something to be taken lightly, to say the least. To be prepared to make the hair-trigger decisions required, a SECDEF has to be thoroughly briefed, conduct practice sessions, get used to the verbal protocols, and deeply understand the mechanisms of the doomsday strategic processes. Secretary Rumsfeld and his team practiced such drills frequently and thoroughly.

What “normally” happens as administrations change is that a Pentagon “landing team” from the next administration comes to the Pentagon and begins a long process of receiving intelligence briefings; setting up for a seamless hand-off of tactical, operational, and strategic plans; gains the benefits of briefings by the outgoing team; and is ready on day one for whatever happens in the turbulent international world. I’ve been through several such high-level turnovers in the Pentagon, and always felt comfortable that whatever the political differences of the two sides, we were ready as a nation to deter our opponents and if necessary respond to them.

That will be impossible in the current scenario, first and foremost because the new Trump team literally has very little to share, having been in their jobs for a matter of days or weeks by the time the transition happens. All of this is compounded by the Trump administration’s refusal to let the normal wheels of transition begin. The Biden Pentagon landing team has been announced (a very experienced and sensible set of choices, by the way, including retired four-star Admiral Michelle Howard), but have been told not to begin. This is wrong for any of the cabinet departments, but in the case of the Pentagon it is clearly dangerous to our national security.

The good news is that the professional, uniformed military will remain focused on its job and ready to face the world. Our soldiers, sailors, airmen, and marines are on patrol from Kabul to the South China Sea. Our combatant commanders are working with our allies regionally, and signaling our opponents that it would be a mistake to try and take advantage of the evident disarray in the senior levels of the Department of Defense. But this level of petulance and acrimony in conducting a “massacre on the E-Ring of the Pentagon” does our national security real damage. It is too late to bring back the experienced officials just fired; but at least we must begin the turnover process. We are standing into danger. 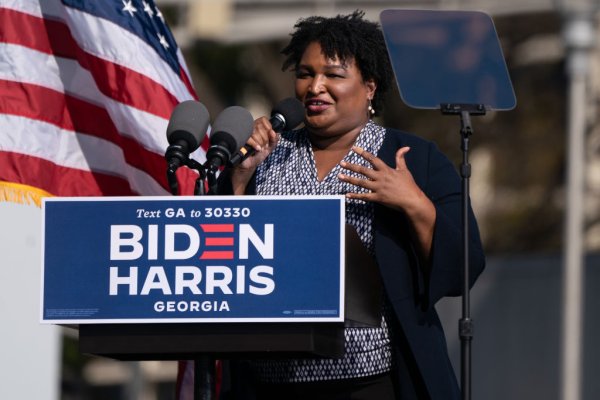 Black Women Organizers Are Part of a Long Tradition
Next Up: Editor's Pick