President-elect Joe Biden said Tuesday that he and his team would move steadily ahead with their transition plans, regardless of whether President Donald Trump concedes or he provides the resources traditionally offered to incoming administrations to assist in a transition.

“We’re well underway,” Biden said as he took questions from reporters after delivering remarks about the Affordable Care Act lawsuit. The Trump Administration’s failure to recognize the outcome “does not change the dynamic of what we’re able to do,” he said.”We’re going to be moving along in a consistent manner putting together our administration, our White House, reviewing who we’re going to pick for Cabinet positions, and nothing’s going to stop it.”

The transition is moving steadily ahead even though Biden has not yet been afforded any of the privileges typically offered to a President elect, such as office space in Washington and intelligence briefings. It helps that Biden, as a former Vice President himself, is already intimately familiar with most of the levers of the federal government. “There’s nothing that slows up our effort to put things together,” he said. The additional funding and classified information typically shared with the President-elect would be nice, he said, but aren’t necessary. “We don’t see anything that’s slowing us down, quite frankly.”

Biden said he had not yet spoken to the President, who has so far refused to accept the results of the election, or to Senate Majority Leader Mitch McConnell, who supports President Trump’s long-shot lawsuits to overturn the results. The General Services Administration, led by Trump appointee Emily Murphy, has not yet certified that Biden is the winner, which is why Biden’s team does not yet have the funding, office space, or access to federal agencies typically offered to a transition team. Biden has also not been given access to the Presidential Daily Brief, the national security briefing that normally gets shared with the President-elect. The Office of the Director of National Intelligence told NBC Biden could not get intelligence briefings until his election was certified by the GSA.

Normally, the incumbent President “has generally seen it in his own interest in terms of his legacy of preserving the presidency as an institution” to ensure a smooth transition of power,” says Martha Kumar, an expert on presidential transitions. ““The tone of the transition is set at the top by the incumbent president.”

Still, the Biden team has forged ahead. Yesterday, Biden and Vice-President elect Kamala Harris met with members of a newly formed COVID-19 Advisory Board, and today the transition team announced the names of “agency review teams” who will be tasked with coordinating the transition of power and the federal government’s biggest agencies.

Except, unlike the Trump Administration “landing teams” formed after the 2016 election, Biden’s “agency review teams” don’t yet have any access to federal agencies until GSA Head Emily Murphy certifies that Biden won the election. “We must be prepared for a seamless transfer of knowledge to the incoming administration to protect our interests at home and abroad,” said Senator Ted Kaufman, a longtime Biden ally and Co-Chair of the Biden-Harris Transition, in a statement. “The agency review process will help lay the foundation for meeting these challenges on Day One.”

Despite the efforts to block his transition, Biden says nothing the Trump Administration does can slow him down. “We’re just going to proceed the way we have,” he said. “We’re doing exactly what we’d be doing if he conceded and said we’d won, which we have. So there’s nothing really changing.”

When a reporter asked what he would say to President Trump, President-elect Biden flashed a grin and said “Mr. President, I look forward to speaking with you.”

Another reporter asked how he would work with Republicans who wouldn’t even acknowledge his win.

—With reporting from Tessa Berenson 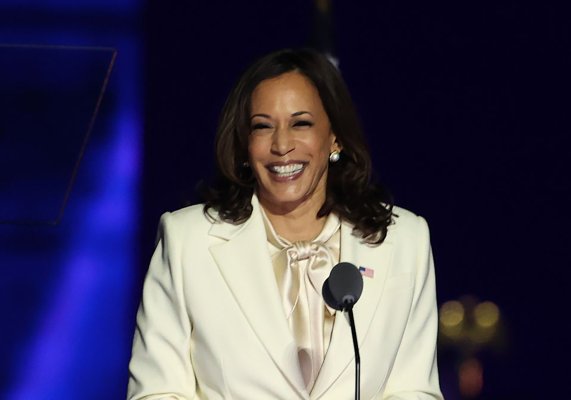