As a Candidate, Biden Said Little About Space. Here's What He Might Do as President

Charlie Bolden likes to tell the story about the time he and Joe Biden composed a sort of a song. It was back in 2010, when the former Vice President was overseeing the Obama White House push to pass a NASA budget authorization bringing private sector players like SpaceX and Boeing into the business of launching crew and cargo to the International Space Station (ISS). Bolden, then head of NASA, was championing the plan and he and Biden huddled to discuss how best to sell it to skeptical lawmakers on Capitol Hill.

“I remember when we were really having trouble getting funding out of Congress,” Bolden said at a press conference this past May, shortly before SpaceX launched its first crew to the ISS. “I went in and talked to the Vice President and he said, ‘I can help you. I know the tune but you’ve got to give me the lyrics.'”

It worked. Congress did pass the authorization bill establishing the commercial crew and cargo program and in the last decade, NASA and the private sector have become close partners in keeping the ISS staffed and supplied. That was one of the signature—if less-touted—achievements of the Biden vice presidency. And for the space community, it bodes well for NASA now that Biden has snagged the top job in D.C..

The enthusiasm is not without merit. Ever since the administration of President John Kennedy, space has often though not always been part of the vice president’s portfolio. Lyndon Johnson handled the job under JFK, Dan Quayle did the same for President George H.W. Bush, as did Biden for President Barack Obama and Mike Pence for President Donald Trump. Until now, it was only Johnson who later became president himself and from 1963 to 1969 he oversaw what was by any measure NASA’s golden age—a time of robust funding, ambitious goals and a successful push to put boots on the moon. Biden seems well positioned to fit the Johnson mold—but there are plenty of reasons for space enthusiasts to keep their expectations in check.

When the Trump era ends on January 20, 2021, Biden will inherit more than a few messes—not least the pandemic and its devastating economic consequences. On the less urgent but more positive side, he will also inherit a 21st century space program enjoying a mini golden era. Trump and Pence have been exceedingly space-friendly, overseeing steady if modest increases in funding that have seen the NASA budget grow from $19.65 billion in 2017, to $20.7 billion in 2018, $21.4 billion in 2019, and $22.629 billion in 2020. That represents a little more than 0.4% of the federal budget, compared to a comparatively huge 4.0% in the mid-1960s, but funding boosts are funding boosts and NASA welcomes every dollar.

With the additional money, NASA has been able to proceed with its plans for the Artemis program, which aims to return astronauts to the moon by 2024; support the commercial crew program; continue funding the James Webb Space Telescope; and bankroll interplanetary missions like the Perseverance rover, now on its way to Mars, as well as the Dragonfly mission to the Saturnian moon Titan and the Europa Clipper mission to the Jovian moon Europa, both of which are planned for launch later in the 2020s. Notably, Trump also established the U.S. Space Force as a sixth branch of the armed forces. Funding for the Force does not come out of NASA’s shallow pockets but the Pentagon’s far, far deeper ones—in any case, it is one more sign of a growing and ambitious U.S. presence in space.

That, however, could change under Biden. As a candidate, he said almost nothing about space, breaking his silence only in May to celebrate the SpaceX crew launch. The topic did not come up in either presidential debates and was never a staple—or even a topic—of Biden’s stump speeches. That doesn’t mean he’s gone entirely cold to space—especially since the pandemic and the economy made it hard to talk about much else, particularly something like space which feels, to many voters, like a pricey luxury.

For starters, Biden will surely continue robustly backing the commercial crew and cargo program as it has his fingerprints all over it and it’s been a clear and so-far unalloyed success. The Space Force might be a different matter. Critics argued that it was little more than a vanity project for Trump—a chance to unveil a new logo, new uniforms, and a new seat at the table of the Joint Chiefs of Staff, all in the service of work that the U.S. Air Force is doing anyway, such as protecting U.S. assets in low-Earth orbit. Biden could scrap the new branch and fold its services back into the Air Force both to save money and to divorce his Administration from so conspicuously Trump-branded a program.

The same could be said about the Artemis lunar program, especially since the 2024 target date—which has never been realistic, given that none of the flight hardware needed for a lunar landing has been flown, or is even fully built yet—was picked to coincide with the last year of a possible Trump second term. What’s more, the day after the election was called for Biden, NASA Administrator Jim Bridenstine—a champion of the 2024 plan—told Aviation Week that he would be stepping down and allowing the new president to pick his own space agency chief. But bet on Artemis at least to survive.

Way too much of that hardware is already being built and way too many years have gone into developing it for a new Administration to throw it away now. The Space Launch System (SLS)—the 21st century answer to the Saturn V moon rocket—has been in the works since 2004, as has the Orion crew capsule, and both are planned for their first flight sometime in 2021. Plus, NASA recently announced the signing of the Artemis Accords, an international partnership to get to the moon, similar to the 15-nation consortium that built and maintains the ISS. In both cases, partner nations would provide hardware like habitation modules and cooperate to launch and maintain them. Biden spent no shortage of campaign-trail oxygen condemning Trump’s flouting of international agreements like the Paris climate accord and the Iranian nuclear deal to make one of his first acts in office walking away from even a modest pact like Artemis. What’s all but certain to change is the 2024 landing date—both because it is likely to be logistically impossible anyway and because there is no Trump second-term deadline to satisfy.

One thing that’s all but certain is that Earth science missions, which often involve climate monitoring and were targeted for cuts under Trump, will be in for a funding boost under a much more climate-friendly Biden Administration.

Less knowable is if NASA will continue seeing the steady funding increases under President-elect Biden that it did under Trump. This year, for the first time in the Trump era, funding has remained flat, with the fiscal year 2021 request matching that from 2020. Biden, with a Democratic House but an all-but certain Republican Senate, would not be able to work his will even if he strongly advocated for a major increase. And GOP lawmakers, who are typically less friendly to environmental spending than Democrats, might be less inclined to sign off on more NASA cash if the Earth science programs receive a meaningful share of the money.

Whatever a Biden space policy turns out to be, it is likely to be a low priority item, with the pandemic and the economy, as well as the job of rejoining the Paris climate deal and repairing international partnerships overall consuming at least the new president’s first year in office. Space will have to wait its turn. If Biden and NASA have another collaborative song in them, don’t expect it to be sung for a while yet. 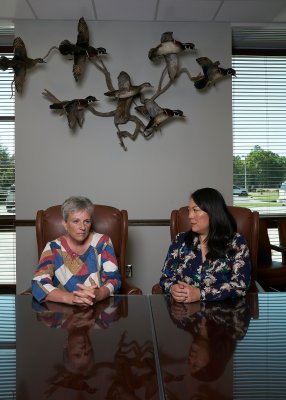 How One Rural Georgia Hospital Saved Itself
Next Up: Editor's Pick