Forget 4K and Solid State Drives. The Controller Is the Best Reason to Get a PlayStation 5

As a new generation of video game consoles arrives, many have wondered whether the PlayStation 5 and Xbox Series X will actually feel “next gen”—that is to say, markedly better. New console generations used to mark major leaps in performance, fidelity and ways of playing (think of the graphical leap from the NES to the Super Nintendo, or the jump to 3-D games with the original PlayStation). But more recently, there’s been less distance between one generation of consoles and the next. And today, high-powered gaming PCs already surpass the PS5 and Microsoft’s Xbox Series X in the specs department, delivering higher frame rates and better visuals.

All this was on my mind when I first fired up the PlayStation 5. In truth, all I really wanted was faster loading times and that sweet, sweet 4K output. And then I picked up Sony’s new DualSense controller.

Sony has largely marketed the PlayStation 5 on its native 4K resolution, faster performance (thanks in part to an integrated solid state drive) and the inclusion of “3D Audio.” And these are all certainly nice features. But the controller, with its new haptic vibrations and adaptive triggers, is downright incredible.

The company promised that the DualSense’s haptic feedback would provide “a variety of powerful sensations,” but those of us steeped in video game marketing are skeptical people. Turns out, Sony vastly undersold it—this is not the disappointing “HD Rumble” Nintendo included in the Switch’s Joy-Cons. The haptics included in the DualSense provide a tangible sense of connection that I’ve frankly never experienced with a video game. When swinging in Spider-Man: Miles Morales, for instance, you’ll feel little vibrations of web stretching out from our hero’s arms. When Miles is on the subway, you’ll feel the tracks underneath. When he turns on a TV, you’ll feel the click of the button.

While Miles is impressive enough, the haptics in Astro’s Playroom, the PlayStation 5’s free pack-in demonstration game, really blew my mind. There’s an unexpected distinction between Astro walking across metal versus a sandy beach, for instance. When you pick up a gun, every shot feels different. And when it starts raining on Astro, the haptics across the DualSense controller provide an amazing simulation of getting stuck in a downpour.

The DualSense’s Adaptive Triggers were less surprising; you’d expect some tension while drawing a bow or pulling a trigger. But seeing how some launch games have used the technology makes me even more excited for whatever’s next. Sure, there’s bow tension in Astro’s Playroom, but there are also fragile climbing moments that require delicate trigger-handling, while controlling a rocket ship offers a new sensation altogether. In Miles Morales, web slinging includes a slight bit of satisfying tension. And though fairly simple, I’ve loved the feeling of the triggers when taking a picture in Bugsnax.

The DualSense also boasts an updated controller speaker, a more sensitive touchpad and advanced motion controls, though none of these feel like major upgrades—if anything, it’s the combination of the triggers, the haptics and the speaker that truly heighten the whole experience.

Of course, the DualSense could turn out to be a gimmick. While the controller feels incredible, game developers might not take full advantage of the best features here. Many teams crunching to get a game out on time for multiple consoles and PC might not allocate the resources to fully utilize the PS5’s adaptive triggers and haptic feedback. Think of the DualShock 4’s touchpad, a feature I thought was pretty cool upon the PlayStation 4’s launch—but few developers, even Sony’s own, made much use of it. Devs won’t forget about vibration and triggers, but my fear is that few will explore all the possibilities.

Of course, the PlayStation 5 is more than its controller. The SSD integration speeds up load times, the 3D Audio sounds great on Sony’s Pulse 3D Headset and, with the help of my outstanding 55’ OLED TV, the visuals are incredible. But if the iterative advancements of sharper resolution, more immersive sound and quicker load times don’t seem like a big, next-generation leap, then maybe you’ll be as delighted as I am about the new controller. 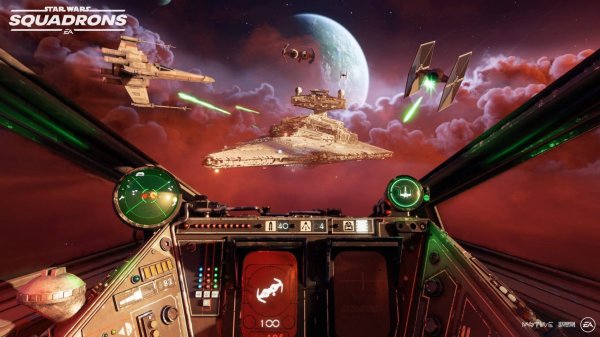 Star Wars: Squadrons Crams Tons of Fun in a Tiny Cockpit
Next Up: Editor's Pick