By Brian Bennett and Sean Gregory

No matter what the final outcome is, this wasn’t a wave election. Key states are close. Votes are still being counted, and either candidate could still eke out a win.

But as the historic 2020 presidential election heads into its second night, the odds seem to be on Joe Biden’s side.

The former Vice President has managed to flip Arizona, Wisconsin and Michigan into his column, according to calls from the Associated Press. As of Wednesday evening, Biden has 264 electoral votes, according to the AP. Six electoral votes are up for grabs in Nevada. That math would put Biden at the magic number for winning the presidency: 270 electoral votes.

That means Biden could afford to lose Pennsylvania, and fall short in North Carolina and Georgia, as long as he holds on to Nevada. It’s a state that went for Hillary Clinton in 2016, and a state in which Biden is currently beating Trump in the key population centers of Las Vegas and Reno.

Biden has expanded his path to the presidency. If his lead slips in Nevada, a win in one of three other states still too close to call—Pennsylvania, North Carolina and Georgia—would put him over 270 electoral votes. Trump currently leads in these three states, but Biden has cut into deficits in Pennsylvania and Georgia as more mail-in votes in Democtatic strongholds like Philadelphia and Atlanta are counted.

In his bid for reelection, Trump has successfully defended large states like Texas and Florida that carry large electoral vote counts and that former Vice President Joe Biden’s campaign hoped would turn blue. That didn’t happen. Trump also held onto Iowa and Ohio where Biden had tried to tip the balance in recent months. The Trump campaign had tried to draw New Hampshire and Minnesota over to the GOP, but the AP has already called both those states for Biden.

Trump now needs plenty to go his way in order to secure reelection. After losing Michigan, he now needs Pennsylvania in order to stay in play. If he holds on to Pennsylvania’s 20 electoral votes, he will also need to sweep Nevada, Georgia and North Carolina. Losses in any of these states end his chances.

The winner will be determined by millions of absentee and mail-in ballots that are still being counted. Litigation, and the President’s attacks on the democratic process, can roil the results; the Trump campaign has already called for a recount in Wisconsin and has filed suit in Michigan to halt the counting there, claiming it was denied access to observe the opening of ballots. The campaign has also filed lawsuits in Pennsylvania and Georgia to stop counting in those states.

Trump wrote on Twitter Wednesday afternoon: “We have claimed, for Electoral Vote purposes, the Commonwealth of Pennsylvania (which won’t allow legal observers) the State of Georgia, and the State of North Carolina, each one of which has a BIG Trump lead. Additionally, we hereby claim the State of Michigan if, in fact,….. there was a large number of secretly dumped ballots as has been widely reported!” 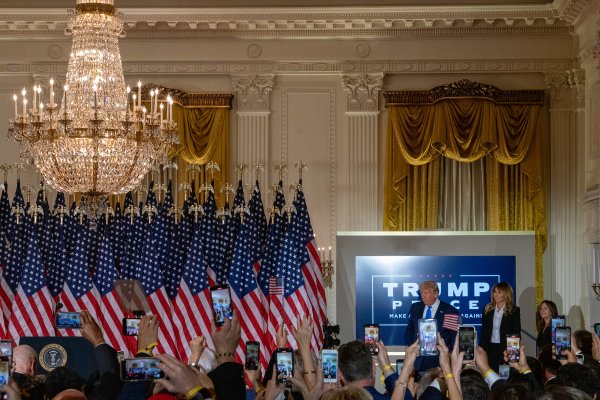