The U.S. Separated Families Decades Ago, Too. With 545 Migrant Children Missing Their Parents, That Moment Holds a Key Lesson

Critics of U.S. government policy that separates children their parents when they cross the border illegally from Mexico protest during a 'Families Belong Together March', in downtown Los Angeles on June 14, 2018.
Robyn Beck—AFP via Getty Images
By Ivón Padilla-Rodríguez

On Thursday, the House Judiciary Committee released a 550-page report confirming that the Trump Administration had “full knowledge that hundreds of children would likely be lost to their families forever” as a result of its 2018 “zero tolerance” policy. This discovery directly contradicts Administration officials’ repeated denials that “zero tolerance” intentionally separated families—the insistence that what happened to children was nothing more than a side effect of the decision to prosecute adults for unlawful entry.

Now, 545 children are still living with the consequences of “zero tolerance,” more than two years after its implementation. These minors still have not been reunited with their parents. President Trump has demonstrated no urgency to reunite these families and has even brushed aside concern by insisting that children were “so well taken care of” in immigration custody.

Despite the apparent novelty of this policy, this is not the first time undocumented children have had to endure prolonged family separation, lone deportation or relegation to the foster care system. About 40 years ago, authorities separated families and lost track of children. Nor is this the first time government officials have obscured such a situation—a fact that offers dual lessons for the present about how to reconcile competing accounts of immigrant treatment.

Read more: Shakira: The Parents of 545 Children Are Missing, and the Silence Is Blaring

In the 1970s and ’80s, at a moment when the law numerically restricted Latino immigration while poverty and violence constrained young people’s lives in Mexico and Central America, the face of unauthorized immigration changed dramatically to include growing numbers of women and children. The Immigration and Naturalization Service responded by stepping up its enforcement efforts. This hardening of the U.S.-Mexico border, the U.S. government’s preference for refugees fleeing communism and growing desperation among migrants contributed to the explosion of the coyotaje (human smuggling) business.

In a bid to thwart the increase in unauthorized migration, the Immigration Service in the late 1970s started to prosecute individual coyotes in court as a matter of policy. This decision did little to hold accountable well-resourced smugglers, who could secure bail within a single day of arrest. Instead, as authorities attempted to gather “material witnesses” against coyotes, the decision caused what the Midwest Coalition in Defense of Immigrants deemed “a violation of the most elementary human rights of children”: the mass imprisonment of thousands of Mexican and Central American minors, and the separation of families.

In 1979, when 340,00 immigrants were arrested at the border, more than 8,000 were children and 600 of them served as witnesses. In the late 1980s, the government incarcerated about 5,000 children a year and used 900 as witnesses in a single year. Immigration authorities resorted to incarcerating the women and children based on the erroneous belief, which is still untrue even today, that undocumented immigrants do not show up for scheduled court appearances if released from detention.

Their very incarceration frequently involved physical separation, since non-English-speaking children and their adult relatives were held on separate floors of detention centers, causing widespread confusion and fear. It was not until the Obama Administration built family detention centers that the government had the infrastructure to incarcerate entire families together.

Immigration and prison officials of the time forcefully denied that children were being separated from their parents or, in some cases, that they were even being imprisoned. A prison warden in San Diego told reporters for the San Diego Union that, “we have never separated children under 10 years old from their parents.” The District Director of the Immigration Service in 1980 denied incarcerating young children at all or “releasing” them to authorities in Mexico “or other Hispanic nations” unless the government could establish contact with an adult responsible for them.

Not only did the denials indirectly confirm the separation of older minors from their families, but human-rights defenders, journalists and detained migrants on hunger strikes also brought press attention to cases of newborns kept in prisons and young children separated from their parents.

Apprehended children were asked to choose between remaining inside the same detention centers that held their parents or separating from their families to get assigned to unrelated foster parents, who volunteered to sponsor the children through local Catholic institutions under contract with the U.S. Marshals Service. In 1979, government officials publicly depicted this program as a “humane effort to solve the problem of illegal aliens,” but privately acknowledged in manuals for the program that, “most foster children are disturbed by separation from their family.”

In one especially egregious case reported on by the L.A. Times, 4-year-old Orlando from El Salvador was separated from his mother, Ana Margarita, for an entire year and sent to a foster home until a protracted legal battle won their reunion.

Other 4- and 5-year-olds were separated from their families to gather intelligence about coyotes. One Border Patrol officer in El Paso, Texas, touted to a New York Times journalist that “if you browbeat them [the young children] enough, tell them ‘We’re going to leave your mama locked up forever if you don’t tell us the truth,’ the kid’ll tell you everything” about their border-crossings.

When parents remained incarcerated to serve as “material witnesses,” their children were sometimes deported alone to northern Mexico. According to the Committee on Chicano Rights and firsthand accounts obtained by the L.A. Times, some of these youths ended up being arrested and thrown into overcrowded Tijuana juvenile detention facilities. Beyond being subjected to a double criminalization, apprehended child deportees were beaten by guards and tortured by Mexican police—tragedies not unlike the violence faced by asylum-seekers pressured into deportation and forced to “Remain in Mexico” today.

Critics charged that no serious effort was made on the part of the government to reunite parents with children who had been “lost” to the federal bureaucracy, thus permanently separating families who lacked the resources to wage drawn-out legal battles.

This little-known moment of family separation and child detention offers a warning for today, as advocates work to make sure the 545 un-reunited children are not forgotten: government narratives about the treatment of undocumented children and families have long been unreliable, and official statements must be considered alongside testimony from immigrants and their advocates. Otherwise, the full repercussions of draconian immigration policies might not be conspicuous to the public until the damage to families has long been done.

Ivón Padilla-Rodríguez is a U.S. history Ph.D. candidate at Columbia University specializing in the 20th century legal history of child migration. Outside of the academy, she has conducted research on child migration for the federal government and non-profits in the U.S. and Mexico. 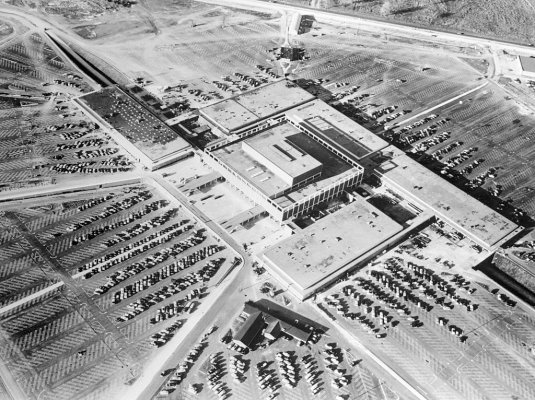 As COVID-19 Slams Retail, Remember the Origin of Shopping Malls
Next Up: Editor's Pick