Ask Sarah Silverman Anything: The Comic on Creating Her New Podcast and Surviving the Election

Get more of this exclusive interview with Sarah Silverman by subscribing to It’s Not Just You, a new weekly newsletter from TIME editor-at-large Susanna Schrobsdorff. Sign up here to get a serving of small comforts and big-hearted advice delivered directly to your inbox.

Six episodes into her debut podcast, comedian and actor Sarah Silverman suspects that this might be the medium for her. And like a lot of new work this year, “The Sarah Silverman Podcast” was born out of the pandemic shutdowns.

“This is the longest I’ve been without stand-up since I started at 18,” Silverman says. “I really needed someplace to put all this.” She gestures to imply all that 2020 has wrought.

The show launched on October 8th with sprawling episodes that have a bit of everything: searing political critiques; ruminations on everything from social media to her family; and the ribald digressions that she’s known for. “I’m loving it,” she says. “I’m learning a lot of the lessons over again that you learn in stand-up. I was swearing every other word [in early episodes] because I suddenly felt this immense freedom that you don’t have on television, or even on cable … But you listen and you go, ‘Well, let’s make those F-bombs mean something.’”

She gets deep into the rise of conspiracy theories like QAnon and “this cult of Trump.” But her ire doesn’t extend past wealthy moguls and enabling politicians. “I separate what I think of as the liars and the lied to,” she says. “Especially studying what’s going on at Facebook and YouTube and the algorithms and the money they make from clickbait that instills rage, and how we are getting completely different streams of information and news and truth. We are living in a time of no baseline truth.”

What gives the show heart are the questions she gets from her audience and how she responds. “I take voicemails from you and you direct where the podcast goes,” she says. “And I don’t worry about segues because everything is connected—the micro, the macro … It’s messy and it’s loose and I like it.”

It might come as a surprise to some of her stand-up audiences, but the advice she gives callers is unabashedly sincere. She most often advocates for compassion and connection. “You don’t even really change people’s minds often with facts or poll numbers or things like that. People are really only changed from feelings. If they’re going to be changed at all, they’ll be changed by loving you, this person who embodies everything that they’re against.”

Some of the questions are achingly personal. One guy called about being upset with himself over the way he felt about his sibling becoming a trans man. Silverman’s response was a clever path to empathy: “His woke self knows how he should feel about it. But that’s not how he feels about it.” Then she pointed out that his discomfort was the mirror image of how his now-brother felt when he knew how he was supposed to feel in a body that presented as female, but he didn’t feel that way.

Her podcast roams freely through all kinds of minefields. But she rejects the idea that no one can say anything anymore because of “cancel culture. You can say something,” Silverman says. “Many comics are into being risky or edgy, and they forget that what that means is sometimes there’s consequences and that’s the bravery of that. You can’t complain [about] feedback that’s negative or [that] people are angry. You either change and learn from it, or you stick your ground because it’s what you believe. It’s part of the risk.”

Silverman, who will turn 50 in December, is reflective on making mistakes, apologizing, and living a more examined life. “I think about the day and if I think I’ve overreacted … it was my ego talking,” she says. “I see in a lot of people, and I saw in myself earlier on in my life, this shame about being wrong, or not knowing. So I just am very lucky in that I’ve come to a place where I really enjoy learning new things and learning them out loud. There’s so much I do wrong and mess up. If that can help anybody, great.”

Like the rest of us, Silverman says she’s on the edge of her seat about the presidential election results. A longtime Bernie Sanders supporter, she believes the Democrats made a conservative centrist choice out of fear after what happened in 2016. But she’s “praying to the God I don’t believe in that [Joe Biden] wins. I hope to very soon be complaining about a Biden presidency. I should be so lucky.”

For more of our interview with Sarah Silverman, including her thoughts on finding connection in a divided world, sign up here to get our new newsletter It’s Not Just You this Sunday. 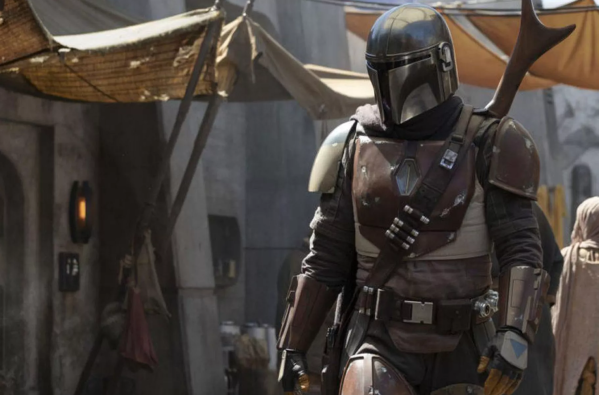 An Iconic Star Wars Character Just Showed Up in The Mandalorian
Next Up: Editor's Pick