New product lines in the form of candies and vitamins are proliferating, aimed at improving mental health.
Getty Images—Doug Sacha
By Raisa Bruner

L-theanine. Rhodiola. Ashwagandha. Cannabidiol. GABA. These ingredients were once relegated to alternative-health shops and mail-order supplement businesses. Now, they’re just a few of the buzzy alternative substances that celebrities are hawking as answers to our contemporary anxiety crises—despite the lack of conclusive evidence that they can help people with mental health challenges.

On October 22, Zak Williams, son of actor Robin Williams, announced the upcoming release of his new line of mood-enhancing candies, PYM, short for “Prepare Your Mind,” and, according to its spokesperson, designed to address “feelings of: overwhelm, stress, anxiety.” Williams’s father died by suicide in 2014; Williams has been open about his own struggle with depression and dissatisfaction with prescription medication, which he says spurred him to start this company as an alternative resource.

The “mood chews,” with their combination of L-theanine, rhodiola and GABA, are maybe the celebrity-backed product most clearly marketed at reducing anxiety, but Williams is not the first notable figure to make a move in the space.

Last month, home and garden guru Martha Stewart shared the news of her own new CBD gummies, oil and softgels, marketed for “wellness.” Figures like Whoopi Goldberg, Seth Rogen, Willie Nelson, Snoop Dogg and Chelsea Handler have also dipped into the broader cannabis industry, making it one of the more popular areas of recent investment from celebrities, although these particular individuals have steered clear of directing their messages at mental health specifically.

With the onset of the COVID-19 pandemic, the U.S. has entered a mental health crisis: 40% of adults reported struggling with mental health or substance issues this spring, according to a report published by the U.S. Centers for Disease Control and Prevention in June, based on a survey reviewed by a team at Monash University in Australia. Symptoms of anxiety disorder were up about 300% compared to the same quarter in 2019, and 10% of respondents reported “seriously considering suicide” in the month prior.

The wellness market is working overtime to take advantage, as in-person therapy becomes more difficult to access. According to some market analyses, the broader self-care industry, which encompasses many forms of wellness-focused consumption, currently has an estimated value of about $450 billion. One slice of that substantial pie are these over-the-counter products that claim to reduce anxiety or otherwise improve mental health—with no approval from the U.S. Food and Drug Administration or other verification that they are effective or safe. These new brands are unified by trendy direct-to-consumer distribution and sleek Millennial-aimed marketing. And they’re boosted by high-profile backers, like Williams, who lend them legitimacy.

But evidence-backed science is thin on many of the ingredients in question. “One of the challenges with anxiety and depression is that we tend to see fairly high placebo response rates,” says Dr. Martin Antony, a professor of psychology at Ryerson University in Toronto, Canada and author of The Anti-Anxiety Workbook. “It’s probably pretty difficult to create a treatment that people don’t find effective, because when people are at their worst they tend to get better,” he says.

For instance, studies suggest that while CBD might be useful for improving sleep quality, other effects need more study; Antony says the claims “go way beyond the findings.” But entrepreneurs like Stewart are powering ahead with their products. Her decision to lend her brand name to these products appears to be more about keeping up with consumption trends than anything else. “I want to be current,” she told the New York Times in a profile last month. The “Martha Stewart” branding and luxury flavors—Meyer lemon, kumquat—don’t hurt. “Since the onset of COVID-19, people have been more stressed than ever, and CBD is a natural way to manage life’s difficulties,” a spokesperson for the brand shared with TIME. “Martha Stewart is a name that people know and trust. We believe this brand will invite ‘CBD intenders’—people who are curious about CBD but who have never tried it—to experience the many wellness benefits that Martha herself enjoys.” (In cannabis products, CBD and THC are the two cannabinoid compounds that are most commonly found. Both are regulated differently at the federal and state levels. THC is the compound responsible for a cannabis “high,” while CBD does not offer the same psychoactive response. Both, however, are being studied for their impacts on mood and anxiety.)

L-theanine, rhodiola and GABA, meanwhile—the primary components in Williams’s new vitamins—are adaptogens and amino acids found in foods like green tea and kimchi and used regularly in alternative and non-Western medical practices. Several studies have shown that L-theanine reduced some stress symptoms in patients. Rhodiola is less well-researched, with inconclusive results in some studies. Past research into GABA has also been inconclusive, although some more recent studies suggest it has potential for various positive health effects, including the prevention of depression. “A lot of these studies often look at whether they’re reducing symptoms of anxiety, not treating an anxiety disorder,” Antony cautions, and while proven treatments like cognitive behavioral therapy have thousands of studies behind them, these alternatives are still in their early stages of research. “There are lots of other strategies; they’re not as quick as putting a capsule in your mouth, but there are a lot of other strategies that are better studied. Some are medications, but there are lots of non-pharmacological options,” he says. Meditation and mindfulness, for instance, has become a proven mental health intervention.

Williams is far from the first to peddle unproven substances as mental-health treatments. Perhaps most prominently, actor Gwyneth Paltrow has, through her Goop brand, long been selling vitamin packets with names like “Why Am I So Effing Tired?,” which includes an adaptogen mix for “physical and emotional stress” with ashwagandha and holy basil, or tulsi, both Ayurvedic treatments that some studies have found improve mood and alleviate stress. Other brands favored by the celebrity set, like L.A.’s Moon Juice or DTC brands like Ritual and Care/Of, also bundle up adaptogens like ashwagandha and rhodiola in products marketed as anti-stress treatments.

The problem lies in the marketing: people desperate for help managing depression and anxiety who can’t afford traditional mental healthcare may turn to these over-the-counter options promoted by their favorite celeb, and find no relief. “These products are not well regulated; they don’t have to be proven to be safe or effective to go on the market,” Antony says. “It’s kind of like selling cupcakes rather than selling a medication.” In a year when many are struggling with severe anxiety around the global pandemic and economic recession, that could do more harm than good. 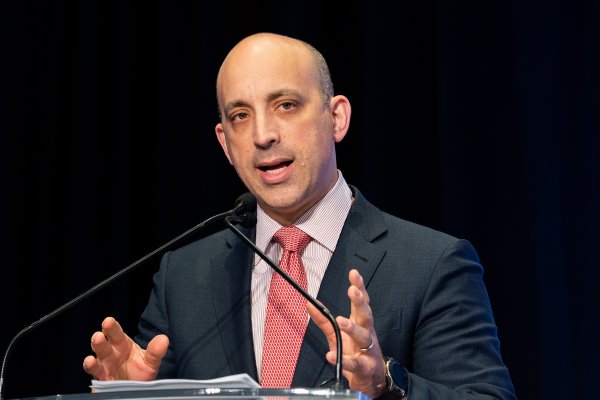