After Months of Minimal COVID-19 Containment, Sweden Appears to Be Considering a New Approach

Swedish authorities appear to be reconsidering their notoriously lax approach to COVID-19 containment, which has contributed to one of the world’s higher coronavirus death rates.

Starting Oct. 19, regional health authorities may direct citizens to avoid high-risk areas such as gyms, concerts, public transportation and shopping centers, the Telegraph reports. They may also encourage residents to avoid socializing with elderly or other high-risk individuals.

“It’s more of a lockdown situation—but a local lockdown,” Dr. Johan Nojd, who leads the infectious diseases department in the city of Uppsala, told the Telegraph.

In a statement provided to TIME, however, a spokesperson for the Public Health Agency of Sweden rejected that characterization.

“It is not a lockdown but some extra recommendations that could be communicated locally when a need from the regional authorities is communicated and the Public Health Agency so decides,” the spokesperson said.

A legal official from Sweden’s public health agency told the Telegraph the new policy is “something in between regulations and recommendations.” Violating the guidelines, for example, would not result in fines. Still, it’s a significant shift from Sweden’s previous handling of the coronavirus pandemic. While countries around the world implemented lockdowns once the virus began spreading, Swedish authorities largely let life continue as normal.

The Swedish government in March limited public gatherings to 50 people, but the policy left gaping loopholes—it doesn’t apply to private and corporate gatherings, nor to schools, shopping malls and plenty of other locations. Restaurants and bars never closed. Masks are not recommended in most places. There’s little to stop people from going to school or work if they come into contact with an infected person. Sweden’s testing and contact tracing capacities are lacking.

As of Oct. 18, Sweden’s per-capita death rate—58.6 per 100,000 people—was among the highest in the world. And from early September to early October, average daily cases nationwide rose by 173%, with particularly dramatic increases in cities such as Stockholm and Uppsala.

These hard-hit areas are the focus of Sweden’s shifting guidance, according to the Telegraph‘s report. Nojd told the outlet he is considering telling people in Uppsala not to visit the elderly and other vulnerable populations, and to avoid making unnecessary trips on public transportation. He also mentioned the possibility of imposing curfews on restaurants.

Representatives from the city of Uppsala did not immediately respond to TIME’s request for further comment.

Swedish authorities appear to be conceding that reaching herd immunity—the threshold at which enough of a population is immune to the virus for it to stop spreading widely—is unlikely to be happen without a vaccine. While officials have avoided explicitly calling herd immunity the goal of their casual containment approach, emails obtained by journalists show high-level Swedish public-health officials discussing that strategy as early as March, apparently motivated by economic concerns.

“I think the obvious conclusion is that the level of immunity in those cities is not at all as high as we have, as maybe some people, have believed,” Tegnell said. “I think what we are seeing is very much a consequence of the very heterogeneous spread that this disease has, which means that even if you feel like there have been a lot of cases in some big cities, there are still huge pockets of people who have not been affected yet.” 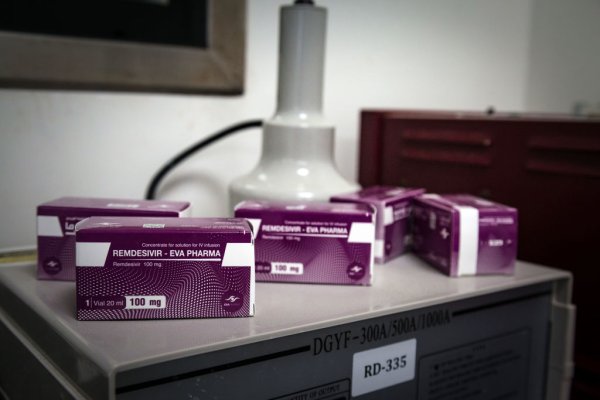 What the Conflicting Results on Promising COVID-19 Drug Remdesivir Really Mean
Next Up: Editor's Pick