New Zealand's Jacinda Ardern Just Won a Landslide Victory. What Will She Do Now?

New Zealand Prime Minister Jacinda Ardern claims victory after her Labour Party won a landslide victory on Saturday, Oct. 17, 2020. She will be the first prime minister under New Zealand's government current system who will be able to govern without the help of other coalition parties, giving her almost unprecedented new power.
Hannah Peters–Getty Images
By Belinda Luscombe

If everything had gone to plan, Jacinda Ardern would have been re-elected Prime Minister of New Zealand on Sept. 19, the 127th anniversary of Kiwi women becoming the first on the planet to have both the right to vote and two x-chromosomes.

The pandemic nixed that shrewdly orchestrated historical moment, but Ardern’s re-election was memorable enough. On Saturday, her center-left Labour Party will return to power with a landslide of 64 of the 120 seats in Parliament—meaning Ardern has just become the first leader under New Zealand’s current system of government to be elected outright. Unlike her predecessors, she will not have to form a coalition.

One of the world’s more popular leaders just got a lot more power.

Read more: A Year After Christchurch, Jacinda Ardern Has the World’s Attention. How Will She Use It?

It’s perhaps ironic that Ardern, 40, who has championed multilateralism and coalition-building, would garner election returns comparable with the populist strongman-style leaders that have arisen in more populous countries such as Brazil and India. But it has been hard to argue with her results: New Zealand has kept COVID-19 at bay, losing a mere 25 citizens to the disease so far, with new infections of fewer than 20 a day since mid-April. (The election was disastrous for Ardern’s main opponent, Judith Collins. Her center-right National Party won its lowest number of seats since 2002.)

Ardern’s clear and compassionate messaging during the pandemic, cheering on her “team of five million” blended with such homey encouragements as checking in on “new mums” during her daily Facebook live videos were reminiscent of her other impressive moments of crisis communication, especially her handling of the Christchurch mosque shooting in March 2019. In both cases, her instinct was to remind her compatriots of their connectedness, and show her own vulnerability and humanity, while also acting swiftly and decisively to get difficult tasks done, like getting people to stay inside or hand in their weapons.

Now that the crisis has passed (at least for the moment), Ardern seems more intent on more judicious and consensual action. “I see a strong part of my job is developing working relationships and keeping them strong,” she told TIME in January. “That’s MMP,” she added, referring to New Zealand’s mixed member proportional system of voting, which favors coalitions. Ardern has long championed the power of multilateralism, and on the campaign trail often spoke of how lasting change isn’t possible unless there’s wide support for it from several corners.

Read more: New Zealand’s Election Offers a Glimpse of a Calmer Democracy in the Time of COVID-19

So what will a “pragmatic idealist,” as she calls herself, do now? The coalition deal that initially brought Ardern to power put a brake on her ability to make good on her campaign promises during her first term. She struggled and failed to push through a capital gains tax, to build 100,000 affordable new homes and to reduce child poverty. Under pressure from farmers and her coalition partners in the right-wing New Zealand First, a much-vaunted zero carbon bill proved toothless.

Now having won this election outright, she and the Labour Party will have tabula rasa to enact more ambitious legislation. Some of those policies will now be less relevant, because of the economic ravages of the pandemic, but for others, especially those dealing with climate change, the timing could be right; a pandemic has a way of making people more aware of the cost of ignoring scientists’ warnings.

In her victory speech Saturday, Ardern opened by highlighting the size of her victory, calling it New Zealand’s greatest support for the Labour Party in at least 50 years. Yet far from crowing about her new mandate, she pledged to use the majority to accelerate the economic recovery plan her government had already begun to implement.

“We will govern as we campaigned, positively with optimism about our future,” she said.

It was a signal that Ardern will prize stability over revolution, or even large policy initiatives. Rather than a capital gains tax, Ardern plans to increase the levy on those who earn more than NZ$180,000 ($120,000) a year, from 33% to 39%, not exactly a Swedish-level-rate. And rather than regulating emissions from farms, her government will reduce the country’s dependence on coal by outlawing certain kinds of coal fire boilers and making all public buses zero emissions.

Labour’s platform is full of worthy but small-ball initiatives—supporting small businesses, attracting overseas investment, increasing investment in educating young Kiwis for the trades and supporting high-end tourism—schemes not grand enough to spook investors. And indeed the stock and real estate markets, after dipping in March, are both going gangbusters. House prices usually fall before an election: they’ve climbed 7.6% in the last year.

These are all remarkably market-friendly initiatives from a leader who only a dozen years ago was the president of the International Union of Socialist Youth. “Despite the talk about well-being—and certainly the choice here was health before wealth— every single policy response has been about ‘growth’ and GDP, unless it has been a response from the [Green Party],” says Professor Dame Marilyn Waring, an economist, former National Party MP and ex-board member of the Reserve Bank of New Zealand, who adds that most of the ambition seems to reside in environmental protection measures. “Some long overdue conservation responses are now happening.”

Ironically Ardern may find her erstwhile political partners to be easier bedfellows than her own party. Large Labour Party caucuses can be rowdy, especially from the back benches. ”Because the Labour caucus does not allow any dissent once a policy is agreed, we will not have much creative imagination brought to the table,” says Waring, who adds that the Prime Minister may especially miss having the Greens in the room; one of the advantages of a coalition is that there is usually a surfeit of experience and a wider range of policy ideas being considered.

Ardern likes to say on the campaign trail that the first term was about laying foundations and this is the term in which her government can really build. But if she wants to get to the policies she holds most dear—child welfare and combating climate change—she might need to use her coalition-building skills to work within her own party. 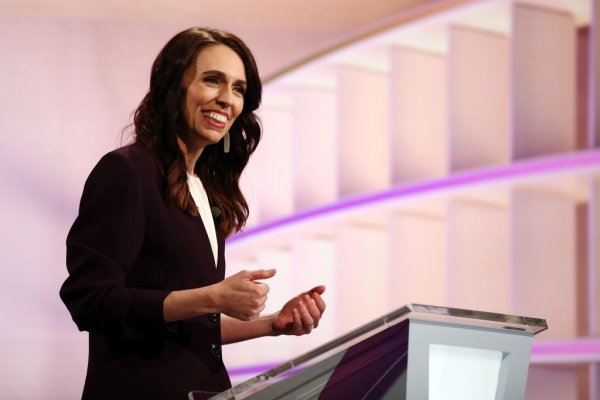 The NZ Election Is a Glimpse of Calmer Democracy
Next Up: Editor's Pick