How TIME Chose Its 2020 List of Next Generation Leaders

“The story is Trump,” the President remarked in passing during a TIME interview with him in the Oval Office last year. And never more so than this week, when the biggest story in the world by far was the health of Donald Trump. His is the most serious health crisis a U.S. President has faced in nearly 40 years. As our senior health correspondent Alice Park wrote recently, the news was “a reminder of two stark truths that we’ve known since the first days that the novel coronavirus reached the United States: that the virus respects no boundaries, and that older people are at higher risk.”

As the virus swept through the White House, Capitol Hill and the Joint Chiefs of Staff, it was also a reminder that the top of the U.S. government may be the oldest it has ever been. Trump, 74, is the oldest person ever elected to a first term as President. First in line of succession to him is a comparatively youthful Vice President Mike Pence at 61. Speaker of the House Nancy Pelosi, second in line, is 80. Senator Chuck Grassley, president pro tempore of the Senate and third in line, is 87. Democratic presidential candidate Joe Biden, if elected next month, would at 78 be eight years older upon his Inauguration than Trump was at his. The demography is striking in a world where many younger leaders already have stepped up.

“In a year full of crises, this group offers a bright window into the future,” says deputy international editor Naina Bajekal, who guided this year’s NGL project. “They are using their voices and platforms to build movements, break boundaries and push for change.” 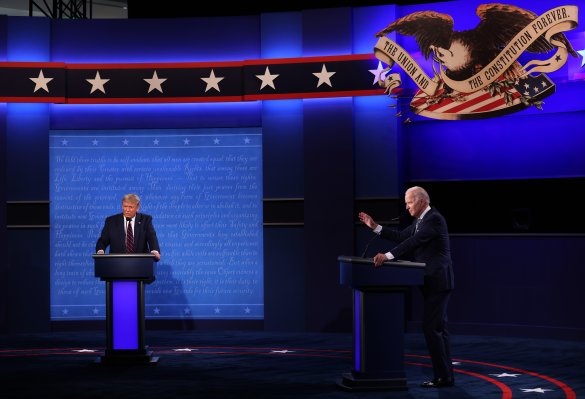 Europe Wants Biden To Beat Trump
Next Up: Editor's Pick