Illustration for Eszter Gangl's tale about a brown skinned Snow White, named Leaf Brown
Illustration by Lilla Bölecz for 'Meseorszag mindenkie', or 'A Fairy Tale for Everyone'
By Suyin Haynes

When Hungary’s Dorottya Redai and Boldizsar Nagy released their new children’s book on Sept. 21, they did not expect their initial run of 1,500 copies to sell out within two weeks. Meseorszag mindenkie, or A Fairy Tale for Everyone, is an anthology of retellings of traditional fairy tales, updated with more diverse, inclusive and LGBTQ characters in contemporary settings. Among the new protagonists are a Roma Cinderella, a lesbian Snow Queen, and a gender non-conforming deer. “Our aim was to make children’s literature more diverse in Hungary and show children how colorful and wonderful life is,” says Nagy, the book’s editor. “We wanted stories that reflect and honor the lives of all young people.” A second edition run of 15,000 copies will be released next week—large figures for a children’s book in a relatively small market.

Yet shortly after its release, A Fairy Tale for Everyone became the target of homophobic attacks by politicians, including the Hungarian Prime Minister Viktor Orban, and is facing a public boycott. On Sept. 25, the deputy leader of Hungary’s far-right Mi Hazank party tore apart the book’s pages one by one during a press conference, calling it “homosexual propaganda.” The move was swiftly condemned by human rights activists and the Hungarian Publishers’ and Booksellers Association, who called the act reminiscent of Nazi book-burners and Communist book shredders. When questioned about the book during a radio interview on Oct. 4, Orban said “Hungary is a patient, tolerant country as regards [to] homosexuality. But there is a red line that cannot be crossed, and this is how I would sum up my opinion: Leave our children alone.” A co-ordinated petition and campaign organized by ultra-conservative campaign group CitizenGO demanding the book’s removal from bookstores has gained at least 85,000 signatures.

Since Orban was elected to office in Hungary, in 2010, the LGBTQ community has come under increasing attack. A new constitution enacted in 2012 defined the “institution of marriage as the union of a man and a woman,” and “the family as the basis of the survival of the nation,” excluding same-sex couples. Earlier this year, the introduction of Article 33, which ended the legal recognition of transgender people, was another blow to the rights of LGBTQ people. Activists also say that public and political discourse around LGBTQ rights has become increasingly hostile over the past two years—for instance, in 2019, the speaker of the Hungarian National Assembly compared same-sex couples wanting to adopt a children to pedophiles.“We’ve seen an increase in what we call political homophobia and transphobia. Leading government officials have been saying quite nasty, very openly homophobic comments,” says Tamas Dombos, board and staff member at Hungarian LGBTQ organization Hatter Society, referring to Orban’s recent radio interview in particular as perpetuating harmful stereotypes. “When you wake up in the morning, and see that yet another politician says something very bad about the LGBTQIA community, it’s really undermining the wellbeing and mental health of the community in Hungary.” According to the second LGBTI Survey of the Fundamental Rights Agency, 81% of LGBTI Hungarians believe that negative stance and discourse by politicians and political parties is the main reason for the increase in prejudice, intolerance or violence against LGBTI people in the country.

“This falls in a larger trend of official anti-LGBTI hate speech documented in other European countries,” says Katrin Hugendubel, Advocacy Director at ILGA-Europe, as populist leaders seek to shore up support from voters by trying to appeal to “family values.” Ahead of Poland’s election earlier this summer, incumbent president Andrezj Duda called called the promotion of LGBT rights an “ideology” worse than Communism, running on a “Family Charter” campaign platform that included promises to prevent gay couples from marrying or adopting children and to ban teaching about LGBT issues in schools. Poland has also faced international criticism and EU funding withdrawal because of its ‘LGBT free zones’ across the country. Similarly in Russia, a homophobic law banning “gay propaganda” has repeatedly been used to target activists, and in July, a draft bill to the country’s Family Code proposed a formal ban on gay marriage and adoption, including by transgender people, as well introducing a “sex at birth” indication on birth certificates which cannot be changed. “It’s not accidental, and it’s hard to deny the coordination between Russia, Poland and Hungary,” says Viktoria Radvanyi, a staff member with Budapest Pride. “Russia tries to reach post-Soviet countries in Europe to spread this anti-liberal agenda. It’s not with tanks or armies. It’s a geopolitical playground, and LGBTQ rights are in the crossfire.”

In Hungary, that crossfire has affected Redai, the book’s project manager, through her work with Labrisz Lesbian Association, the organization that published A Fairy Tale for Everyone. Labrisz has run LGBT education programs mostly for high schools over the past two decades, but has faced hostility from far-right groups in recent years. When the coronavirus pandemic hit, Redai and her colleagues decided to expand and adapt their education activities—both to respond to the crisis, and the growing hostility toward the LGBTQ community. “Because of the current social situation in Hungary, there’s lots of hatred and frustration, and children are growing up in this atmosphere,” she says. “We thought that it would be important to address children at an early age with issues of acceptance and diversity.”

The book includes 17 stories, featuring characters that are gender-diverse and from ethnic, religious and socio-economic backgrounds not often represented in children’s stories. The stories touch on themes ranging from disability to poverty, and were written both by amateur and professional authors. With several contributions by LGBTQ authors, Nagy says that this is the very first children’s book about LGBTQ people in the Hungarian language. “We wanted to give voice to the often voiceless,” he says.

Illustration for Krisztina Rita Molnár's tale about the transgendered greek boy, Caenis, based on Ovid's story from the Metamorphoses
Lilla Bölecz for 'Meseorszag mindenkie' or 'A Fairy Tale for Everyone'

And although controversy over inclusive and progressive books is not unique to Hungary, the fact that the book has come under fire—and even been destroyed—by politicians is particularly unnerving. “We are fed up with being accused of harming children,” says Redai. “It’s very problematic when a prime minister says something like this, because then others will think they can also say this.” Redai and Nagy says Orban’s comments have helped legitimize the backlash, as booksellers have been bombarded with phone calls from campaigners insisting they stop selling the book. Redai says on Oct. 6, “an extreme right organization posted a large poster on a bookshop saying, ‘In this bookshop a homosexual propaganda publication which is dangerous for children is sold.’ It’s reminiscent of fascist times really.”

Illustration for Efi's tale about the Roma, male, gay Cinderella
Illustration by Lilla Bölecz for 'Meseorszag mindenkie' or 'A Fairy Tale for Everyone'

Nevertheless, A Fairy Tale for Everyone appears to have galvanized significant public support from parents, teachers and booksellers across Hungary—which its publishers see as a small sign of hope amid a darker backdrop of LGBTQ rights in the country. “It seems like the book is becoming a symbol of resistance against oppression and discrimination,” says Nagy. Redai and Nagy say they have been inundated with responses and requests, including proposals to adapt the book into an audio book, eBook, a board game and potentially different translations too. “It seems like a lot of people realized that this is important to have this kind of book,” says Redai. She adds that a major bookshop chain donated funds to help the book reach disadvantaged children. And while Nagy says that Orban’s political party has been able to take advantage of people’s fear and frustrations, the two are hopeful that this episode could help make Hungary a better place for the next generation.

“This xenophobic, homophobic, anti-semitic, racist and sexist climate will probably end only when the rule of this government ends, not sooner” says Redai. “But it’s been challenged, and I hope it can inspire other people to make other challenges.”

The original version of this story misstated the language of the poster at the bookshop on Oct. 6. The poster said “In this bookshop a homosexual propaganda publication which is dangerous for children is sold,” not “‘homophobic contents dangerous to children are sold here.” 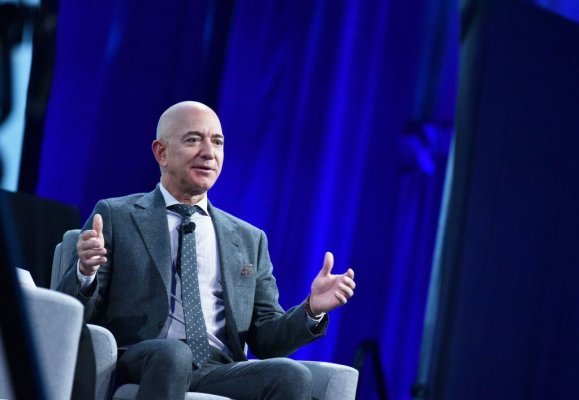 World’s 500 Richest People Now Wealthier Despite the Pandemic
Next Up: Editor's Pick