Here’s where we are: Donald J. Trump, the President of the United States and the most powerful person on the planet, is sick with COVID-19. We do not know with any confidence how ill he truly is; both his physician and White House officials have been unclear and evasive. Journalists’ fascination with Trump’s health may seem morbid, but the presidency confers enormous power—and the example he sets shapes people’s response to the pandemic.

The official line is that Trump is improving and is set to be released Monday evening. But he’s receiving a battery of medicinal firepower, some of it experimental, that suggests either he’s sicker than we’re being led to believe, or that his doctors are being unusually aggressive with his treatment—a move that could be risky, or could be exactly the right strategy. Either way, this virus is vicious, and a person who seems to be doing well in their battle against it one hour can easily take a turn the next.

If President Trump’s health remains a mystery, his attitude and behavior towards the virus do not.

Soon after posting a video on Sunday claiming that he “gets it,” Trump—still potentially contagious—shortly left the hospital for a joyride to greet supporters gathered nearby. In doing so, he put the members of his Secret Service detail at serious risk of contracting the virus themselves, despite their precautions, like wearing masks while in the car. “Every single person in the vehicle during that completely unnecessary presidential ‘drive-by’ just now has to be quarantined for 14 days,” said Dr. James P. Phillips, the chief of disaster and operational medicine at George Washington University Hospital and an attending physician at Walter Reed, in a tweet. “They might get sick. They may die. For political theater. Commanded by Trump to put their lives at risk for theater. This is insanity.”

Trump followed up on Monday afternoon with a tweet saying he plans to leave Walter Reed for the White House later that evening. Whether it’s wise for the President to be discharged at this point in his treatment is one thing. But his accompanying messaging is a more distressing matter.

“Don’t be afraid of COVID,” Trump said, undercutting public health experts, medical science, and common sense evidence of the past six months. “Don’t let it dominate your life.” He went on to promote recently-developed “really great drugs and knowledge.” While it’s true that doctors have gotten better at treating COVID-19, it’s still killing hundreds of Americans every day. Come winter, that terrible number may climb once again—and most Americans cannot access the level of care and attention Trump received at Walter Reed, one of the nation’s foremost hospitals.

Monday’s tweet is just the latest example of Trump spreading coronavirus disinformation. A recent Cornell University study found that Trump is the single largest driver of COVID-19 falsehoods, which, coming from the President, can have major and disastrous results. Throughout the pandemic, Republicans, no doubt following Trump’s lead, have been less willing to wear masks, for instance, despite evidence that they help curb spread.

It’s too early to say how COVID-19 will play out for Trump either medically or politically. The virus will work its course over the next few days; voters have a few more weeks. What is increasingly clear, however, is that Trump’s personal brush with a deadly pathogen that has killed nearly 210,000 Americans and infected more than 7.4 million will not change his behavior for the better in any substantial way. As he has done since the beginning, he will continue to deny the severity of the disease despite the human loss it has inflicted across the U.S. and the world. He will instill false confidence in unproven treatments. And he will encourage his followers to ignore experts’ guidance, undoubtedly leading to further illness, suffering and death. 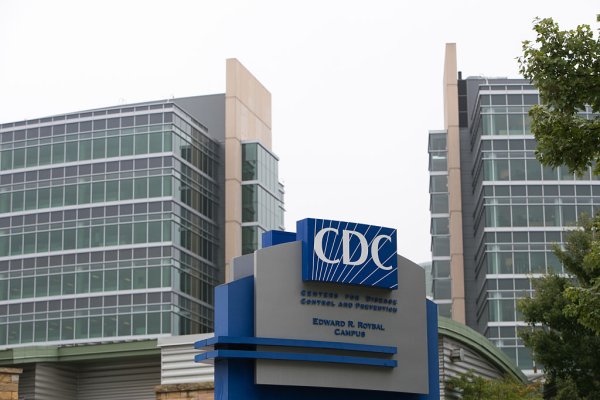 CDC: COVID-19 Can Spread Indoors in Air Beyond 6 Feet
Next Up: Editor's Pick