Why Native Alaskans Missed Out on Washington's Pandemic Relief Efforts

A sign warns against the Covid-19 virus near the Navajo Indian nation town of Tuba City, Arizona on May 24, 2020.
Mark Ralston—AFP via Getty Images
By Philip Elliott

Back in March, as the coronavirus’ impact on the U.S. was coming into focus and Congress was ready with a $2.2 trillion relief package, lawmakers carved out an $8 billion chain of earmarks to specifically aid Native Americans’ health care, education, housing and governance.

Except, as an appellate court here in Washington declared last week, not all Native Americans. Per the ruling, those who participate in unique government creations for Native populations in Alaska are not eligible to access this pot of money because they are part of for-profit Alaska Native corporations — and not the tribal governments that are established for those in the Lower 48. It’s a fissure among First People populations that reflects the complex rivalries for access to government funds to address systemic oppression that dates to early settlers’ land grabs.

The ruling was a set-back for Alaskans who were eyeing as much as a half-billion dollars to help preserve air service during the coronavirus-driven economic crisis to almost 200 communities inaccessible by road, to buy medical supplies and food, and to offset the economic hardships of Native Americans living in the northernmost state. Roughly 30 Alaska Native communities lack running water, hardly a helpful fact as they look to fight a global pandemic.

Even in ruling against the Alaskans, Judge Karen LeCraft Henderson said it was clear that Congress had meant for their inclusion in the pandemic relief package, commonly known as the CARES Act. The court just couldn’t get around what it saw as a technical glitch in existing laws.

“It is indisputable that the services ANCs provide to Alaska Native communities — including healthcare, elder care, educational support and housing assistance — have been made only more vital due to the pandemic,” she wrote. “I can think of no reason that the Congress would exclude ANCs.”

Indeed, lawmakers from both parties, as well as the Trump Administration’s Interior and Treasury departments, had meant for cash to go to Alaska Native corporations, which were birthed from a 1971 settlement with the federal government over land claims, but did not follow the traditional tribal-government structure like those in the Lower 48. It was an alternative structure to the established reservation system, and was meant to give Native Alaskans more control over their own resources.

And resources they have. The 13 Alaska corporations control 44 million acres of land in the state — larger than the entire state of Florida — and the natural resources found on and under them, including oil. The corporations are Alaska’s largest private landowner and employ 15,000 people. These corporations are an economic force when times are good and a safety net when things are not. The CDC reports Native Americans and Alaska Natives are facing a disproportionate caseload, the local Alaska Native corporations are doubling social service organizations and Alaska’s brutal winter is quickly approaching.

“We are held hostage by polarization and the ways Congress works,” says Nathan Yaa Ndakin Yeil McCowan, the chairman of the Alaska Native Village Corporation Association. “Alaska can be an insular place. … Alaska is a unique place. The Alaska Native situation and our paradigm up here is a unique one. That doesn’t mean that it’s lesser or inferior.”

But the “corporations” part has been a tough pill for other Native Americans who participate in the federal reservation system, who see the for-profit structure as an unfair advantage to the Alaskans. Those Native Americans — along with six tribes in Alaska — opposed the for-profit Alaska Native corporations’ inclusion in CARES Act funding. Their lawsuit looking to block Treasury from allocating cash to Alaskans lost on its first round, prevailed on appeal last week and seems to be heading to the Supreme Court, even if Alaskan leaders haven’t yet settled on any particulars.

The CARES Act leaned on a 1975 law that provided rights to Native Americans. In that earlier law, as amended, “Indian tribe” included Alaska Native corporations if they are “recognized as eligible for the special programs and services provided by the United States to Indians because of their status as Indians.” A three-judge panel at the D.C. Circuit Court of Appeals decided that the corporations didn’t fit that definition.

Alaska’s delegation issued a joint statement condemning the ruling. Everyone involved expects the case to head to the Supreme Court — not just for the importance of the cash at hand but for future access to other programs designed to help Native Americans. If the ruling were expanded, it would create a two-tier system for those operating in the reservation system in the Lower 48 and a go-it-alone approach for those operating in Alaska. The very question of whether the United States has an obligation to its Native American and Alaska Native population could hinge on whether their oppression was compensated through a tribal government on a reservation or a corporate board on the tundra.

“They need to have a better understanding of what ANCs actually are and what they provide to their communities,” says Melissa Berns, a board member of the Old Harbor Native Corporation that includes her home on Kodiak Island. “ANCs aren’t just about providing a dividend to their shareholders. They’re providing to their communities as a whole. They support housing, they’re an economic driver, they support education. Our ANC set up a food distribution program and provides H.R. support and accounting support and grant management for our tribes and our cities. A lot of that can go to the wayside if our ANCs need to do a cutback.”

The CARES Act was far from perfect. But it moved to add extra money for unemployment benefits, state and local governments and front-line workers. It came together quickly and was always going to have hiccups, such as a tricky small-business loan program that benefited borrowers who already had relationships with their bankers.

But the definition of who is a Native American — and how that population operates in one state — wasn’t one of the things lawmakers anticipated being a problem. It is now, and time is running short to fix it. Under the CARES Act, the Native American money has until the end of the year to be distributed or it becomes unavailable. Washington’s rush may leave Alaskans out in the cold, once again. 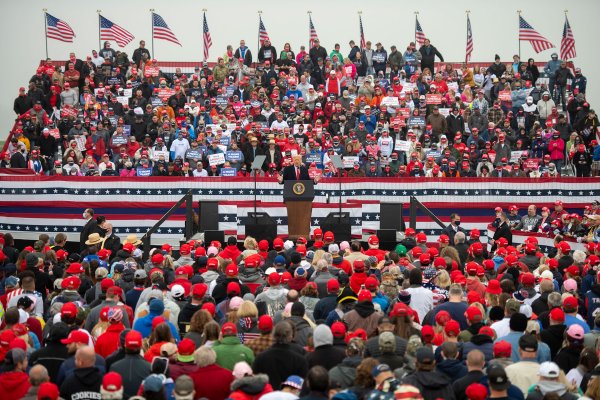