‘You Bet Your Ass I've Got Regrets.’ As Election Day Nears, More of Trump’s Former Officials Are Speaking Out Against Him

Never in recent history have so many senior former U.S. officials publicly attacked the commander in chief they served, or the decisions he’s made, as the ranks lining up to say President Donald Trump put himself and his re-election ahead of the country, thereby threatening its security.

One of the latest salvos comes from Trump’s second National Security Adviser, retired Lt. Gen. H.R. McMaster. McMaster tells TIME that Trump’s moves toward withdrawing U.S. troops from Afghanistan —a 2016 campaign promise — have handed the Taliban a victory by allowing them to talk peace while still attacking the Afghan government. He adds that Trump’s acting as a public apologist for Russia has sown confusion in what is an otherwise tough U.S. approach toward Moscow.

McMaster’s criticism, described in greater detail in his new book Battlegrounds, the Fight to Defend the Free World, is aimed not at Trump himself, but his policies, he says. The retired general, who served as Trump’s advisor from 2017 to 2018, eschews detailing what he calls the “palace intrigue” of the Trump White House that has given rise to multiple tell-all books and anonymous critiques of a pugilistic president who revels in publicly shaming allies and sweet-talking dictators.

McMaster, who says he has never voted in any election during his 34 years’ Army service, says he declined to describe his interactions in the Oval Office for fear that it would further divide Americans. “I hope Trump supporters read the book, I hope Trump haters read the book, and maybe find this book as a way to come together and … restore a degree of bipartisanship, at least to our foreign policy,” he says.

For months, the President’s former colleagues have been coming out one by one, in a rare display of disloyalty to a sitting president, to warn that Trump does not have America’s best interests at heart. Now, as Nov. 3 looms, the pace is picking up, as those officials hope that some of the punches land with American voters. Trump’s approval ratings have remained virtually unchanged from February to today, despite a devastating global pandemic, economic crisis, and national reckoning of racial injustice. These critics who saw Trump up close, and often carried out his policies against their better judgement, are hoping at least some of his supporters will change their minds based on their first-hand accounts of how self-absorbed and inattentive to the country’s needs they say he has been.

In June, John Bolton, Trump’s third National Security Adviser, called the incumbent president a “danger for the Republic” ahead of the publication of his book that accuses Trump of shaping U.S. security policy to win votes. The same month, former Defense Secretary Jim Mattis denounced Trump as the first ever President who “tries to divide us,” after Trump threatened to use active duty military troops to crack down on Black Lives Matter protests. Trump’s former chief of staff and Homeland Security Secretary, retired Marine general John Kelly, has said he was harming the country. And former Secretary of State Rex Tillerson said Trump got “frustrated” whenever Tillerson pointed out that he was asking for something illegal.

Others censures have been less direct. Trump’s two most senior military officials, Secretary of Defense Mark Esper and Chairman of the Joint Chiefs Gen. Mark Milley, both rebuked him in effect by admitting their own error in joining Trump in his march across Lafayette Square at the height of the George Floyd protests, to hold a Bible aloft in front of a church damaged by the protests as the U.S. Secret Service deployed pepper spray to clear the way. Some have even criticized Trump by their silence, as Mattis, former Joint Chiefs Chairman Marine Gen. Joseph Dunford and Kelly did by declining to comment on an account published in the Atlantic that Trump called U.S. war dead “suckers” and “losers” for laying their lives down in service to the country.

With some Americans already casting their ballots and Election Day drawing near, the critiques have picked up pace. Last week, Trump’s former Director of National Intelligence Dan Coats called for Congress to create a bipartisan commission to oversee the election results, referring obliquely to the President’s continuing threats that he might not accept the voting results after months of invective against voting by mail.

One of the most vocal former Trump critics now publicly endorsing Biden is the former DHS chief of staff to retired Marine general Kelly, Miles Taylor. Biden is “a good and decent man. And this is a character election,” says Taylor. In September, Taylor formally launched the Republican Political Alliance for Integrity and Reform (REPAIR), an organization aimed at rebuilding the post-Trump Republican Party and funded by the umbrella anti-Trump Republican group, Defending Democracy Together.

“I’ll take him—and left-leaning policies—over Donald Trump—and the republic-breaking danger he poses—any day of the week,” Taylor wrote in an August op-ed, saying he witnessed meetings in which Trump “insisted on a near-total focus on issues that he said were central to his re-election — in particular building a wall on the U.S. border with Mexico.” Trump subsequently called Taylor a “lowlife.”

REPAIR’s other members include former officials like Trump’s ex-White House Communications Director-turned-vocal-critic Anthony Scaramucci, and Vice President Mike Pence’s former homeland security and counterterrorism advisor Olivia Troye. Troye spoke out last week to say Trump downplayed the COVID-19 pandemic, stressing to aides like her in the coronavirus task force meetings she organized that he didn’t want it to affect his re-election chances.

Taylor says the steady drumbeat of criticism coming out just five weeks before the polls is part of a carefully calculated and loosely coordinated plan for people’s comments to have the maximum impact. “The people that you’re hearing from now are people who have long harbored these sentiments about the president, but recognize that…if they’d spoken out sooner, it wouldn’t have mattered, because the President would have made it yesterday’s news,” Taylor says.

Since going public with his dismay, Taylor has been getting what he calls “graphic death threats” but says speaking out was worth the weight off his conscience of being part of misguided and poorly executed policies designed to win Trump voters, like the shutdown of the U.S. border that separated thousands of children from their families.

“Do I have regrets about that? You bet your ass I’ve got regrets about that,” he says, adding that former Homeland Security chief Kirstjen Nielsen foresaw that particular nightmare coming, but got outvoted by Trump’s inner circle of yes men.

Not everyone is sure they want to put themselves in the President’s crosshairs. Taylor says more senior officials, including a former cabinet member, are in touch with him and are considering speaking out, but worry about both rhetorical retribution by Trump and physical threats by his supporters.

One former senior official who regularly briefed the President is considering speaking out against his former boss, too. “Everything, every decision, was made based on his re-election as opposed to what’s good for the country,” the official says of Trump. “There is no bottom to this guy … There is no level so low that he will not stoop to. And his sycophants will support him every step of the way.”

He spoke anonymously because he also fears for the safety of his family, who he believes could face threats from the far-right extremist Boogaloo Boys, or Q-Anon conspiracists —“some real nuts that actually believe that there are these pedophiles working out of a pizza shop,” and might take violent action, as one Q-Anon follower did when he fired an AR-15 rifle inside a Washington, D.C., pizza restaurant. “Everything’s changed, and it’s a dangerous world,” he says.

McMaster says one reason he didn’t personally attack Trump is because he didn’t want to add to what he sees as a dangerous and growing partisan divide. “What good would that do? …Would that help us … fashion a more effective foreign policy? … I don’t think so.”

The White House declined to comment on the McMaster book. Earlier this week, Trump tweeted a TV interview of McMaster saying Trump’s Russia policy had been tough, and simply saying he looked forward to reading it.

McMaster believes he spoke truth to power by bringing Trump news he didn’t want to hear, unlike some of Trump’s current advisors, he says, or the senior U.S. advisors in the Vietnam war who McMaster charges in his book Dereliction of Duty failed to bring uncomfortable truths to the president. “If you do that, you get kind of used up and I was at peace with that…I wasn’t going to compromise on that to keep my job.”

The former advisor has one more plea for his former boss: to try to heal the political divide. “Oftentimes, the President will say something that is not helpful … that is divisive,” says the retired officer. “I would tell the President, and really leaders across the political spectrum: Don’t be part of the problem.” 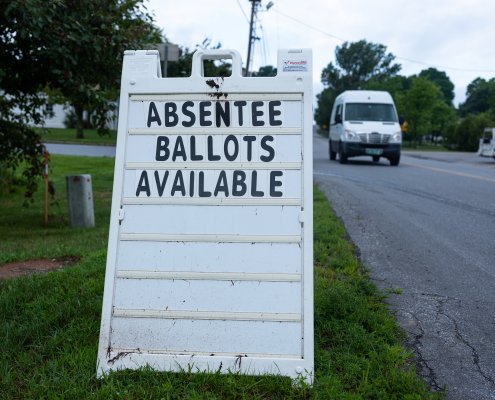