A grand jury in Kentucky has charged one of the officers involved in the fatal shooting of Breonna Taylor during a late-night raid on her apartment in March—but only for his role shooting into apartments neighboring Taylor’s during the raid. Former Louisville police Det. Brett Hankison was charged with three felony counts of wanton endangerment; none of the other officers involved in the raid have been charged, and no charges were brought directly relating to Taylor’s death.

In a tweet released shortly after the jury’s decision was made public, Civil Rights attorney Benjamin Crump, who represents the Taylor family, called the charges “outrageous and offensive.”

Kentucky’s Attorney General Daniel Cameron, who has been leading an investigation into Taylor’s death, told reporters that this was an “emotional, gut-wrenching case” but that the officers who fired their weapons and killed Taylor were justified on self-defense grounds. Evidence showed that officers had knocked on Taylor’s door and announced their presence, Cameron said, in contrast with original reports of a no-knock warrant.

The shot that killed Taylor was fired by officer Myles Cosgrove, Cameron said.

“I know that not everyone will be satisfied with the charges we reported today,” Cameron said at the press conference. “Every person has an idea of what they think justice is. My role as special prosecutor in this case is to set aside everything in pursuit of the truth.”

He added that he does not expect any additional prosecutions to follow, although the Associated Press notes that an FBI investigation is ongoing.

Along with outrage over the police-involved deaths of George Floyd, Rayshard Brooks, and Daniel Prude among others, Taylor’s death has garnered global attention and sparked protests over racial injustice and police violence.

Joining the voices of many Louisville residents and racial justice activists, protesters, athletes, celebrities and politicians have over the past few months called for the officers involved in Taylor’s death to be arrested.

In anticipation of the grand jury’s announcement, the Louisville Metro Police Department (LMPD) set up barricades in the city’s downtown area. They also canceled any requests for vacation and off days from department personnel.

“We recognize that this is an inconvenience, and will cause difficulty for those that live, work and have business downtown, and we apologize for this inconvenience. However, public safety is our number one priority, and it would be irresponsible if we did not take preemptive action to preserve it,” the LMPD said in a press statement released on Sept. 22.

Louisville Mayor Greg Fischer had also declared a state of emergency ahead of the announcement in case of any unrest. The declaration would allow him to call for curfews or use other emergency restrictions, such as the activation of National Guard officers. On Wednesday, a curfew was announced, lasting from 9 p.m. to 6 a.m. in Louisville for the next three nights.

Protesters in Louisville have already begun marching in response to the charges.

Taylor was killed by Louisville police officers on March 13 as officers were executing a no-knock warrant on her apartment during a drug investigation. After he claimed they burst into the apartment without identifying themselves, Taylor’s boyfriend, Kenneth Walker, shot at the officers and hit one—which prompted them to shoot back. Taylor was shot six times, according to Cameron.

The Louisville Metro Council has since banned the use of no-knock warrants; on Sept. 15, the city of Louisville also reached a settlement with the Taylor family for $12 million—and agreed to make reforms in their police department.

Ahead of the charges, LMPD Sergeant Jonathan Mattingly, one of the officers involved in the raid at Taylor’s apartment, sent an incendiary email to other officers criticizing the Mayor along with the former police chief and other city officials for what he described as a lack of support for the city’s police officers.

“Regardless of the outcome today or Wednesday, I know we did the legal, moral and ethical thing that night,” Mattingly wrote. “It’s sad how the good guys are demonized, and the criminals are canonized.”

Kent Wicker, an attorney for Mattingly, said that the purpose of the email was to support his colleagues during these “difficult times”. In an email sent to TIME, Wicker also pointed out that Mattingly was shot while serving the warrant.

“Like our entire community, he is hopeful that this process moves forward quickly, and that his fellow officers and the people of Louisville remain safe,” Wicker wrote. 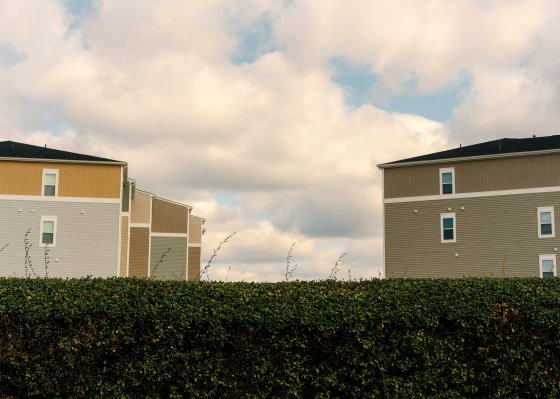 We Need to Change Our Divided Neighborhoods
Next Up: Editor's Pick