I Teamed Up With a Bunch of Strangers to Save Animals From the Oregon Wildfires. Here’s What I Witnessed in the Face of Tragedy

A chicken wanders through charred remains from the Beachie Creek Fire in Lyons, Oregon on Sep. 13, 2020.
Rob Schumacher—AFP/Getty Images
Ideas
By Ellen Urbani
Urbani is the author of Landfall and When I Was Elena

Pigs aren’t meant to be hoisted overhead by teenage girls and goats aren’t meant to be shoved through open windows, but when fire’s eating its way out of the woodlands into pastures and beasts balk at the barn door, proper loading protocol be damned. You get them into that horse trailer by any means necessary.

My neighbors and I wrangled livestock under a blood-red sky for four days and nights, skin glowing orange as sweaty shirtsleeves got shoved up after chasing down herds of horses, cattle and sheep that resisted containment. The rescue crew I ran with was a makeshift band of girlfriends-turned-cowgirls who hitched up trailers and raced into fire zones when the first plea for help came from a friend of a friend.

On the mountaintop where I live a blaze sparked when the gale toppled a tree into a transformer that exploded in a fizzling, crackling spectacle. In the wee hours of morning, carrying flashlights and screaming instructions over the howling wind, my daughter and I assembled kennels in our barn: this one for the rabbits, this one for the chickens. As a neighborhood scout texted an update – “Tree down across the road east, head west if necessary” – I grabbed a can of spray paint to counter the deadly math: with only a single two-horse trailer, I’d never get all our big animals out. No farm could; no one was equipped to flee with whole barnyards simultaneously. If the evacuation order came and I had to abandon my beloved donkeys and llamas, I would paint my phone number on the animals’ backs, open the gates and chase them out in the hope that they’d keep running and I might find them later.

But Tuesday morning dawned lucky for our neighborhood, our relatively small conflagration one of the few firefighters managed to fully suppress. We were safe; we could stay put. Yet the tower of smoke whirling over towns in the valley portended disaster for too many others. In an emergency, churches and shelters open doors to people but not to household pets, and certainly not to livestock. Only we whose farms had been spared could provide for other evacuees both passage and pasture to keep their animals safe.

That is why we raced not from the flames but toward them, two neighbors per vehicle, one driving, one manning phones from the passenger seat: fielding calls for help, passing information to others gathered around kitchen tables outside the evacuation zone, using social media and an ad hoc dispatch system to connect volunteers with endangered farms, the horse trailer I wound up not needing transformed into the rescue transport someone else prayed for. All told, thousands of Oregonians, from grade-schoolers to grandmas, joined together to rescue an estimated 20,000 animals.

I don’t know the names of the people I toiled alongside: The man who wrestled a frightened horse into a trailer, walked away with a broken nose and a cracked tooth and responded, “Sh-t happens. Horse got loaded and no one else got hurt,” before asking where he was needed next. The single mother of four who agreed to take in 13 dogs and put their owner up in the travel trailer in her driveway. The man who spent two sleepless days and nights rescuing animals before going home to find his own house ablaze, who “in an effort not to feel sorry for myself” got back in his truck and started delivering donated hay to the folks sheltering the animals he’d saved. And the legions of anonymous people – many of whom had squared off against each other nightly for months in Portland’s ongoing protests – all driving toward danger because strangers needed help.

It is the most desperate our communities have ever been, and the most kind. There are 69 extra animals now grazing in my smoky pasture, a dozen volunteers tending to them, households along my road collecting donations for their owners, and construction workers and farmers already coordinating to raise for them new houses and barns. We have witnessed a munificence in the face of tragedy that borders on holy. From these ashes, beauty also rises.

A caption in the original version of this story misspelled Whitney Heros’ last name. It is Heros, not Heroes. 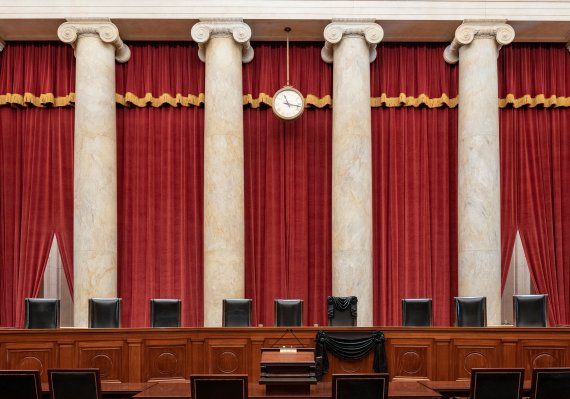 How to Show Principles Matter in SCOTUS Fight
Next Up: Editor's Pick