Many Young Americans Don't Know Key Facts About the Holocaust. Now Is the Time to Fix the Way We Teach This History in the U.S.

A visitor lights a candle in the Hall of Remembrance at the United States Holocaust Memorial Museum in Washington, D.C., on Nov. 25, 2018.
Thomas Simonetti—The Washington Post / Getty Images
By Sara J. Bloomfield and Greg Schneider

Holocaust education will soon reach a pivotal moment. Not too long from now, we will no longer be able to depend on first-hand accounts of the atrocities Holocaust survivors suffered at the hands of the Nazis while many collaborated and others stood witness. Now is the moment to reflect upon the horrors they lived through and have shared with us so that the often-repeated admonition to “never forget” does not become an empty promise when the connection to their living history is gone.

Seventy-five years after the Holocaust ended, this is a fitting time to look back and see what has been learned about a watershed event that shaped the world we live in today. The U.S.—a nation where many Holocaust survivors rebuilt their lives, and that was the home of over 400,000 soldiers who died defeating fascism as well as many veterans who were among the first eyewitnesses to the Holocaust—has made a significant commitment over the decades to Holocaust education. This has ranged from ceremonies, memorials, courses, curricula and education mandates by some states, to the creation of centers and museums, and the establishment of the United States Holocaust Memorial Museum.

But as the eyewitness generation diminishes, it is worth assessing the impact of that commitment. Decades have been spent teaching about the Holocaust—but have Americans been learning?

To that end, the Claims Conference commissioned a study by Schoen Cooperman Research of 11,000 Millennials and Gen-Z Americans across 50 states to look at the state of Holocaust knowledge as well as the perceptions of the Holocaust. Its conclusions were surprising and sobering. Because of investment in Holocaust education and presence of so many Holocaust survivors, one would expect New York to rank higher in certain categories than, say, North Dakota and West Virginia. That turns out not to be the case. The study, which focused on “emerging adults” ages 18-39, indicated that state education mandates appear to have mixed results. A majority of respondents nationwide could not say how many Jews were murdered, and nearly half could not name a concentration camp.

More alarmingly, the study demonstrated significant exposure and susceptibility to Holocaust denial and distortion. Approximately half (49%) of U.S. Millennials and Gen Zers have seen Holocaust denial or distortion posts on social media or elsewhere online. And nationally, 11% of respondents believed Jews were responsible for the Holocaust and 15% nationally believe holding neo-Nazi views is acceptable.

These results leave us asking some fundamental questions: Why do we teach the Holocaust? And how do we do so in a way that ensures its universal meaning without losing its historic specificity, achieving both relevance and rigor?

Part of the answer is that this European event is American history, too. The U.S. played a key role in defeating Nazism and in shaping the post-war world order that followed. The world’s failure to respond to the Holocaust inspired new norms in international justice, including the recognition of genocide as a crime and the rights of refugees.

Equally important is the fact that in the wake of the Holocaust, the world committed itself to the promise of “Never Again.” How is that aspiration possible without teaching new generations what went wrong? Education can help them think about fundamental questions, such as: How did the Nazis come to power in a democratic system in a well-educated country? What was the nature of anti-Semitic racial ideology, how did they promote it and what was its impact? What choices did people have? Why did so many in Germany and throughout Nazi-dominated Europe, at all levels of society, actively collaborate in or acquiesce to the systematic murder of Jewish men, women, and children—often their own coworkers, neighbors, even friends?

As for the second question, curriculum mandates by themselves are not always the answer. We should also focus on formally assessing and understanding a different question: What precisely constitutes effective Holocaust education and what are the conditions that further effective learning?

Our experience working with educators has shown that local and community support is critical. That includes ensuring teachers have the preparation, time and resources to bring this complex history into their classrooms. We also need a commitment to empirical research that investigates the impact of various methodological approaches, types of curricular resources, and educator skills and training.

Though the results of the recent survey are troubling, they constitute an important starting point. Fortunately there is no shortage of interest and willingness to expand and improve Holocaust education. With rising anti-Semitism and hatred, there is also no doubt about its relevance and urgency. We have been teaching about the Holocaust for decades, but the world is constantly changing and so is how we educate our children. We need to re-examine how to obtain accurate, systematic data about what constitutes quality Holocaust education.

And we need to start now—so that future generations can learn from the survivors’ unimaginable experiences, before it’s too late. 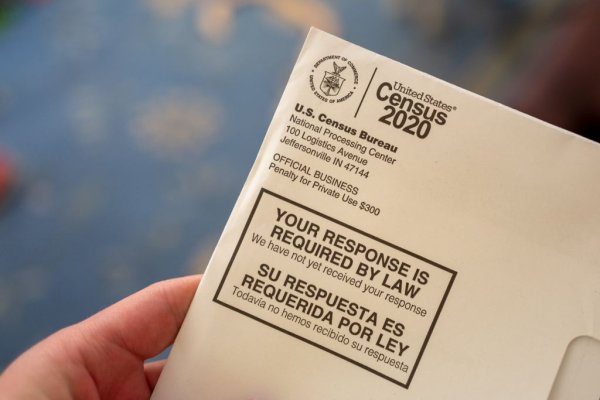 History and the Rejection of Trump's Immigrant Census Order
Next Up: Editor's Pick