Keith Krach, U.S. Undersecretary of State for Economic Growth, Energy and the Environment, gestures after landing at the Sungshan airport in Taipei on September 17, 2020.
Pei Chen–POOL/AFP/Getty Images
By Bloomberg

China launched a fresh round of military drills in the Taiwan Strait, as a top U.S. diplomat demonstrated increasing American support for the democratically ruled island with a visit to Taipei.

The Eastern Theater Command of the People’s Liberation Army will conduct “scenario-based exercises” in the Taiwan Strait starting Friday, Senior Colonel Ren Guoqiang told a news conference in Beijing. Ren, who was speaking at a briefing on the Chinese military’s international peacekeeping efforts, didn’t elaborate on the nature of the drills or how close they would come to the sensitive median line of the strait.

“It is a legitimate action of the Chinese army in promoting our security and sovereignty and territorial integrity,” Ren said. “The U.S. and Taiwan authorities have been in close contact recently, frequently stirring up trouble. In fact, it will only be a day dream for Taiwan to promote independence by colluding with foreign countries.”

China has stepped up military activities in the waterway, as Taiwanese President Tsai Ing-wen courts greater military and diplomatic support from the U.S. and its allies. Beijing regards the island as part of its territory, and reserves the right to take it by force, even though the two sides have been ruled separately for more than 70 years and have deep social and economic ties.

The latest announcement came after Undersecretary of State Keith Krach began a visit to Taiwan, ostensibly to attend the Saturday funeral of former Taiwanese President Lee Teng-hui. It’s the second such visit in as many months, after Health and Human Services Secretary Alex Azar became most senior American official to travel to the island since Washington switched diplomatic ties to Beijing from Taipei in 1979.

The PLA has conducted more than 30 maritime drills in all four of its major sea regions since late July, the Communist Party’s Global Times newspaper reported Monday, citing unidentified experts. The U.S. and Taiwan have also increased military drills in the area. 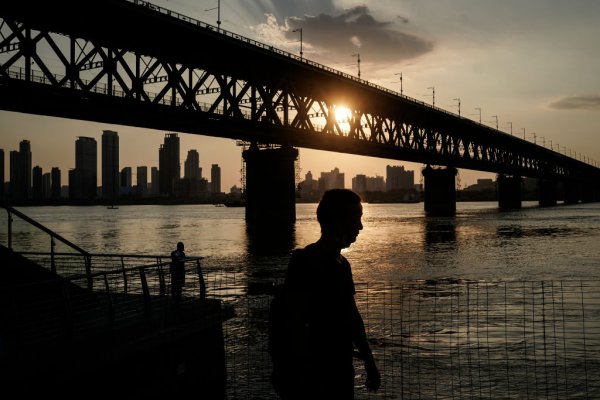 Wuhan Tries to Return to Normal, But Scars Remain
Next Up: Editor's Pick