If We Are Serious About Racial Equality, We Need to Start in Our Own Neighborhoods

As a real estate brokerage, the company I lead, Redfin, has spent years surveying people about their home-buying preferences. This year’s anonymous survey opened on May 21, and asked homebuyers about moving to a neighborhood where most of the residents are “of a different race, ethnicity or religion than you.” In the first week, 23% of white homebuyers admitted to “some” or “significant” hesitation, which was similar to the 25% of white homebuyers who felt that way in 2019.

Then on May 26, the George Floyd protests started in Minneapolis, and soon spread across the country. From May 28 to June 8, only 18% of white respondents expressed hesitation. The simplest, starkest evidence of racism has long been white people’s reluctance to live alongside Black people. But this data shows that may be changing. The government should support that change, making integrated neighborhoods one of our country’s highest long-term priorities.

Almost every improvement in racial justice that we can imagine, in wealth, education, opportunity, attitudes, and empathy, starts at home. We can’t just reform the police without also thinking about the boundary we ask the police to maintain, between two totally different worlds. We can’t expect to think of one another as equals, or even to understand one another at all, when we go to different schools, streets and stores. We can’t raise our fists at a Black Lives Matter protest, then return to an all-white neighborhood.

Most of us are familiar by now with why neighborhoods are segregated. From 1934 to 1962, the U.S. government outlined Black neighborhoods in red ink, refusing to insure mortgages in those neighborhoods; ninety-eight percent of mortgages at that time went to white Americans. From 1924 to 1950, the Realtor Code of Ethics forbid “introducing into a neighborhood… members of any race whose presence will clearly be detrimental to property values.”

Even when white and black families have the same income, the white family lives in a much wealthier neighborhood: a typical white family with $50,000 in annual income lives in a neighborhood with a median income 1.8 times higher than a typical black family making $50,000. From 2004 to 2016, areas where Blacks are the largest population group were more than twice as likely as white areas to have homes that declined in value.

These stats make progress seem impossible, but it isn’t just a cycle of poverty that’s hard to break. It’s a set of laws and subsidies that still favor white home ownership over Black home ownership. So here are concrete steps to make American neighborhoods more integrated.

Many of those agents still have their license, and their jobs. Two years prior, Professor Elizabeth Korver-Glenn recorded hundreds of interactions with real estate agents in Houston and found that white agents delivered a decisive advantage for white home-buyers seeking entree to Houston’s most exclusive neighborhoods. Time and again, the agents she followed turned away Black homebuyers as being unqualified.

The solution to this problem is enforcement of existing laws, using the same methods the newspaper used, with paired white and Black testers recording their conversations with agents. Just based on my own experience of running a brokerage but almost never hearing of even one agent being prosecuted for discrimination, it seems clear that if our government prosecuted 500 agents and lenders for violating fair-housing laws, the impact on our industry would be seismic.

Make mortgages work for the working class: Low interest rates have, over the last few months, created a home-buying bonanza of almost unnerving intensity, even with devastating unemployment. The hundreds of billions of dollars that the Federal Reserve spent buying mortgage-backed securities last April has mostly benefited would-be buyers with high credit scores and the homeowners whose home values have been bid up. This policy was crucial to keeping the housing market open, but it was also a massive form of affirmative action for people who already have money.

It’s the domain of the Federal Reserve to make markets work; this is why monetary policy will always benefit the wealthy who have the most at stake in our financial markets. But this is exactly why we should pair it with a fiscal policy that favors those who have the most to gain, asking Congress and the President to broaden this low-rate bonanza to working-class people through government-backed loans.

Some working-class people will buy homes that they later lose in foreclosure, but that is better than letting home-ownership become a luxury good. The U.S. outlawed predatory home loans after the 2008 Great Financial Crisis, but the government-backed loans that were supposed to replace them aren’t competitive: the loans take so long to put together, and have such cumbersome requirements about the property’s condition, that most sellers still take lower offers from cash investors.

Most banks, vilified for their role in the 2008 foreclosure crisis, have been leery of stepping into the gap. If we’re unwilling to pay reparations to people starting with less wealth, we have to give them more credit, by streamlining, expanding and promoting federally backed loans.

Pass national zoning reform. Require neighborhoods to allow affordable housing to be built in Cupertino, California and Newton, Massachusetts and all the other mostly white enclaves of large single-family homes and top-notch public schools. A founding premise of zoning laws was to restrict Black people to small areas of a city while setting aside huge tracts for largely white suburbs. But new proposals to tie federal housing and transportation grants for a community to the end of exclusionary zoning could help to change that.

City councils can’t undo these laws on their own; almost every meeting where zoning is discussed turns into a riot of white privilege, especially in places like Minneapolis where the home-ownership gap between Black and white Americans is high. UCLA Professor Paavo Monkkonen notes that “there are very few single-family neighborhoods that have suddenly allowed apartment buildings. We don’t really have a model for that kind of zoning change… People sometimes get upset when we talk about that because they don’t want to feel like they are part of a racist system, but they definitely are part of the legacy of a racist system.”

This system is why some of the metropolitan areas with the lowest concentration of African-Americans have the most single-family zoning: 75 percent of the San Francisco Bay Area, 81 percent of Seattle, and 94 percent of San Jose, California. As with other integration policies that, at different points in our history, were bitterly opposed at a local level, the only way this will change is if the federal government drives the change, tying federal grants for cities and suburbs to zoning for more apartment buildings, townhouses and condominiums.

Subsidize housing, tax speculation: To a degree I wouldn’t have thought possible even 15 years ago, the government has mostly abandoned its responsibility to make sure the private sector builds enough housing for people. The left often distrusts developers, creating an affordability crisis that is now resulting in an exodus from America’s most expensive cities. The right has sponsored opportunity zones, albeit with minimal oversight and mixed outcomes. We should make every affordable listing an opportunity zone, with higher taxes on sales to investors, and no taxes on sales to owner-occupants. In the bidding wars that are common for the most affordable homes, this would give first-time homebuyers a leg up in against investors looking to rent or flip the property.

Montgomery County, Maryland shows that the right combination of incentives and governance can lead to increased home ownership rather than pure profiteering and gentrification: over the least 30 years, developers set aside 12-15 percent of newly developed units for moderate-income families. The public housing authority bought a third of these units for renting to the lowest-income families. According to Richard Rothstein, in The Color of Law, the result has been “higher achievement of low-income African American children who live and attend school in the county’s wealthiest suburbs.”

All this came while the county became more diverse. David Rusk reports in Cities without Suburbs that from 1970 to 2010, Montgomery County went from being 92% white to “more of a mosaic”: 17% Black, 17% Hispanic, 14% Asian, all while being the 11th-wealthiest county in America. Today, the Washington D.C. metropolitan area’s racial homeownership gap is the lowest of any major city; more than half of Black households own their home.

Given that the whole system of zoning laws, subsidized loans, tax incentives and broker networks has been designed at least in part to support exclusive, white neighborhoods, it would be fair to offer down-payment assistance and affordable housing preferentially to Black people. But even absent that commitment, the government could just sponsor more affordable housing. Today, the government offers largely wealthy homeowners $27 billion in tax incentives, which isn’t far from the $48 billion that the entire Housing and Urban Development Department gets. 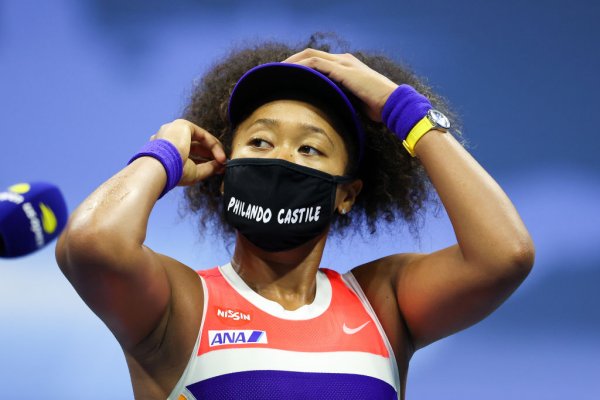