Trump Allies Raise the Prospect of Political Violence Around the Election

Two allies and former political advisers of President Donald Trump are hinting at the prospect of election-related violence, injecting a new level of turbulence in a stormy political climate.

Trump’s long-time friend and adviser Roger Stone, calling into the conspiracy website Infowars on Sept. 10, said Trump should use “martial law” to stay in office or invoke the Insurrection Act if he doesn’t win. Stone, whose sentence for seven felony crimes was commuted by the President in July, also said Republicans should physically block ballots from being counted.

Michael Caputo, who worked on Trump’s 2016 campaign and is now a public affairs adviser for the Department of Health and Human Services (HHS), said in a Facebook Live video on Sunday that violence was coming. He predicted without evidence that Trump’s opponent, Democratic nominee Joe Biden, would refuse to concede if Trump wins. Violence, he said, would follow.

“When Donald Trump refuses to stand down at the inauguration, the shooting will begin,” Caputo said. “If you carry guns, buy ammunition, ladies and gentlemen, because it’s going to be hard to get.” Caputo, who has no scientific or medical background, also wrongly accused government scientists of sedition and said there was a “resistance unit” within the Centers for Disease Control and Prevention. (He later apologized for his comments.) The longtime political strategist, who has prior no public health or medical experience, has previously attempted to interfere with public health data related to the coronavirus pandemic, Politico reported. HHS announced Wednesday that Caputo is taking a “leave of absence to focus on his health,” and Caputo’s top aide Dr. Paul Alexander, who also reportedly meddled with weekly scientific reports, is leaving the department permanently.

The suggestion of possible political violence comes as Trump himself is priming supporters to reject the results of the election if he loses. He’s repeatedly and falsely said that Democrats will resort to fraud to steal the election from him. “The Democrats are trying to rig this election because it’s the only way they are going to win,” Trump told a packed indoor rally in Nevada on Saturday. “The only way we’re going to lose this election is if this election is rigged — remember that,” he said in Wisconsin last month.

These false claims come at a moment of heightened tension. In the wake of protests in Kenosha, Wis., and Portland, Ore., the leader of an anti-government right-wing group, the Oath Keepers, called for Trump to put down a “nationwide insurrection” and declared that “Civil War is here, right now.” Meanwhile, demonstrators calling for racial justice are increasingly being confronted by right-wing Trump supporters, days after Aaron “Jay” Danielson, a supporter of the far-right group Patriot Prayer, was shot and killed while in a pro-Trump counter-protest in downtown Portland. When U.S. marshals killed the suspect in Danielson’s death during the raid to arrest him, President Trump described the suspect’s death as “retribution.”

The specter of using force and violence to keep office doesn’t happen in a vacuum. At a moment when the spread of conspiracy theories threatens to undermine the democratic process, counterterrorism experts are concerned that such calls could motivate armed right-wing extremist groups. U.S. law enforcement officials have been warning for more than a decade that the threat from white-supremacist terror has grown.

“It is dangerous because for that small minority, it reflects an affirmation of their beliefs,” says David Gomez, a former senior FBI agent who ran counterterrorism for the FBI’s office in Washington State. But Gomez says that a call to arms is unlikely to be heard by a large number of Trump supporters. “It’s hard for me to believe that the average Republican voter out there, someone who doesn’t like what he sees going on, is going to rise in insurrection. I don’t put much stock in it.”

For his part, Trump has made it clear that if he wins the Electoral College, he won’t stand for an uprising. When he was asked Sept. 10 by Fox News host Jeanine Pirro about how he would handle “riots” objecting to the result if he wins the election, Trump said he would “put them down very quickly,” hinting that he would invoke the Insurrection Act to violently suppress opposition.

“Look, it’s called insurrection. We just send in and we do it, very easy,” Trump said. “I’d rather not do that because there’s no reason for it, but if we had to we’d do that and put it down within minutes.”

This story has been updated to reflect Michael Caputo’s leave of absence from Health and Human Services. 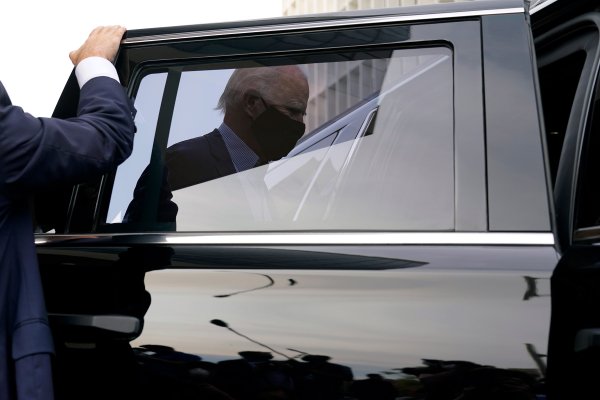