When the annual Council of Fashion Designers of America (CFDA) awards took place on Monday, there was no star-studded gala like in years past. But, at an event rendered all-virtual by the ongoing pandemic, there was still plenty to celebrate—including the fact that this year’s class of winners is the most diverse in the 39-year history of the awards, with the majority of the day’s American awards going to Black designers.

Fashion historian and curator Darnell-Jamal Lisby says that, while the diversity of these wins is historic for the CFDA specifically, the selection of winners is also an indicator of something changing throughout the industry: a shift in the fashion industry towards authenticity, as opposed to exclusivity.

Pandemic closures have crippled an already struggling retail world, contributing to a wave of department-store bankruptcies, and have disrupted the fashion-week cycle. Meanwhile, well before COVID-19 arrived, fast-fashion companies had disturbed the runway world by speeding copies to consumers. Coupled with a national reckoning with racial injustice, 2020 has been a moment for many to reconsider what kinds of clothing—and by extension, designers and narratives—they want to be associated with.

“This luxury bubble was bound to burst,” Lisby says. “Less and less people are trying to buy into the society that fashion has given them.”

This year’s crop of CFDA winners present an alternative vision of what fashion can offer: a unique way of interacting with an artist’s personal story. That’s something that can’t be summoned in a knock-off, and can work better when consumers are able to feel close to the designer rather than set at a distance by a runway.

“Designers like Telfar, Kerby Jean-Raymond and Christopher John Rogers built stories of who they are, where they come from, their heritage,” Lisby says, “and giving their heritage, their culture and their community a voice.”

Lisby notes that both Jean-Raymond and Clemens didn’t follow industry conventions while growing their businesses. Jean-Raymond didn’t adhere to producing collections with the bi-annual New York Fashion Week schedule, instead choosing to show once a year or when he felt like it. Clemens, who began his line 15 years ago, has also opted out of industry norms, becoming known for unisex offerings and rejecting traditional fashion week showings in favor of performance-art pieces and collaborations with unlikely partners like White Castle and Budweiser.

Lisby points especially to Clemens’ success with his Telfar “shopping bag,” which has garnered a cult following over the last few years as a relatively affordable ‘It’ bag, and as a marker of the power of re-imagining the role of fashion and whom it is for. The bag, which many have dubbed the “Bushwick Birkin,” in homage to the Brooklyn neighborhood and the classic Hermès handbag, became the talk of the Internet this summer when Clemens debuted a pre-sale program that would stop the bags from constantly selling out—thus flouting longtime laws of luxury supply and demand.

Telfar showed that “accessible merchandise that is still fashionable” can compete with more traditional luxury lines, Lisby says, and in fact major designers like Marc Jacobs have recently followed suit by offering more affordable options. “I’m thrilled that you have designers now who are stepping up to the plate and creating fashion that is accessible to the masses and allowing them to partake in enjoying style in these pleasurable ways,” he says. “I do think this is the future of fashion.”

And while Lisby’s unsure whether these CFDA wins mean real change when it comes to diversity for the fashion industry, he sees them as a reason to stay optimistic about the business.

“Within fashion, we’re at this convergence of everything that’s going on. Everything in recent years and recent months, has lead to this point where people are craving something authentic that they can buy into,” he says. “The new game is authenticity. Being true to who you are is something that resonates with people.” 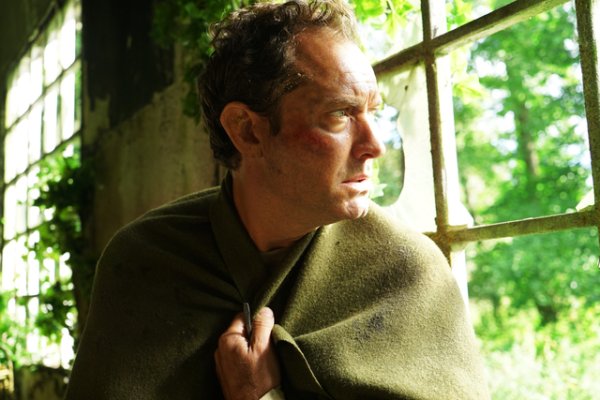 HBO's The Third Day Is a Riveting Psychological Thriller and a Stunning Showcase for Jude Law
Next Up: Editor's Pick