The northern hemisphere is displayed in this global view of the surface of Venus as seen by NASA Magellan spacecraft.
NASA/JPL
By Jeffrey Kluger

To go to Venus is to go to hell. One of the most brilliant and beautiful objects in the night sky, Venus is a near twin of Earth in size and mass but it is radically different in almost every other way. Its surface temperature averages 470º C (880º F), or hot enough to melt lead. Its atmosphere is 96% carbon dioxide, with a ground-level pressure 90 times greater than that on Earth—the equivalent of being under 914 m (3,000 ft.) of water. Spacecraft that descend through the Venusian atmosphere can make much of the trip without a parachute, descending like a marble in a can of house paint.

This is not—it needn’t be said—a place that could likely harbor life. Except that now it very much needs to be said that it looks like it might.

That astonishing possibility arose out of observations made by the James Clerk Maxwell telescope in Hawaii and the Atacama Large Millimeter/submillimeter Array telescope in Chile’s Atacama Desert, and published yesterday in Nature Astronomy. The study’s authors, led by Cardiff University astronomer and professor Jane Greaves, did not find life itself. What they found instead were significant quantities of the toxic gas phosphine, which is a known byproduct of microorganisms that thrive in anaerobic environments—or those lacking free oxygen. In theory, the gas could be produced by volcanoes or the interaction of lightning with the atmosphere, but the concentrations in which the researchers found the stuff on Venus seemed far too high for those periodic, non-biological processes to be responsible. Instead, something must be steadily producing and regularly replenishing the gas, and that something looks to investigators like it could well be biology.

“[We] exhaustively went through every possibility and ruled all of them out: volcanoes, lightning strikes, small meteorites falling into the atmosphere,” Sara Seager, an MIT planetary scientist and co-author of the paper, told the Associated Press. “Not a single process we looked at could produce phosphine in high enough quantities to explain our team’s findings.”

This is by no means the first time investigators have contemplated the possibility of life in so inhospitable a place as Venus. Early in the planet’s history, Venus, like Mars, was likely a watery world similar at least in that way to Earth. Due to its lack of a magnetic field, Mars’s atmosphere was stripped away by the sun at some point, causing the water to sputter away into space. In the case of Venus, the planet’s lack of global plate tectonics prevented carbon dioxide from being plowed back into the ground, leading to a runaway greenhouse effect—exacerbated by the planet’s closer proximity to the sun than Earth’s—causing the oceans to boil away. The water vapor in the air only made the greenhouse heating worse.

But Venus had hundreds of millions of temperate years before it lost its water in which microbial life could have formed on the ground and then migrated up through the atmosphere to higher elevations—50 or so km (31 mi.)—where the pressure is closer to that of the Earth at sea level and the temperature is a balmy, shirtsleeves 30º C (86° F). There, bacteria could survive and thrive.

Not everyone is persuaded that the new findings mean biology on Earth’s sister planet. For one thing, the Venusian clouds are exceedingly high in sulfuric acid, meaning the microbes would have had to evolve a way to deal with its corrosive effects. For another thing, just because investigators have ruled out known alternative sources of phosphine doesn’t mean unknown ones aren’t responsible.

“It’s not a smoking gun,” co-author David Clements, an Imperial College of London astrophysicist, told the AP. “It’s not even gunshot residue on the hands of your prime suspect, but there is a distinct whiff of cordite in the air which may be suggesting something.”

One of the things it suggests is that the solar system—and perhaps the universe by implication—could well be teeming with life. If a blast-furnace world like Venus could harbor atmospheric organisms and frigid desert like Mars could harbor them in aquifers underground, what does it say about rich water worlds like the Jovian moons Europa and Ganymede, the Saturnian moon Enceladus and the dwarf planet Pluto, which are believed to harbor salty, liquid oceans beneath their surface, where life would have had billions of years to evolve? What does it say about the larger cosmos, where water is abundant? What does it say about even humble asteroids and meteorites that have landed on Earth carrying hydrocarbons and amino acids?

Life may well be exceedingly hard to achieve—found only on a one-off world like Earth and nowhere else. Or, it might be exceedingly easy, requiring nothing more than chemistry, energy and time to emerge—or maybe it falls somewhere in between. Today, the betting feels a little more like it tips to the easy side. Our solar system is more dynamic than we ever believed—and there is no reason the same could not be true of the cosmos as a whole. 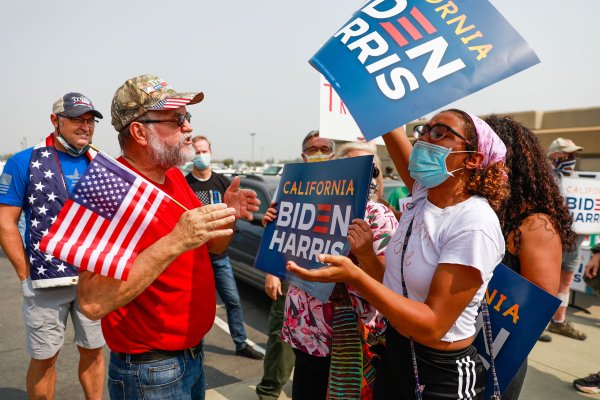 How Climate Change Feeds Instability
Next Up: Editor's Pick