When skateboarding video game Tony Hawk’s Pro Skater arrived on the PlayStation in 1999, no one could have expected the cultural impact it would have or how much muscle memory it would ingrain into dedicated fans. It was an enormous hit with skaters and non-skaters alike, helping to usher in a more-mainstream acceptance of skateboarding culture, define a new video game genre and teach tens of thousands the words to Motörhead’s “Ace of Spades.”

Twenty-one years after the release of the first game, publisher Activision and developer Vicarious Visions will release Tony Hawk’s Pro Skater 1 + 2, a ground-up remaster of the first two games, on Sept. 4, for PlayStation 4, Xbox One and PC. And while it sticks very closely to its source, the new game feels like it belongs in 2020, with a greater focus on representation and a firm grounding in that angsty skate culture aesthetic. Tony Hawk himself couldn’t be more excited about the release.

“You don’t understand how many people ask me about [Tony Hawk’s Pro Skater 1 and 2],” Hawk told TIME. “That is a consistent request on social media, ‘Why don’t you remaster these games?’”

If you’ve never played a THPS game, they fit neatly into that “easy to learn, lifetime to master” category. And if you’re not sucked in by the sheer fun, the score chasing and incredible soundtracks will probably get you. As the 20th anniversary of the first game’s release approached, Hawk and Activision thought it was the right time to remake what had become a video game classic. And though they couldn’t foresee what 2020 would become, the game is a bright spot in a dark year.

As I pushed off into the fan-favorite Warehouse level, the first park from the series’ original game, I instantly remembered countless hours playing with friends, trying to set new high scores. The muscle memory snapped back and I began landing combo after combo like no time had passed at all. Tony Hawk’s Pro Skater 1 + 2 has crisp, updated visuals (that look great in HDR), adds in a variety of moves that showed up in later games and includes other features common in modern video games, like online multiplayer and a mode to build your own skatepark.

But the game feels just like you remember it, just like you want it to feel. It transports you back to those Halcyon days of 1999 when the only thing you had to worry about was making sure your friends passed you the controller when your turn came up and there was a never-ending supply of Dorito’s and Mountain Dew.

The THPS series has had a rough decade. Its initial success continued through the mid-2000’s, but when longtime developer Neversoft passed the baton to developer Robomodo, review scores fell fast. The past 10 years have seen disappointments like 2009’s Tony Hawk: Ride, which used a plastic skateboard as a controller, and 2015’s Tony Hawk’s Pro Skater 5, which has one of the lowest aggregated reviews scores of any game in the current console generation, according to Metacritic. The series went mostly dark after that, with only a free-to-play mobile game released in 2018 to show for the last five years.

Fixing THPS, it turns out, meant going back to what made the original games so much fun. Developer Vicarious Visions has succeeded in recreating the flow of mastering combos and playing in the skateparks. New additions also include an extensive list of challenges, costume unlocks and the ability to make your own skater. The game retains 22 of the artists from the original beloved soundtrack, including Dead Kennedys, Primus and Rage Against the Machine. And it includes songs from 37 newly added artists like A Tribe Called Quest, MXPX and Screaming Females.

The remaster isn’t just a breath of fresh air for the series, but also for the gaming world’s efforts towards inclusion. Hawk said it was important to bring representation in this year’s release that didn’t exist in the old games.

“In the original game I wanted the roster to represent all styles of skating, but skating didn’t have a very diverse lineup back then, those are just the facts,” Hawk said. ”As we evolved and as skating started to become more popular in different areas, then there were no more barriers like that.”

Hawk says it was important to him that the remaster include wider representation not only racially or socio-economically, but also through gender identity—and so Tony Hawk’s Pro Skater 1 + 2 features the series’ first non-binary skater in Leo Baker.

It’s possible that original games helped inspire communities that are now featured in Tony Hawk’s Pro Skater 1 + 2. Hawk said it was “probably the most surprising outcome” of the first game that it introduced so many people to skateboarding, even if they weren’t interested in skating themselves. He believes the game helped more people become fans of skateboarding and lessened any social stigma it carried.

“Before that, the only people who cared about skating were skaters themselves,” he said. “I like to think that [Tony Hawk’s Pro Skater] helped people who were not clued in to the benefits of skating or the popularity of skating and helped them to understand that this could be a positive outlet for kids and communities to embrace.”

While Hawk believes the THPS games brought skateboarding to new people, real-life skaters who grew up with the series have helped change the sport along the way, he said.

“It made a new generation of kids believe [the games’ trick combos] are possible, and now they are,” Hawk said. “If you look at a skater like Shane O’Neill, who’s in the new game, if you look at the tricks he’s doing, they’re Tony Hawk’s Pro Skater combos that we didn’t think were possible back then.”

In 1999, the series might have introduced many new people to skating, but it also tapped into youth and counterculture malaise, which feels just at home in 2020 as it did 21 years ago. In particular, the series honored skate culture’s distrust of authority and has long dunked on the police. The very first game introduced the character “Officer Dick,” a cop stereotype complete with aviators, mustache and a beer belly who players can control in place of the professional skateboarders. He appeared in much of the series, and might show up in the new game, too.

To Hawk, skate culture embodies much of what has been seen over the summer as thousands of young people across the United States have demonstrated against police brutality and for racial equality. Just last week, Anthony Huber, a 26-year-old avid skateboarder, was shot and killed while protecting others from a gunman during protests in Kenosha, Wis. that came after police shot Jacob Blake, a Black man, in the back several times. Huber was holding his skateboard when he died.

“I think skaters have always taken pride in being different and not following the status quo. And so in terms of being effective or voicing for equality, then they fall right in line with that,” he said. “[Y]ou saw plenty of skateboards especially in the Black Lives Matter protests, because those are people that are not afraid to speak out.”

The Tony Hawk series was meant to embody those 1990s VHS skate tapes that my friends and I dubbed and passed around. The series, in turn, became its own version of those tapes for a new generation. It’s easy to be cynical about remastered games as an effort to tap into older gamers’ fond memories to make a quick buck. But Tony Hawk’s Pro Skater 1 + 2 honors what the original games were, and what they helped create. And yes, there’s comforting nostalgia here. But it’s a return to form with plenty of growth along the way, resulting in something that’s perhaps even better than the original—and it reminds you that Less Than Jake exists, too. This year being what it has been, I might enjoy Tony Hawk Pro Skater 1 + 2 because it taps into that familiar, comfortable teenage soul of mine, always ready to blast Bad Religion while doing dangerous stuff. Or I might enjoy it on its own merits, as a solidly enticing game that plays great and has me planning the cosmetics I’ll unlock next. All I know is that I want to keep playing it. 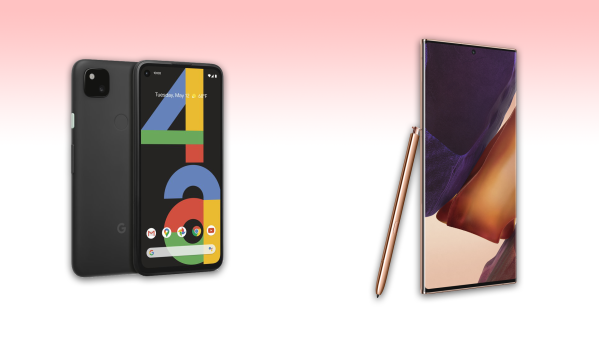