What Happens Next in Mali After the Coup

For some countries, a pandemic and a global economic depression just isn’t enough drama. A couple weeks ago, members of Mali’s military launched a coup in the west African nation to seize power from the country’s democratically elected president, Ibrahim Boubacar Keïta. They accused Keïta of corruption, nepotism, gross economic mismanagement and failing to protect the Malian people from spiking violence. The coup plotters initially wanted to remain in power for three years (roughly the remainder of Keïta’s term) until elections can be held and a competent civilian government voted in; for the moment, the coup seems to have the popular support of the Malian people. The international community is another matter.

Mali, a Francophone country home to nearly 20 million people, has plenty of experience when it comes to coups; the last one, which took place in 2012, led to the election of the just-deposed Keïta the following year. Tensions have long been bubbling in the country—Keïta, who hails from the country’s south, is widely regarded as an ineffective leader who has failed to provide the economic stability and physical security that the country desperately needs. To be fair, it is not entirely his fault—when the last coup was launched in 2012, the resulting political instability allowed a range of Islamic fundamentalist groups to capture territory in the north of the country, aligning themselves with various ethnic militias warring between themselves. Many of these jihadi groups were beaten back by French forces who—with Keita’s blessing—arrived to help restore order. But the jihadi threat was never completely eradicated, and the country has spent the better part of the last decade struggling to keep the security situation in check. The violence has only increased of late; in addition to the mounting casualties and people forcibly displaced, opposition leader and former presidential candidate, Soumaila Cisse, was kidnapped (presumably by jihadists) early this year.

Protests have been roiling the country for months now; the more immediate trigger for the protests was the decision by the constitutional court to overturn provisional results in March’s legislative elections, handing 10 more seats to Keïta’s party. That brought the people out to the streets in force, but the breaking point came on August 18 when a contingent of army colonels anointed themselves the National Commission for the People’s Salvation, arrested Keïta and various ministers of the government, and forced Keita to announce his resignation on TV… while wearing a surgical mask (doesn’t get more 2020 than that). It’s unclear whether the protestors were in league with the coup plotters from before, or if the colonels acted under their own initiative.

Regardless, the junta seems to have the popular support of the Malian people; given the very real struggles of the country over the last decade, that’s not shocking. Less enamored with the military coup are the UN (which has about 15,000 peacekeepers stationed in the country), France (with roughly 5,000 troops on the ground), the U.S. (which has a couple drone bases stationed nearby in Niger), the African Union and the Economic Community of West African States (ECOWAS)—the latter has imposed border restrictions, halted financial dealings with the country, paused Mali’s membership in the group and threatened sanctions over the mutiny.

While there is plenty of sympathy for the Malian people, international actors have good reason to be worried by the recent developments—for all his faults (and there are plenty), Keïta was supportive of Western efforts to combat jihadism in the region, and the ensuing political chaos will give these groups the opening to expand their hold on the country. ECOWAS has dispatched a team headed by former Nigerian President Goodluck Jonathan to negotiate with the coup plotters and figure out next steps; failure to reach an agreement could dent the bloc’s credibility, but it is unlikely to offer the junta much room for compromise on the contours of a democratic transition. This will align with the preferences of leaders like Alassane Ouattara and Alpha Conde, presidents of Cote d’Ivoire and Guinea respectively, who are seeking controversial third terms in office later this year and would prefer a tough regional response to deter similar uprisings in their countries.

Mahmoud Dicko addresses Malians supporting the recent overthrow of Keita as they gather to celebrate in the capital, Bamako, on Aug. 21
AP.

Few international voices are calling for the reinstatement of Keïta, as there is broad agreement that he is an ineffectual leader whose return to power would exacerbate the chaos. One of the main protest leaders is a charismatic imam named Mahmoud Dicko; there were rumblings he could use his popular support to seize political power for himself, but he doesn’t seem interested in going that route. Still, many believe his approval of the proceedings will be critical to their acceptance by the Malian people, making him a de facto “kingmaker.”

The coup leaders originally proposed a three-year transition to civilian rule, a time horizon which unnerved those who want to see a democratic solution to the current crisis sooner rather than later, but they have yet to accept ECOWAS’s demand for a 1-year max. Negotiations continue. Interestingly, the coup plotters are asking for France and the international community to continue supporting the country through this transition, and not to abandon Mali in its time of crisis. And there’s good reason for the international community to do so, as distasteful as they may find the current situation—the last time there was a coup in the country in 2012, jihadists used the political chaos in the country’s south to consolidate and expand their hold in the country’s north. Should foreign powers leave, Islamic jihadist groups (some of which are aligned with Al Qaeda and ISIS) would gain an even stronger foothold in the country and be able to expand throughout the Sahel, as would the illicit narcotics, arms and human trade. While France has called for Keita’s release (reports state that he’s been allowed to return home), it has not demanded his return as president; for Paris, the primary concerns going forward are the welfare of the people of Mali and the continued battle against Islamic fanaticism.

When we talk about the lack of global leadership and the G-Zero, we tend to talk about great power rivalries (like U.S. vs. China) or big macro issues (like trade and tech wars). But Mali demonstrates how the G-Zero affects countries at the individual level. While the international community earnestly wants to help the country both for its own sake and beat back the threat posed by Islamic militants, no one wants to commit the resources or take primary ownership of the situation; 5,000 French troops won’t turn the tide against jihadists or provide the long-term stability Mali needs to right itself. Which means Mali is left to fend for itself.

I miss the days when coups dominated international headlines. Simpler times, those. 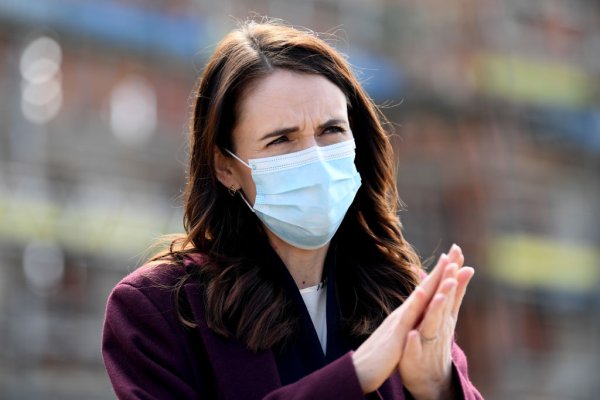