'I'd Like to Punch You in the Mouth.' Brazil's President Jair Bolsonaro Enraged by Reporter's Question About Payments to His Wife

President of Brazil Jair Bolsonaro waves during a visit to Barreiros bridge amidst the coronavirus pandemic on August 7, 2020 in Sao Vicente, Brazil.
Alexandre Schneider –Getty Images
By Ciara Nugent

Brazil’s far-right president Jair Bolsonaro threatened to punch a reporter in the face on Sunday after he asked a question about mystery payments made to Brazil’s first lady by a long-time family associate under investigation for corruption.

“I’d like to punch you in the mouth,” the president told a journalist from O Globo, one of Brazil’s largest daily newspapers, while walking outside the Cathedral of Brasilía, video released by the newspaper shows. The journalist had asked Bolsonaro to explain reports by Brazilian media that Fabrício Queiroz, who has known the president since the 1980’s, and his wife made deposits of almost $16,000 to Michelle Bolsonaro’s bank account between 2011 and 2017.

Queiroz was arrested in June as part of a corruption investigation by authorities in Rio de Janeiro state into Flávio Bolsonaro, the president’s oldest son. The probe concerns a suspected scheme of embezzlement and money laundering during Flávio’s time in the state legislature, where he served from 2003-2019. Queiroz worked as an aide for Flávio for some of that period and investigators say large amounts of money moved in and out of his account in 2017 may be connected to the scheme. Flávio, now a senator, has denounced the investigation as a politically motivated attack on his family. Queiroz’s lawyer called his arrest “totally unnecessary.”

Brazilian media reported earlier in August that investigators had uncovered new evidence of payments from Queiroz to Michelle Bolsonaro, which contradict previous explanations given for the transactions.

The question “President Bolsonaro, why did your wife Michelle receive [$15,800] from Fabrício Queiroz?” quickly went viral on Sunday after the altercation with the O Globo reporter, as prominent figures in Brazilian culture, media and politics tweeted it at the president, including YouTuber Felipe Neto and music legend Caetano Veloso. In all, the question has been repeated more than 1 million times online, according to BBC Brasil. The President has not responded directly to the questions, but tweeted Monday morning accusing O Globo of bias against him.

The allegations surrounding his family have become a source of political strife for Bolsonaro, who campaigned for the presidency on a promise to stamp out corruption among Brazil’s elite. He faces crises on several other fronts. The Supreme Court is investigating allegations by former justice minister Sergio Moro that the president abused his power by meddling in the federal police. Bolsonaro’s handling of COVID-19, which he has dismissed as a “little flu”, has also galvanized political and public opposition to his leadership. The president and his wife both tested positive for the virus in July, after he spent months publicly resisting social distancing measures and the wearing of masks.

Despite these controversies, though, a poll published August 14 found that Bolsonaro’s approval ratings have reached their highest levels since his term began in January 2019. According to national pollster Datafolha, 37% of those surveyed saw his administration as great or good, up from 32% in June. Only 34% saw his government as bad or terrible, down 10 points from a month earlier.

Analysts put the increase in popularity down to emergency aid dispersements made by the Brazilian government, which have become a lifeline for poorer people in a country that was still grappling with the impact of a 2015–2016 economic crisis when the pandemic began. “It’s hard to underestimate the impact of the coronavirus emergency salary on voters’ lives,” says Gustavo Ribeiro, a political analyst and founder of English-language politics site The Brazilian Report. “For 14 million people, it has been the only source of income as of late.” That program, which has already cost tens of billions of dollars, is due to expire in September, but Bolsonaro said August 19 that smaller payments could be extended through the end of 2020.

Rodrigo Soares, a professor of Brazilian Public Policy at Columbia University, says the scandals mounting around the president’s family are unlikely to have any impact on his political base, which accounts for about a third of Brazilian voters. “It’s pretty clear by now that the corruption allegations have really no bite among his core supporters,” he says. “Among those, I don’t think that the [president’s] supposed corruption agenda was ever the main point.” 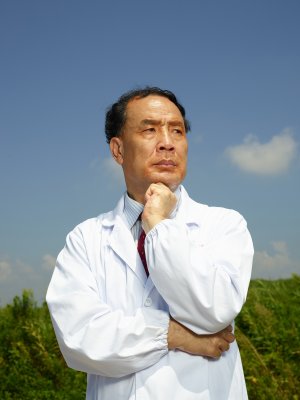 Scientist Who Sequenced COVID-19 Speaks Out
Next Up: Editor's Pick