Hundreds of people gathered in protest on Saturday after a Black man was shot and killed by police officers outside a convenience store in Lafayette, La., on Friday, according to the Louisiana State Police, footage from the scene and reports.

Lafayette Police Department officers responded to a disturbance and found a man, 31-year-old Lafayette resident Trayford Pellerin, allegedly armed with a knife in a convenience store’s parking lot, the state police said. The officers tried to approach Pellerin, but he ran away, and the officers followed him on foot as he walked from the convenience store, which was at a Circle K gas station, to a Shell gas station, according to the Lafayette Daily Advertiser. The officers shot him with tasers, but didn’t manage to stop him, the State Police said.

As Pellerin tried to go inside the Shell convenience store, the officers shot him, the state police said. The police shot him “10+ times,” Benjamin Crump, a civil rights attorney representing Pellerin’s family, wrote on Twitter.

Police said Pellerin was brought to a local hospital, where he died. The Lafayette Police Department requested that the Louisiana State Police Bureau of Investigations look into the shooting, the state police said.

A woman who filmed the shooting, Rickasha Montgomery, 18, confirmed to the Lafayette Daily Advertiser that she watched the officers tase the man, and that he had been carrying a knife. The officers had ordered the man to get to the ground, and shot him when he tried to go inside the convenience store, Montgomery said.

“When I heard the gunshots, I couldn’t hold my phone like I was first filming,” Montgomery told the Daily Advertiser. “I feel kind of scared about it. I’m traumatized.”

The Daily Advertiser reported that hundreds of people gathered for a vigil at the Shell gas station to honor Pellerin and call for justice on Saturday. About 150 protesters marched down the street where Pellerin was killed, the Northeast Evangeline Throughway, and blocked traffic. Police fired flash bangs and smoke at the protesters, and some ran away, reportedly believing the blasts were gunfire. Interim Police Chief Scott Morgan later condemned protesters who had set off fireworks, tried to start fires and disrupted traffic, and confirmed that several people had been arrested.

Marja Broussard, the President of the local National Association for the Advancement of Colored People chapter, told the Daily Advertiser that she is concerned that police could have done more diffuse the situation and to prevent the shooting.

“How much time did they have to do something other than freaking shoot?” Broussard said. 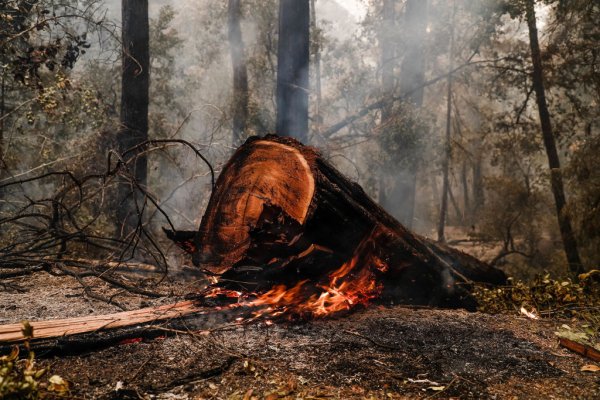