Mireille Soria, the president of Paramount Animation and a 30-year industry veteran, says the studio’s The SpongeBob Movie: Sponge on the Run moved her to tears. “It was so beautiful and so wonderful and so rich,” says Soria with visible emotion while describing seeing the film together with its score for the first time.

For most people over a certain age, the latest adventures of the invertebrate fry cook might not be high on the list of tear-jerkers (though at nine years old at the time, I may possibly have cried at one particularly dramatic point in the original film). Certainly, one might not normally expect SquarePants’s pathos to reach a top-tier industry executive with nearly two dozen producer credits under her belt. But at Paramount Animation, which produced the film, nothing has been even close to normal in recent months.

Like many teams able to do so, Paramount Animation has been working from home since mid-March, putting together a feature film from living rooms-turned-offices-turned-childcare centers, as the COVID-19 pandemic tore through the country. For those producers, animators and editors, who spent months cooped up working on the Sponge on the Run, finally seeing the fruit of their labor might understandably moisten some eyeballs. “I’m so proud of that movie,” says Soria. “[It] has so much heart.”

Paramount Animation’s production staff was fortunate to be able to work remotely to avoid COVID-19 exposure, a blessing not enjoyed by millions of essential workers. But, as nearly every organization unexpectedly forced to shift to remote work in recent months has found, the change wasn’t entirely smooth sailing.

One big problem was finding a way to record a score for Sponge On The Run (releasing digitally early next year), as bringing musicians together in the same room was unacceptably risky. Instead, performers were instructed to individually record their parts for composer Hans Zimmer’s soundtrack in their own local studios. Then sound engineers overlaid those components with Zimmer’s trademark synths to create the final product. “[It] just elevated everything with a really beautiful, rich score,” says Soria. “I don’t think you can tell the difference from how it was done.”

Another challenge was finding a way to get audience preview reactions to new films. For Rumble, set to release January 2021, the studio sent out advance copies to the film crew’s friends and family around the country. “What was interesting is that while we didn’t have that in-person experience of sitting in a theater and listening to people laugh, we got really thoughtful feedback,” says Soria. When the studio recruited focus groups to break down the film, the producers were surprised to see that people were comfortable enough participating remotely to give an even higher level of feedback than normal. “They were actually the most thoughtful focus groups that I’ve seen in the decades that I’ve been doing live action and animation,” Soria says.

In some ways, it’s remarkable that the new film was able to get to previews at all. While live-action film and television shoots were stalled for months due to social distancing restrictions, animated features crafted on computers have been able to plow ahead. Some studios, like Paramount Animation, had been working remotely to some extent even before the pandemic.

That work-from-home advantage doesn’t mean we should expect to be watching vastly more animated films five years from now. But in the near term, as live-action projects scheduled for 2020 and 2021 are being delayed, many animated features can be released roughly on schedule, likely to the (small) relief of parents running out of options to keep home-bound kids busy.

For Soria, the challenges of the last few months have opened up some unexpected opportunities. “Even though this is a terrible time in the world right now, there are things that we’re learning that we can take forward and find a new way or a better way to do things,” she says. In the movie making world, that means finding new ways to keep staff engaged and spirits up as a global pandemic bleeds into its ninth month. It also means rethinking assumptions around how movies get made—like the idea that people need to be in the same physical location to make a great movie.

“There’s the perception because it’s the way it’s been done all the time forever,” Soria says. “I don’t believe that is the only way to do it. And I don’t know that that is the right way to do it.”

If there anything good comes of this crisis for the movie-making business, it might be a decoupling of geographic proximity and production. Late night storyboarding sessions in stuffy rooms may be gone for the time being, but what has replaced them is a newfound flexibility to collaborate with creators beyond the Hollywood hills.

“The rule is there are no rules.” says Soria. “If there is an artist who lives in New Zealand or in London, or in Iowa and has the right voice and connection to this material..and they can contribute to it, that to me is unbelievably valuable.” 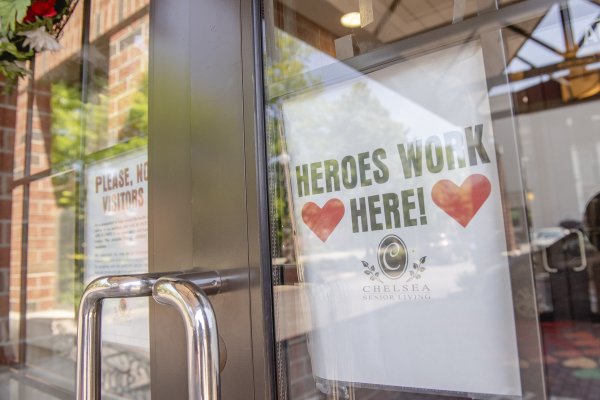