On Aug. 8, Portland Trail Blazers point guard Damian Lillard—the MVP of the NBA’s restarted “bubble” season in Orlando—called out Los Angeles Clippers star Paul George on Instagram. “Keep switching teams,” Lillard wrote. “Running from the grind.” In recent years, George has moved from Indiana to Oklahoma City—where he was paired with a second superstar, Russell Westbrook—to Los Angeles, where he and Kawhi Leonard form a so-called “superteam.” LeBron James has engineered several moves throughout his career to join other stars and win championships: Kevin Durant famously signed with the Golden State Warriors, and Stephen Curry, in 2016 and won two titles.

Lillard insists, however, he has nothing against players who join forces to chase titles. (Lillard has spent his entire eight-year career in Portland). On Aug. 8, George and teammate Patrick Beverly taunted Lillard after he missed key free throws in a Portland loss to Los Angeles. “We just had a run in,” Lillard said in a Time100 Talks conversation on Thursday. “I came up short at the end of a game, they said what they said, I said what I said. But it a’int like no personal beef. We’re men. When a man says something, another man is going to say something back, and it’s going to be what it’s going to be. And that’s what it was … they took a jab at me, so I just took one back.”

“My only thing is, that’s not my preference,” says Lillard about joining a superteam. “I don’t have an issue with other people deciding to do it.” Why, then, would winning a title in Portland feel that much sweeter than if he would leave the Pacific Northwest in free agency and triumph somewhere else? “I think for one, because of the time invested,” Lillard tells TIME from his new Orlando hotel room (despite his MVP status, Lillard calls his new playoffs digs “a definite downgrade.”) “The time invested in growing, figuring it out, and having hard experiences, having great experiences. I feel like you have to go through the ups, sometimes you’re going to have high moments, then you’re going to have low moments. But I’ve always been about the journey. Just embracing the journey. The peaks and valleys, having it come back around, knowing you worked hard, you did stuff right, you took the good with the bad, and then you get the reward for all of that. Like Dirk did.”

In 2011, Dirk Nowitzki won a title in Dallas, the place he spent the entirely of his 21-year NBA career. “That’s the example I always think of,” says Lillard. “I’m sure that one ring of his, made his career just perfect. It may not go that way for me. But that’s what i want to see for myself.

“I feel like if I did say, ‘oh, these two guys are in New York, or in LA, or whatever,’ if I did decide I want to go play with some other guys, I feel like its a pretty good chance we’ll win it,” says Lillard. “And I’m sure that’s what a lot of guys feel like. There’s a pretty good chance that I’ll be able to win it all. But I don’t just want to win it all. I want to win it all here. We haven’t won it since ’77. It’s been a long time. And I also don’t want to do it in a way where it’s like, the second I go play with these guys, they’re going to go, oh, ‘they’re the favorite.’ That’s not my life. That’s not my style.”

Lillard has thrilled basketball fans with his torrid performance during the summer restart of the NBA’s suspended 2019-2020 season: for example he scored 61 points against the Dallas Mavericks in the NBA’s Orlando “bubble” on Aug. 11, two days after dropping 51 on the Philadelphia 76ers. “Put some respect on my f—ing name,” Lillard barked after torching Dallas.

“It’s natural for me to play with a chip on my shoulder, because of where I come from,” Lillard, who grew up in Oakland, Calif. Portland won Game 1 of its first round playoff series against the Los Angeles Lakers on Tuesday night; the Lakers took Game 2 on Thursday 111-88, to even the series; Lillard left the game with a finger injury. “I didn’t play for a top AAU team,” says Lillard. “I wasn’t a phenom growing up. I played for the local program. Our parents paid for us to to travel and play in local tournaments or we had to fundraise. We had to learn how to earn things, or work for things. We practiced in an abandoned adult school. We caught the bus to practice. We experienced a lot.” Lillard attended Weber St., no traditional basketball power. “I think my story is with that chip,” says Lillard. “When you experience that for so long, years and years and years, it becomes a part of you, to where you find a slight in every single thing. And you just throw it on the fire. It’s wood on the fire in every situation and I’ve just become accustomed to doing that naturally.”

Lillard knows that, playing in a smaller market in the Pacific Northwest, fans sometimes overlook him. “At times I do feel underappreciated,” says Lillard. “But it’s not something I lose sleep over. It’s, ‘oh, I see what’s going. I see what it is.'” Still, that perceived lack of respect serves, as he says, as wood on the fire. “Regardless of how much it might not might not mean to me, I still use little small slights like that to keep pushing myself, to remind myself that there’s room to grow, there’s still things to work and to fight for.”

The Portland star has taken to pulling up for a three-point shot right in front of the half-court line: his display of 30-40 foot shooting has never been seen before in the NBA. Does Lillard think his long-range bombs are changing the game? “I think so,” he says. “myself and Steph [Curry] are two of the guys who are shooting it as a really really high clip. It’s not a hard shot for us. And I think Trae Young as well. It’s definitely changing the game.”

“I think I’m attacking that part of the game more often than Steph does,” says Lillard. “Everything that I’m doing, Steph is capable of doing it from that range. He’s the best shooter in the history of the game in my opinion … I think i’m pushing the line a little but further with how often I’m doing it.”

As an 8th-seed, Portland would typically face the daunting task of having to beat Los Angeles on its home floor. But in the Orlando, no team has home court advantage. “Every team in the bubble should be just a little bit more confident,” Lillard tells TIME. “That comfort is being taken away, knowing the energy is going to be in your favor, the crowd is going to be in your favor. Teams naturally play faster, they naturally play more confident on their home floor. But when it’s a neutral site, the energy that’s being generated is from yourself, from your team. The only excitement is from the the passion that you have playing the game. So I think it definitely makes it a harder championship to win for everybody. It makes it a more even playing field. And it definitely gives us more confidence knowing we don’t have to play on somebody else’s floor.”

Lillard, like many of his NBA colleagues, has become more involved in social activism in recent weeks. In early June, he participated in a protest against racial injustice and police brutality, following the death of George Floyd. “One of the biggest takeaways that I had was it was led by really young people,” says Lillard. “When you look back at the Civil Rights movement, a lot of the names you recognize in Black history, they were really young. When I got out there, I was expecting to see a full Black crowd fighting for what is right, fighting for ourselves, and protesting for what we really believe in. And that change that we’re looking for. And when I got there, there was as many white people as there was black people. and to me that said a lot. To see that type of support, and to see that type of balance, fighting for the same cause, and the right cause, even though you don’t have people directly effected by it. People that just see what’s right is right, what’s wrong is wrong. And they don’t only want to see change, but they are wanting to be a part of the change, that was a big deal.”

“Another thing was just the tension that I felt,” says Lillard. “We marched, and it was thousands of people. And it was just like, we could just come face to face with police at any time. You don’t know how physical it can get. You don’t know if it will be fatal. You just don’t know. And then you’re matching and you’re chanting. You see the passion that people have, being a part of this movement. How passionate they are bout the change and the pressure being applied. And you become I guess taken over by it. You become a part of it. And you feel the passion from them, you feel connected to the Dr. Martin Luther Kings, the people who did it before you, who allowed us to have the kind of lives that we have today. And now you’re part of that next stage to try to push that forward from here. So there was a lot of emotions.”

NBA players and other athletes have also been criticized for mixing sports and politics. They’ve been told to “shut up and dribble.” Lillard’s response? “I don’t see why when it comes to politics, why we would not say anything,” he says. “Why would we not have an opinion on it if it’s going to effect out lives and our family’s lives, and so on and so forth? I think that was just a dumb statement to make. We’re people before we’re athletes. So you’re basically telling me I’m not a person. I’m just an athlete that should say nothing. Just play sports and entertain us.” 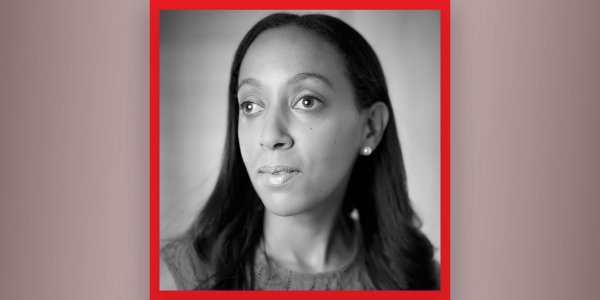 'We Find Ways to Come Up With Solutions.' Haben Girma on How Disability Drives Innovation
Next Up: Editor's Pick