College Football May Not Happen at All This Year. And Maybe We Don't Deserve It

It was never going to be easy to get to kickoff, but America’s attempt to have a college football season, in the midst of a global pandemic, is looking more and more like a hopeless Hail Mary. Like so much else in America’s COVID-19 moment, the effort to get players on the field is messy, is divisive and reflects poorly on leaders at the top.

More than any other major team sport, college football is fueled by state identity and tribal customs: on any given fall Saturday, just visit the elaborate tailgates in places like State College, Pa.; College Station, Texas; or the Grove, some 10 acres planted in the center of the University of Mississippi, which can host more than 50,000 revelers. The sport powers local economies, and that business won’t be given up easily. Even during a health crisis in which more than 170,000 people in the U.S. have died, decisionmakers are desperately trying to hold on to ingrained cultural traditions, while protecting a multi-billion-dollar athletic-industrial complex baked into higher education.

But college football lacks cohesive national leadership. Instead, each “Power 5” football conference has latitude to look after its bottom line, at the expense of unpaid players who’ve put their health at great risk–players have already experienced COVID-19 outbreaks at Clemson, Kansas State, Rutgers and Oklahoma. Now, left to their own devices, the Pac-12 and Big Ten conferences–with schools like Stanford, UCLA, Northwestern and Maryland in coastal and upper Midwest lean-blue states–decided to cancel their fall college football seasons. Meanwhile, schools in the South-eastern, Big 12 and Atlantic Coast conferences, which are mostly in the red states that reopened early (and saw a subsequent rise in COVID-19 cases), are saying they’re still going to play football.

Not that everyone falls into neat camps. There’s dissension and mixed messaging within conferences and at individual universities as well. Ohio State University quarter-back Justin Fields has started a petition to reinstate the season, and it’s already garnered more than 275,000 signatures. The University of Alabama, whose football team brought in $94.6 million in revenue during the 2019 academic year, is among the schools trying to give the most unsocial-distanced of sports a go, but its fans can’t seem to get out of their own way. On Aug. 16, a large group of people in Tuscaloosa–home of the Crimson Tide–were spotted lined up, bunched together and unmasked, outside a bar. The school’s athletic director took to Twitter to tsk-tsk the youthful-looking patrons. “Who wants college sports? Obviously not these people!!” wrote Alabama AD Greg Byrne. And on Aug. 17, the University of North Carolina announced that after 130 students had tested positive for COVID-19, the school was reverting to remote instruction. A few hours later, the school’s athletic department released a statement, saying workouts and practices would continue. A campus was deemed unsafe for students. But the “student-athletes” would apparently be just fine.

College football’s lost season carries devastating consequences. The sport often funds entire athletic departments: at Alabama, football accounts for 77% of team revenues, according to federal data. Canceling football could cause schools to cut athletic opportunities in other sports. Stanford, for example, had already dropped 11 sports, like fencing and field hockey, in early July, citing the harsh financial realities of COVID-19. Expect more such decisions around the country.

Sadly, Americans can only blame themselves–and their leaders–for the disarray. States pushed too fast to reopen, testing is so backed up as to be virtually useless and Americans continue to die at alarming rates. While pro sports facilities sit empty, Texas A&M University still expects to fill its 100,000-plus-seat stadium to 30% capacity–despite the state’s hitting 10,000 COVID-19 deaths recently–but a lot can happen between now and the season opener that will supposedly take place in a few weeks. On Aug. 16, the NCAA’s top medical doctor said that without testing improvements, “there’s no way we can go forward with sports.”

It was an astute philosopher–Washington Nationals pitcher Sean Doolittle–who said, in July, “Sports are like the reward of a functioning society.” For college football, the sins of spring and summer will deliver a quiet fall. 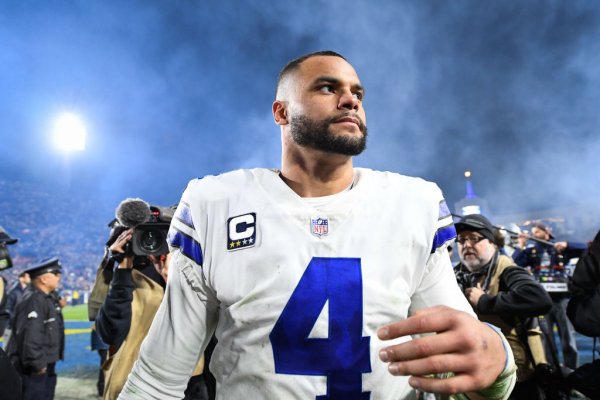