How Kamala Harris Became a Favorite of Climate Activists

In the days after it was announced, the CNN climate town hall last September was heralded by climate activists as a watershed event: the leading Democratic presidential candidates would be talking about climate change over seven hours of devoted cable news coverage.

California Sen. Kamala Harris, whose campaign said she had a scheduling conflict, was the only major candidate initially absent from the list.

Climate activists seized on her absence as evidence that she wasn’t interested or sufficiently committed to the issue—and then she turned on a dime.

Within a few weeks, Harris put out a $10 trillion climate plan calling for the United States to eliminate its carbon footprint 2045 and for the prosecution of fossil fuel companies. Hours later she showed up in New York City for her town hall segment ready to put to rest any lingering concerns once and for and all. In her 33-minute appearance, she not only engaged on climate issues; she took a particularly bold stance: she committed to ending the filibuster if Republicans held up climate legislation, endorsed a fracking ban and affirmed she would ban plastic straws.

In a sense, the episode — her initial trepidation and her subsequent decision to embrace a strong position — embodies Harris’s transformation into a candidate beloved by climate activists. She began her presidential campaign with a limited record on the issue, but, by the time Joe Biden selected her as his running mate on Aug. 11, she had strengthened her bona fides and won over the community committed to prioritizing climate.

“This presidential campaign really strengthened a lot of folks’ climate muscles,” says Jamal Raad, co-founder of climate group Evergreen Action and a former climate advisor to Washington Gov. Jay Inslee. “There was a process that pushed everyone including Kamala to go bigger, bolder and farther and really tackle what it means to do what the science demands.”

Harris’ resume doesn’t fit naturally into the climate champion mold. She made her name in California, first as the San Francisco District Attorney and later as the state’s Attorney General. She served in those roles at a time when California was making legislative and regulatory moves on climate left and right, implementing a cap-and-trade policy and other measures to reduce emissions.

But California’s climate strategy had a more limited role for the state’s attorneys. She was called on to defend the state’s climate-change law in court and to enforce the state’s environmental rules. On occasion, she worked with other state attorneys general to push for or defend climate policy on the federal level.

But this offered her a limited opportunity to actually craft climate policy, and local climate activists note that she largely had to operate within the confines of then-Governor Jerry Brown’s climate agenda. Harris’s most notable climate-related work from that time period centered largely on suing to address environmental violations and working to end pollution that disproportionately harmed at-risk communities. She sued oil companies when they broke the rules, and joined a lawsuit against San Diego officials when they planned to build a highway that would have generated harmful pollution in a local community. She also led an early investigation into whether Exxon had misled shareholders by hiding what they knew about climate change, though she ultimately didn’t sue the oil giant.

Harris portrayed herself as green “champion” in her 2016 Senate campaign, seeking to win advantage against her Democratic general election opponent in deep blue California. She won the election easily, and quickly grew her national profile once she took office, lighting up social media with clips of her using her prosecutorial skills to grill Trump nominees and officials. Her committee assignments — Judiciary, Budget, Intelligence and Homeland Security — didn’t lend themselves to a leading role on climate change, but she earned a 91% pro-environmental voting record from the League of Conservation Voters.

“She’s not a natural climate hawk. She’s not one of those people who’s getting into Congress with this central desire to do something about climate change,” says RL Miller, a California Democratic activist and political director of Climate Hawks Vote, a group that advocates for aggressive climate change policies. “But she’s compiled a good record.”

When Harris joined the campaign in January 2019 she, like most of her Democratic opponents, lacked a climate plan. But even in the early days of the campaign, it quickly became clear that the candidates would not be able to sidestep the topic.

Climate activists from the Sunrise Movement pushed the issue into the headlines with splashy protests and sit-ins at the offices of Congressional leadership. In February, they visited the offices of presidential candidates. Harris’ staffers greeted the marchers politely, and welcomed a few of them to a closed-door discussion. But it was clear already where they were truly welcomed: Senator Bernie Sanders came to greet them and praised their work.

For months, activists dogged Harris — along with other candidates — demanding big commitments on climate. On her campaign trips to early voting states, the issue came up over and over again. In Iowa, for example, voters talked about the destruction of their crops in storms and demanded solutions that considered agriculture.

Under pressure, Harris endorsed the Green New Deal early on, becoming one of its original co-sponsors. And, in July, she signed a pledge not to take money from fossil fuel executives. “She listened to folks about the Green New Deal, she listened to folks about the no fossil fuel pledge,” says Raad. “She is someone that’s willing to listen and be pushed. And I think that’s something that climate activists are pretty excited about.”

But this, of course, wasn’t enough to convince climate-concerned voters. Nearly all the candidates talked big on climate: Inslee put out multiple plans at a rapid clip, Sanders called for $16 trillion in climate spending and even Biden, who is not best known for his environmental bonafides, launched a big climate push early in the campaign.

“Everybody was pretty much leading in a progressive direction,” says Julian Noisecat, a climate activist at the progressive group Data for Progress. “And the question was, ‘how far were you willing to go?’”

To distinguish herself, Harris focused on what she knew best: litigation and environmental justice. “Her climate plan was what anyone would have expected given the two things everybody in America knows about Kamala,” says Miller. “Number one, she’s a cop, or prosecutor, and number two she’s African American.”

In July, she partnered with freshman Rep. Alexandria Ocasio-Cortez to introduce a Climate Equity Act that would require environmental legislation to receive an “equity score,” judging how it would affect at-risk communities and require federal agencies to consider environmental justice more fully in their policymaking.

Harris’s comprehensive climate plan came in September just before the climate town hall, and made news for its provisions that would bolster the Environmental Protection Agency’s enforcement capabilities while making it easier for plaintiffs to sue fossil fuel companies for the harm caused by their pollution. Those provisions came on top of a call for trillions of dollars in federal spending on climate. Climate activists, many of whom who consider the fossil fuel industry to be a sworn enemy, celebrated the proposal.

Harris dropped out of the Democratic primary in December, before the first nominating contest, but she continued her climate justice work on Capitol Hill. In August, before receiving the nod from Biden, she released an updated version of her Climate Equity Act. By she was nominated in early August, climate activists were ready to applaud her candidacy.

“Harris showed her responsiveness to activist and movement pressure to make climate a top priority, and demonstrated her willingness to be held accountable,” said Sunrise Movement Executive Director Varshini Prakash in a statement.

With her on the ticket, climate activists say the shape of future climate policy is taking shape: her focus on environmental equity pairs well with Biden’s experience shepherding funding for clean energy. Biden oversaw the distribution of $90 billion in stimulus funding that was directed to clean energy amid the Great Recession.

“Biden has always understood the importance of clean energy investments,” says Raad. “With Kamla, he’s saying we’re going to have bold climate policy with a standards, investment and justice approach.” 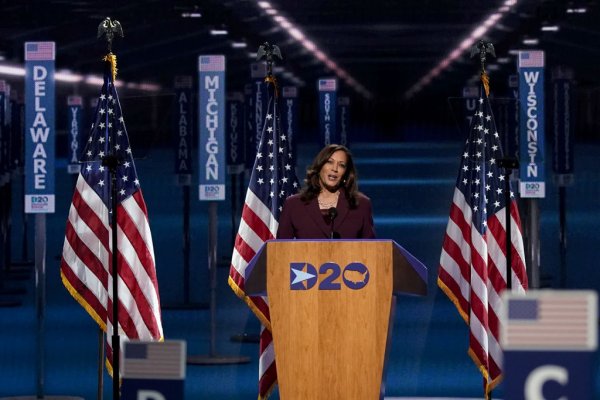