California Rep. Katie Porter Schools Congress With a White Board

About a decade ago, Kamala Harris called up Elizabeth Warren to ask for a tip. It was the messy aftermath of the Great Recession, and Harris, then California’s attorney general, needed a recommendation for someone who could handle the complicated job of overseeing the settlement money that big banks had paid for creating and bursting the infamous mortgage-backed-securities bubble.

“I said, ‘Talk to Katie Porter,'” Warren recalls telling Harris. Porter, who was then a University of California, Irvine, law professor, had been a student of Warren’s at Harvard Law School. Warren remembered her as “Fully prepared. Ready to go. Leaning forward. All systems go.”

Harris listened. In 2012, she appointed Porter to the role of California’s independent bank monitor, where the professor spent about two years overseeing more than $18 billion in debt and mortgage relief, responding to more than 5,000 consumer complaints and authoring half a dozen reports on bank compliance. And she did it all on a shoestring. When Porter was finally given funds to hire an assistant–but not enough to hire another attorney–she got creative, Warren recalls. Porter asked her assistant to “dress up to look more like a lawyer” so the two of them could appear formidable at meetings.

Today, as Porter’s first term as a Congresswoman for California’s 45th District draws to a close, her reputation for being a tough–and sometimes theatrical–leader remains intact. In a March 2019 House Committee on Financial Services hearing, Porter stumped Consumer Financial Protection Bureau director Kathy Kraninger on the difference between an interest rate and an annual percentage rate. Unsatisfied with Kraninger’s answer, Porter pulled out a textbook she’d authored, Modern Consumer Law. “I’ll be happy to send you a copy of the textbook that I wrote,” the Congresswoman said.

At a hearing the next month, Porter pushed JPMorgan Chase CEO Jamie Dimon to explain why his employees’ wages are so low. She calculated that a single mom working full time as a Chase bank teller in Irvine would end up $567 in the red each month after paying for necessities, like rent on a one-bedroom apartment and day care. “How should she manage this budget shortfall while she’s working full time at your bank?” she asked Dimon, who didn’t have a solution. At yet another hearing in May 2019, she flummoxed Housing and Urban Development Secretary Ben Carson by quizzing him on the foreclosure-related term real estate owned. Carson suggested that its acronym, REO, sounded like an Oreo cookie. (Porter threw away the Oreos Carson sent her after the hearing, she says.)

Porter’s commitment to holding power to account has culminated in her near meteoric rise on the Hill and–according to the Cook Political Report–great odds at re-election in her historically red district this November. In a moment where the nation’s President is broadcasting scientifically disproved and potentially deadly lies in service to a political agenda, Porter emerges as an avatar of what fact-based politics could look like: nerdy, data-driven and serious about improving the lives of working-class Americans.

This year, Porter again applied her wonky approach to the Capitol as her colleagues grappled with the deadliest pandemic in a century, combined with the worst economy since at least 2008. During a March 12 House Oversight and Reform Committee hearing, Porter whipped out a whiteboard to illustrate what it would cost an uninsured American to undergo coronavirus diagnostics. The figure was $1,331. “Fear of these costs [is] going to keep people from being tested, from getting the care they need and from keeping their communities safe,” she told the room, which included Dr. Robert Redfield, the director of the Centers for Disease Control and Prevention (CDC). Citing an existing law that grants Redfield the power to make testing widely available during a public-health emergency, she used her remaining moments to ask Redfield whether he would commit to invoking it. She asked him some variant of the same question three times, upping her gusto with each iteration until Redfield, visibly beleaguered, finally folded: “I think you’re an excellent questioner,” he said. “So my answer is yes.”

Congressman Mike Levin, a fellow freshman Democrat, jokes about her tenacity. “Fortunately,” he says of their time together on the campaign trail, “I never was subject to the whiteboard.”

In a recent zoom interview from her California kitchen, Porter answers my questions while folding a heap of laundry for her three kids, ages 8, 12 and 14. What goes through her mind when an expert witness skirts her relentless inquiries? In the case of the exchange with Redfield, she was irate. She had told the CDC before the hearing that she would be asking that exact question and that Redfield should be prepared to answer it. “Never in all my years as a teacher have I given the answer out in advance, and yet he resisted,” she says. “He knew the law, he knew what answer was the correct answer, he just didn’t want to be accountable for using the law to better Americans’ lives.”

Porter’s commitment to fighting for the little guy is born, perhaps, of her own modest roots. She grew up on a farm in Iowa, where her father was a farmer turned banker and her mother founded a magazine and a public-television show about quilting. With the help of scholarships and student loans, Porter attended Yale as an undergraduate and Harvard for law school. Between the two endeavors, she taught eighth-grade math. That’s when she discovered what she calls the “performative art to teaching”–a skill she employs today, whiteboard in tow, at House Financial Services Committee hearings. As a single mom and a domestic-abuse survivor, she has seen firsthand the value of government-funded benefits. She says she wouldn’t have made it to Washington without access to free public education for her children. “There is no room in my budget to pay for private school,” she says. “Knowing that my kids are safe, that they’re learning and building good life skills in public school, makes this job possible.”

Like many single moms, she is adept at multitasking. Shortly into our conversation, still folding clothes, the Congresswoman jumps onto a virtual briefing on racial justice and policing. When a GOP colleague mentions “the gentleman who died in Minnesota,” she holds up a handmade sign scrawled on a wrinkled piece of paper: Say his name. George Floyd. It’s a hallmark Porter move. She’s unwilling to let a teachable moment pass, says Josh Mandelbaum, one of Porter’s former law students. “She didn’t treat her students any differently than she treated a CEO in front of Congress,” he recalls. “She expected you to be prepared.”

As a progressive Democrat who supports more accessible health care and fewer accessible guns, she’s not necessarily a natural fit for her California district, which has elected Republicans to the House since it was created in 1983. In 2018, her narrow, 4-point victory was partially the result of a recent influx of new Latino and Asian voters, who tend to vote Democratic. But Porter suggests her appeal is also the result of her style. As a natural teacher, she’s driven by facts, fairness and, she says, “calling people out for what they’re saying when it doesn’t make any sense.” It’s a message of accountability that she’s willing to deliver to even the most formidable power brokers in Washington. “I’m not letting them off the hook, because I believe in democracy,” she says, “because I believe in government.” 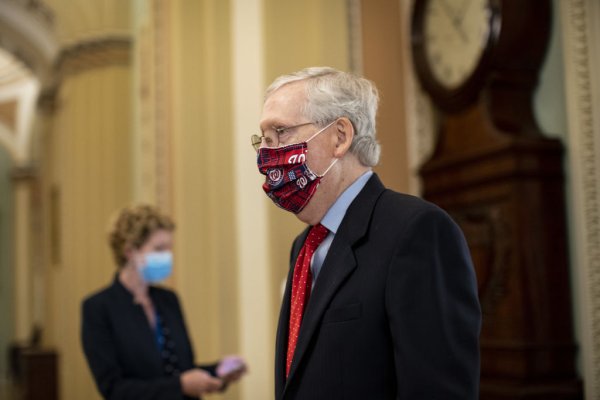