Starting in 2012, journalist Sabar investigated the story of the infamous Coptic fragment that turned out to be a forgery
By Lucas Wittmann

For a moment back in 2012, readers around the world might have thought that Jesus had had a wife. Karen King, an esteemed professor at Harvard University’s Divinity School, made headlines when she revealed what she named “The Gospel of Jesus’ Wife,” a small fragment of papyrus with eight cryptic, incomplete lines in Coptic, including: “Jesus said to them, My wife …” The journalist Ariel Sabar was on hand in Rome for her attention-grabbing announcement, which seized the media’s attention (including this magazine’s), thanks to the tantalizing possibility of an entirely different Christian history—one in which Mary Magdalene, the possible wife in question, was even more central to Jesus’ story. King’s discovery had the potential to upend a millennia-old, male-centric history.

King said at the time, “My own faith, and the faith of other Christians, is best built on good history.” But that’s not exactly what she was presenting to the world, as Sabar examines in his new book Veritas: A Harvard Professor, a Con Man and the Gospel of Jesus’s Wife. As she had done previously in her original and acclaimed work on the Gnostic Gospels, King told a brilliant alternate history, neatly packaged and ready for prime time. But there was one problem: it wasn’t true. Even before she went public with her discovery, some scholars and papyrologists questioned the authenticity of the fragment. Then the furor died down a bit until 2014, when publication in an esteemed journal of theological history seemed to confirm that this papyrus might be real. But by 2016, thanks to Sabar’s reporting in the Atlantic and a growing list of rebuttals from Coptic experts and scientists, it was clear the fragment was nothing more than a bad forgery cobbled together from publicly available Gnostic texts with sloppy penmanship. King finally admitted that she had been duped.

Sabar revealed in his reporting that the text had originally been brought to King by Walter Fritz, a failed German student of Egyptology and director of the Stasi Museum turned Florida-based wife-swapping pornographer. The mystery of Fritz—and why King did not fully investigate the provenance of this scrap—is at the center of Veritas. It’s a story about journalism done right, about Sabar’s own capable, dogged sleuthing to get to the bottom of those famous headlines. Along the way, Sabar explores the history of alternate Christian texts, the eccentric scholars who investigate them and the internal workings of Harvard.

In our moment of truthiness, to borrow a term from Stephen Colbert, Veritas offers a vital lesson less about Christianity than about what happens when a scholar decides that the story is more important than the truth. King had spent her career presenting an important scholarly narrative about the need to re-evaluate and reinterpret the canonical story of Christianity, to allow for women to play a central role and to question some of the central tenets of how established churches told the world’s most famous story. But in Sabar’s convincing and damning assessment, when it came to Jesus’ wife, she bypassed the facts, ignored peers who warned her something was amiss and failed to thoroughly interrogate how Fritz came to possess this stunning artifact.

One can imagine the appeal of the moment: the chance to inspire a frank discussion about who gets to be at the center of the story of Christian truth. By the end of Veritas, the reader is left wishing King had stuck to her own vision of “good history” and asked the hard questions before she went public. Instead, she let a papyrus scrap obscure the larger point she had been making for decades. 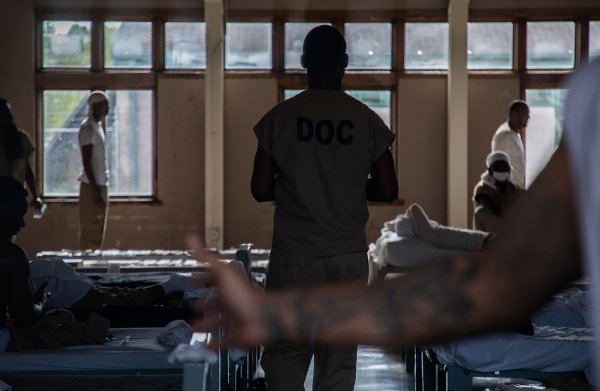 We Must Change How We Treat Mental Illness
Next Up: Editor's Pick