Beirut Was Already Suffering. Then Came a Deadly Explosion

The electricity was out at Fatima Al Mahmoud’s Beirut home even before a colossal explosion ripped through the Lebanese capital late on Tuesday afternoon, killing at least 135 people, and wounding a further 5,000.

A senior editor at online city guide Beirut.com, the 22-year old had been working remotely due to COVID lockdowns when a blast she initially mistook for an earthquake rattled her family’s apartment. Moments later, a much larger explosion—so big it was felt 150 miles away in Cyprus—shattered her bedroom windows. Mahmoud dragged her 12-year-old brother to the relative safety of their corridor and in the 25 minutes before the generators kicked back in and restored her Internet connection, agonized over the safety of her other teenage brother. The panic and uncertainty brought to mind the summer of 2006, when war broke out between Lebanon and Israel. But the terror she experienced at that time, Mahmoud says, “was nothing compared to what I felt yesterday.”

Mahmoud, who managed to locate her brother and whose apartment sustained only minor damage, is among Beirut’s more fortunate residents.

A volunteer named Ahmad, who works with a Palestinian organization helping victims of the massive explosion in Beirut, prays amid rubble on Aug. 5, 2020.
Myriam Boulos

The blast, which Lebanese authorities say took place at a warehouse containing massive quantities of explosive materials at the capital’s port, has left Beirut’s downtown strewn with rubble and twisted rebar. It blew out windows at Beirut’s airport more than five miles from the blast site and rendered 200,000 people homeless according to Beirut’s governor Marwan Abboud, who estimated the cost of the damage at up to $5 billion.

After a night during which radio presenters read out the names of the missing and injured as relatives scrambled to locate loved ones, rescue teams were on Wednesday still pulling wounded survivors from the rubble, and retrieving bodies from the water. The death toll could rise still further, with many still missing according to Lebanon’s health minister.

Beirut's destroyed port seen after the massive explosion one day earlier, on Aug. 5
Hassan Ammar—AP
Wounded people walk through the debris in the heart of Beirut following a twin explosion that shook the capital on August 4, 2020.
Marwan Tahtah—AFP via Getty Images

The tragic impact of Tuesday’s blast is compounded by the pressure it will exert on Lebanon’s already devastated economy. Amid scrutiny over the government’s culpability, Lebanon’s already volatile political climate is expected to further heat. Beirut’s port, which houses the country’s only grain silos and receives 80% of its imports, was “basically the only still thing still keeping us going,” says Mahmoud. “It’s where the wheat is stored, the medicine is stored, the fuel is stored. Now all of that is gone.”

Lebanon’s economy had already been on the brink of collapse. Beginning last October more than a million protesters in a country of about 6 million people have taken to the streets, directing anger at inefficient government services, corruption in Lebanon’s patronage-based political system, interference from foreign states like Iran, and the worst economic crisis since Lebanon emerged from its 15-year long war in 1990.

Government shutdowns in response to the global pandemic halted Lebanon’s protest movement, but they also added to its economic desperation. One in three Lebanese citizens is unemployed, the currency has lost 80% of its value against the dollar since last fall, and mains electricity is only available for a few hours each day. In a statement accompanying a July 28 report that showed that almost a million people in greater Beirut do not have money for sufficient food, Save the Children’s acting Country Director Jad Sakr said: “We will start seeing children dying from hunger before the end of the year.”

Tuesday’s blast will heap yet more pressure on Lebanon’s embattled government. Lebanon’s Prime Minister Hassan Diab said in a statement that 2,750 metric tons of ammonium nitrate, which is typically used as an agricultural fertilizer, had been stored at a port warehouse for six years, “endangering the safety of citizens”. As for why it was there, “you will have to ask customs,” Lebanon’s Interior Minister Mohammed Fehmi told local reporters in Arabic on Tuesday. Asked why fireworks were stored near the ammonium nitrate—a reason local media has provided for how the explosives were ignited—the Director-General of Lebanese Customs Badri Daher shifted blame to Beirut’s port authorities.

Reports have linked the ammonium nitrate to a Moldova-flagged cargo ship called the Rhosus, which was carrying the same quantity of the explosive material to which Diab referred in his statement before Lebanese authorities impounded it in 2013. In a letter sent to Russian journalists in 2014, the ship’s Russian captain said the chemicals onboard effectively made the vessel a “floating bomb.” How and why they remained at the port for six years is still unclear, but Reuters reports that Lebanon’s government has agreed to place all Beirut port officials who have overseen storage and security since 2014 under house arrest.

An injured man sits next to a restaurant in the Mar Mikhael neighborhood of Beirut on August 5 in the aftermath of the massive explosion.
Patrick Baz—AFP via Getty Images

Buck-passing has long been a facet of Lebanon’s dysfunctional political system, but it also underscores the fact the Lebanese state does not exercise full control over the port, says Lina Khatib, who leads the Middle East and North Africa program at London-based think tank Chatham House. Hezbollah, a militant Iran-backed political faction close to Lebanon’s President Michel Aoun is known to have a hand in the running of Beirut’s Port.

In addition to being vital to the Lebanese economy, the port has long been a conduit of smuggling for multiple political groups in the country. Hezbollah, which the U.S. and some European countries has designated a terrorist organization, “has in the past used the port to smuggle explosive material into Lebanon for the manufacturing of ammunition,” Khatib says.

There is no evidence that was the intended purpose of the ammonium nitrate said to have caused Tuesday’s blast, and an initial investigation has reportedly found years of inaction and negligence over its storage. Still, Hezbollah’s oversized political role in Lebanon is one factor in the country’s economic crisis, which has been exacerbated by the White House’s maximum pressure campaign. That had made Lebanon’s European backers, such as France, wary of providing financial support in the recent past.

In the wake of the blast, offers of aid have come from countries including Qatar, France, Russia, Iran, Russia, and even Israel, which is still technically at war with Lebanon. France’s President Emmanuele Macron is set to meet Aoun on Thursday. But longer-term, Khatib says, “the only way forward is for the [International Monetary Fund] to support Lebanon.” Talks over a bailout stalled last month and the IMF has conditioned its assistance on Lebanon implementing a range of measures designed to increase transparency and financial accountability. Failing to undertake urgent reforms now, says Khatib, will push Lebanon to become a “failed state.”

For now, civil society groups have stepped in to fill the gaps left by the government. Mahmoud, the Beirut.com editor says that she and her friends set up an online volunteer group that gathers donations to help people struggling to buy food and other essential goods after the blast. An Instagram page called @open_houses_lebanon offers accommodation for the displaced in over 150 locations across Lebanon. On Twitter, others offered vacant rooms under the hashtag #ourhomesareopen.

Still, the immediate focus on helping those most urgently in need will not detract from public anger at the government, says Mahmoud. “People are promising that today we mourn our martyrs and tomorrow we go back to the streets,” she tells TIME. “I hope that’s true.” 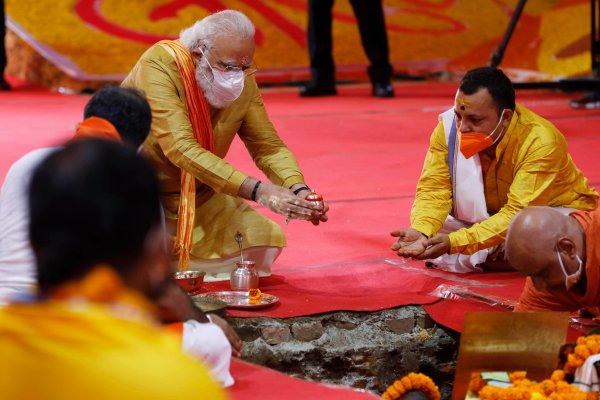