Joshua Wong holds his application for his run in the 2020 Legislative Council Election during a press conference in Hong Kong on July 20, 2020.
Vernon Yuen—NurPhoto/Getty Images
By Natalie Lung and Iain Marlow / Bloomberg

Hong Kong’s government barred 12 pro-democracy activists including Joshua Wong from running in September elections and said more could be disqualified, confirming fears that officials would use a new security law to deny them the chance to achieve a legislative majority.

The government said the barred nominees didn’t comply with requirements that included support for the national security legislation imposed by China last month, but did not name the candidates expelled from the Legislative Council vote. Prominent activist Joshua Wong, the subject of a Netflix documentary, confirmed the government invalidated his nomination.

“There is no question of any political censorship, restriction of the freedom of speech or deprivation of the right to stand for elections as alleged by some members of the community,” the government said in a Thursday statement.

The move was announced hours after Hong Kong police arrested four student activists over online comments they said violated the sweeping new national security law imposed on the city by China late last month. It marked the first time authorities in the financial hub have used the measures to limit speech on the internet.

Hong Kong’s opposition has hoped to ride the momentum of its landslide victory in last November’s District Council vote to a majority in the Legislative Council election scheduled for September. But the enactment of the security law has fueled fears in recent weeks that the government will seek to bar candidates who have criticized local authorities and their backers in Beijing.

The government’s statement listed what it called behavior or actions that signified candidates did not “genuinely uphold” the city’s mini-constitution, the Basic Law.

Among those actions was “expressing an objection in principle to the enactment of the National Security Law,” as well as asking a foreign government to intervene in Hong Kong’s politics and expressing an intention to “indiscriminately” vote down government proposals — all of which are things many opposition candidates have done in recent months.

About 56% of Hong Kong residents oppose the legislation, compared with 34% who support it, according to a Reuters/Hong Kong Public Opinion Research Institute poll released before the law’s enactment. 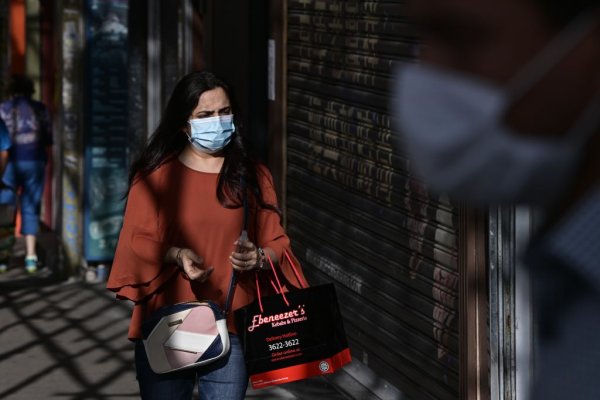