Hong Kong, Which Had All But Beaten Coronavirus, Adopts Tough Restrictions Amid a Troubling Surge

Hong Kong officials announced on Monday the strictest social distancing measures the city has yet seen to combat a troubling surge in coronavirus cases in the city.

The latest rules limit the size of public gatherings to two people, and make it mandatory to wear a mask outdoors, even during exercise. Dining in restaurants will also be banned. Earlier restrictions closed down gyms, bars and many public venues; made masks mandatory indoors; and limited in-restaurant dining to before 6 p.m.

“The pandemic situation in the city continues to be severe, and confirmed cases in the past week continue to surge rapidly,” Chief Secretary Matthew Cheung said at a press conference. “We have many untraceable cases and it’s difficult to eliminate the hidden transmission chain in a short period of time.”

Hong Kong has avoided the strict lockdowns seen in the U.S., Europe and mainland China—though officials had imposed various social distancing measures beginning in January when the first cases of COVID-19 were reported. The looser restrictions were due in part to how proactive Hongkongers were regarding the virus—masks have been nearly universal for months, and hand sanitizer was widespread even before the outbreak. The public response was largely due to memories of the 2002-2003 SARS outbreak, which killed nearly 300 people in the city.

Just a handful of locally-transmitted cases had been confirmed for several weeks before the number began ticking upwards about three weeks ago. Many social distancing measures had been rolled back—employees had gone back to work and children had gone back to school—before the government began to tighten restrictions again this month.

Officials have not yet been able to track the origin of many of the new cases, but residents have called on the government to close loopholes that allowed quarantine exemptions for some entering the city. The government announced on July 26 that it would tighten traveler testing and quarantine rules this week, including stricter measures for the crews of planes and ships visiting the city.

Ben Cowling, a professor of infectious disease epidemiology at the University of Hong Kong, says the strict new rules are the result of higher case numbers than previously seen in the city. “These are stricter than the measures that were used in March to bring transmission under control, but the case numbers we’re seeing now are higher,” he says.

The semi-autonomous Chinese territory, until a few weeks ago, had used border controls and tracking and tracing to keep cases under control through successive waves of COVID-19. Despite its close transport links to Wuhan, where the virus is believed to have originated, and its high population density, Hong Kong managed to largely stop the original outbreaking from crossing the border from the mainland in January and February. A second wave, brought by Hongkongers returning home from the U.S. and Europe in March and April, was defeated with mandatory quarantines for travelers. Around 2,800 people have been confirmed to have the virus in the city of 7.5 million, and 20 people have died.

The city is not alone in the region in wrestling with resurgent coronavirus outbreaks. Vietnam’s port city of Danang imposed social distancing measures on Monday after officials discovered the first case of community transmission in the country for 100 days over the weekend, according to the VnExpress news site. Official COVID-19 cases in Indonesia, the world’s fourth-most populous nation, surged past 100,000, and officials admitted they don’t know when the outbreak there will peak. India reported a daily high of nearly 50,000 new cases on Monday, bringing the national tally to 1.43 million. And the outbreak in the Australian state of Victoria continued unabated Monday—with cases hitting a new record of 532. 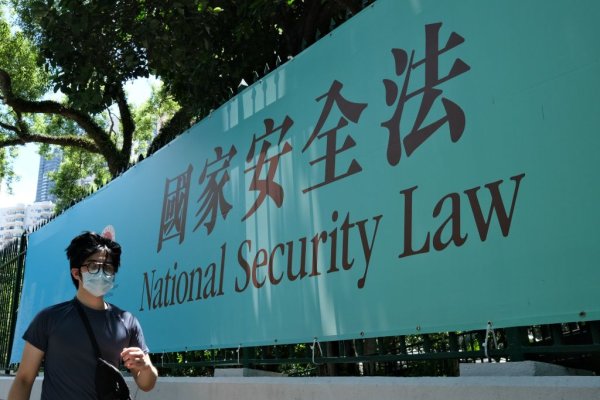 The Chilling Effect of Hong Kong's New Security Law
Next Up: Editor's Pick