Chinese Scientist Wanted by the FBI Believed to be Hiding in San Francisco Consulate as U.S.-China Tension Continues

A Chinese national flag flies at half-mast to mourn for people who died in the fight against COVID-19 at the Consulate-General of the People's Republic of China in San Francisco on April 4, 2020.
Chinese Embassy to U.S./Handout/Xinhua/SIPA
By Billy Perrigo

A Chinese scientist wanted by the FBI is camped out in China’s San Francisco consulate, accused of lying on her research visa by concealing her ties to the Chinese military, according to court filings dated Monday.

The news, first reported by Axios, comes amid deepening tensions between the U.S. and China over alleged spying by Chinese visitors to the U.S.

On Tuesday, Washington ordered Beijing to vacate its Houston consulate within 72 hours, accusing the Chinese military of using it as a base for a campaign of espionage and intellectual property theft.

U.S. prosecutors said the San Francisco case was not isolated. It “appears to be part of a program conducted by the [Chinese army] … to send military scientists to the United States on false pretenses,” prosecutors said.

Juan Tang, the scientist allegedly now hiding in the San Francisco consulate, was charged with visa fraud after an FBI investigation turned up photos of her in military uniform, despite her saying on her visa application that she had never served in the military.

After denying during questioning she had served in the military, the FBI searched Tang’s residence and found electronic evidence of her affiliation to the People’s Liberation Army (PLA), the official name for the Chinese army. But Tang was not arrested, and some time after her interview she went to the San Francisco consulate, “where the FBI assesses she has remained,” according to the court filing. Visa fraud carries a maximum penalty of 10 years in prison.

Prosecutors said the Tang case demonstrates that the Chinese consulate in San Francisco “provides a potential safe harbor for a PLA official intent on avoiding prosecution in the United States.”

The filing details the cases of three other individuals accused of covering up their ties with the Chinese military to gain entry to the U.S., which prosecutors say could be part of a wider project of espionage. “There exists evidence in at least one of these cases of a military scientist copying or stealing information from American institutions at the direction of military superiors in China,” they said.

The FBI is investigating several similar cases in relation to the Houston consulate, according to the New York Times, which cited an official document outlining investigations into consulate officials’ alleged attempts to persuade more than 50 academics to hand over secretive research to China.

On Tuesday, the Justice Department accused two Chinese hackers of attempting to steal data on coronavirus vaccine research on behalf of the country’s intelligence services.

Shortly after the U.S. ordered China to close its Houston consulate on Tuesday, footage showed people burning papers in bins in the building’s courtyard.

Beijing called the order to close the consulate illegal, and vowed to retaliate. “For some time, the United States government has been shifting the blame to China with stigmatization and unwarranted attacks against China’s social system, harassing Chinese diplomatic and consular staff in America, intimidating and interrogating Chinese students and confiscating their personal electrical devices, even detaining them without cause,” said Wang Wenbin, a spokesperson for China’s Ministry of Foreign Affairs. 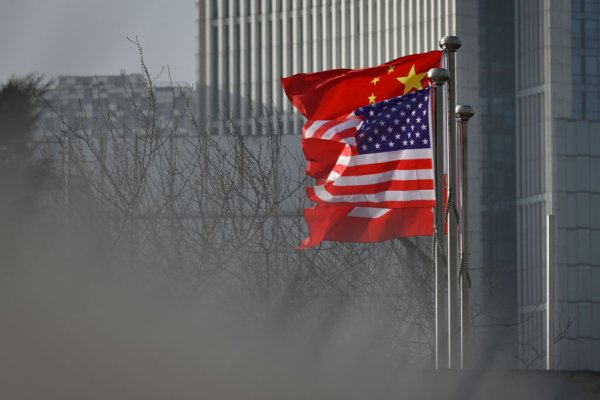