NASCAR driver Bubba Wallace spoke to TIME about the biggest lessons he’s learned over the past few weeks.

It just was always there. And I never understood the history behind it and how it made certain people feel. I had the pest-control guy come by yesterday, and he was like, “Man, I appreciate everything you’re doing.” He’s never gone to a race because of the flag. And now he plans on going. He’s African American. I thought that was pretty powerful.

What lessons have you learned during these past few weeks?

It’s very hard for people to understand that one side of the flag means hatred and everything bad. The other side, it’s heritage with the South. So we had to have those tough conversations with those people to get them to fully understand, Hey, this isn’t only about you. It’s about everybody making us feel welcome. And if you don’t want to take the time to understand that, then what type of human being are you?

Despite NASCAR’s Confederate-flag ban, some-one flew it, for example, over the Bristol Motor Speedway in July. Did you see that, and what was your reaction?

We were a mile and a half, two miles out from the speed-way, and you could see it. I pointed it out to my girlfriend, and we just laughed, and I didn’t think anything of it after that. Just like, All right, cool.

The Defense Department just announced a policy that does not permit the Confederate flag to be flown on military installations. Do you think your stance, and NASCAR’s stance, had something to do with that?

I would say so. I think everybody’s trying to come together to make the world a better place. You’re not going to be able to do that with Confederate flags being flown.

In June, a noose was found in your garage at Talladega; an FBI investigation determined that the noose had been there since at least last October and no hate crime was committed. On Twitter, President Trump suggested that you apologize and called the incident a “HOAX.” You wrote in response: “always deal with the hate being thrown at you with LOVE! … Even when it’s HATE from the POTUS.” Why do you think the President’s tweet contained hate?

It’s like, Dude, you don’t even know your facts. You’re going off bogus information when the facts are right there in front of you. To come up with that, it feels like it’s to alienate and divide. It just wasn’t the right time for that. So I guess he was just trying to get his numbers up through this.

During the investigation, a sea of drivers and crew members walked next to and behind your car at Talladega. Do you think that moment will have lasting power?

For sure. At the end of the day, it showed a lot of love, compassion and understanding. It showed unity. That’s what our sport is trying to represent. Despite the stigmas we may have, this is a family sport, and we welcome with open arms.

Has your rising profile added more pressure to win?

I can’t just let what I’m doing off the track be my legacy. There are comments out there that a person who’s never won is being more of an icon than people that have won–that I’m using [activism] because I can’t win. It’s tough to read that stuff. So there’s nothing that’s more motivating to go out there and compete every weekend, to go out and get a win. So I can just shut everybody up. 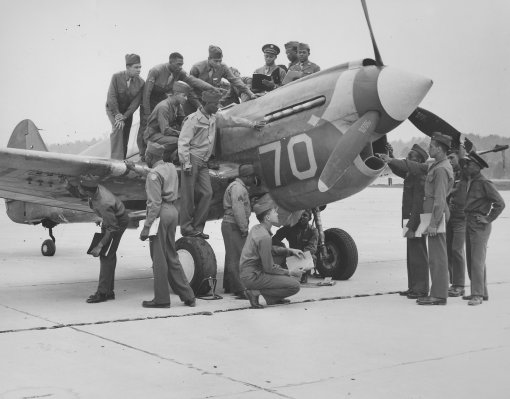